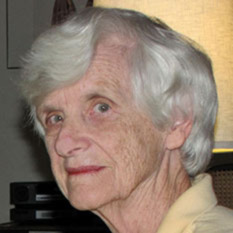 Marcia Neugebauer is a prominent American geophysicist who made important contributions to space physics. Neugebauer's pioneering research yielded the first direct measurements of the solar wind and shed light on its physics and interaction with comets.

Neugebauer was a primary investigator of the Mariner 2 plasma analyzer that made the first extensive measurements of the solar wind and discovery of its properties. She also developed analytical instruments that orbited Earth, some set up on the moon by the Apollo astronauts, and others that flew by Halley's comet on the European Giotto mission.

Neugebauer was Study Scientist for many space missions during her long career with NASA, and held several management positions at the Jet Propulsion Laboratory, including Manager of the Physics and Space Physics sections, Manager of the Mariner Mark II study team, and Project Scientist for Rangers 1 and 2 and the Comet Rendezvous Asteroid Flyby mission.

In 1967 the Museum of Science and Industry named Neugebauer "California Woman Scientist of the Year." She received many awards from NASA, including the Exceptional Scientific Achievement Award, the Outstanding Leadership Medal, and the Distinguished Service Medal (the highest award given by NASA).

Neugebauer served as president of the American Geophysical Union and was Editor-in-Chief of its journal Reviews of Geophysics. She also chaired the National Academy of Sciences' Committee on Solar and Space Physics.