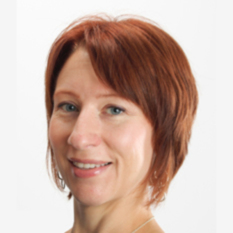 Planetary scientist Dr. Lori Fenton joined the SETI Institute as a principal investigator in 2006, and was awarded NASA's Carl Sagan Fellowship for Early Career Researchers that same year. Lori's primary research interests include aeolian geomorphology (how wind shapes a planetary surface) on Venus, Earth, Mars, and Titan; recent and ongoing climate changes; and the mobility of wind-blown sand and dust. Her research makes use of many different types of information, including fieldwork on Earth, visible and thermal imagery from spacecraft, and wind predictions from atmospheric models such as the NASA Ames Mars Global Climate Model (Ames MGCM) and the Mars Regional Atmospheric Modeling System (MRAMS).

Lori's recent publications describe how dunes and dune fields record climate change on Mars, the first evidence for dune migration on another planet, how atmospheric models can be used to account for wind gustiness and its effects on sand movement, and how the alignment of dune patterns can be used to quantitatively constrain local wind patterns. 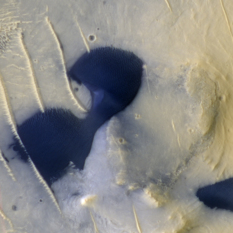 Sand Waves in the Desert

I have a pet peeve: the words dune and ripple are often used interchangeably, although they are quite distinct from one another. So what’s the difference between aeolian dunes and ripples? And why should anybody care?