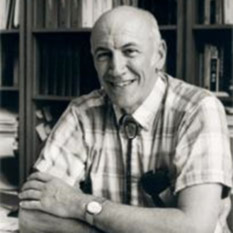 Larry Haskin was a Professor and Chairman in the Department of Earth and Planetary Sciences at the Washington University in St. Louis. He passed away in 2005 after a long struggle with myelofibrosis.

A crater on the Moon was named in his honor.