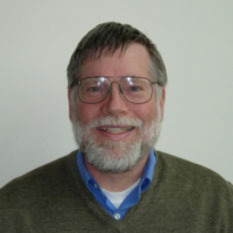 Dr. Esposito is the principal investigator of the Ultraviolet Imaging Spectrograph (UVIS) experiment on the Cassini space mission to Saturn. He was chair of the Voyager Rings Working Group. As a member of the Pioneer Saturn imaging team, he discovered Saturn’s F ring. He has been a participant in numerous US, Russian and European space missions and used the Hubble Space Telescope for its first observations of the planet Venus. He was awarded the Harold C. Urey Prize from the American Astronomical Society, The NASA Medal for Exceptional Scientific Achievement, and the Richtmyer Lecture Award from the American Association of Physics Teachers and the American Physical Society.

Dr. Esposito has written his Ph.D dissertation, numerous scientific publications, scholarly reviews on the topic of planetary rings as well as the Cambridge University Press book Planetary Rings. Along with his students and colleagues he continues to actively research the nature and history of planetary rings at the University of Colorado, where he has been since 1977. He is now Professor of Astrophysical and Planetary Sciences and a member of the Laboratory for Atmospheric and Space Physics (LASP).