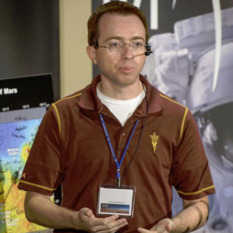 Jonathon Hill is a mission planner at Arizona State University, where he operates the THEMIS camera currently orbiting Mars on NASA's 2001 Mars Odyssey spacecraft. He previously operated the Mini-TES instruments on the Mars Exploration Rovers Spirit and Opportunity for over five years, and will participate in mission operations for the OSIRIS-REx sample return mission to the asteroid Bennu (instrument operations for OTES, the OSIRIS-REx Thermal Emission Spectrometer) and the Europa Clipper mission to Jupiter's icy moon Europa (instrument operations for E-THEMIS, the Europa Thermal Emission Imaging System), once those missions reach their targets. He graduated from Arizona State University with degrees in Aerospace Engineering, Geological Sciences and Russian, and in his free time, is currently finishing up a PhD in Geological Sciences by studying salt deposits in the southern highlands of Mars. 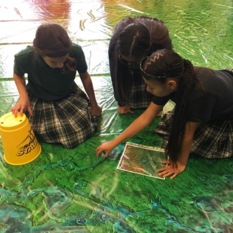 Walking on Mars: Bringing the Red Planet Down to Earth

What happens when you print a map of Mars the size of a basketball court?