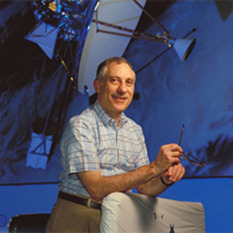 Pollack specialized in atmospheric science, especially the atmospheres of Mars and Venus. He investigated the possibility of terraforming Mars, the extinction of the dinosaurs and the possibility of nuclear winter since the 1980s with Christopher McKay and Carl Sagan. The work of Pollack et al. (1996) on the formation of giant planets ("core accretion paradigm") is seen today as the standard model.

He explored the weather on Mars using data from the Mariner 9 spacecraft and the Viking mission. On this he based ground-breaking computer simulations of winds, storms, and the general climate on that planet. An overview of Pollack's scientific vita is given in the memorial talk "James B. Pollack: A Pioneer in Stardust to Planetesimals Research" held at an Astronomical Society of the Pacific 1996 symposium.

He was a recipient of the Gerard P. Kuiper Prize in 1989 for outstanding lifetime achievement in the field of planetary science. Pollack died in 1994 from a rare form of spinal cancer, at age 55.

A crater on Mars was named in his honor.