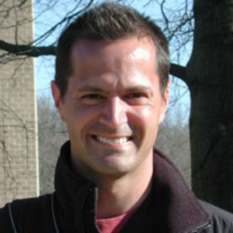 Jake Maule is a biologist at the Carnegie Institution of Washington interested in the ecology, microbiology, and molecular biology of extreme environments on Earth. He is also the Project Scientist for a microbiology device scheduled for launch on Space Shuttle STS-116 to the International Space Station in December 2006.

Born and raised in London, England, he obtained his Ph.D. in genetics from Imperial College London in 1999. His interest in space exploration took him to the International Space University (ISU) in Strasbourg, France, where he studied for a Masters of Space Studies. Following ISU, he worked for three years as a postdoctoral researcher at the NASA Johnson Space Center (JSC) in Houston, Texas, before joining the astrobiology research program of the Carnegie Institution of Washington.

His research has taken him from the high desert of Arizona to active volcanoes of Kamchatka to the fjords and mountains of Spitsbergen in the Arctic.