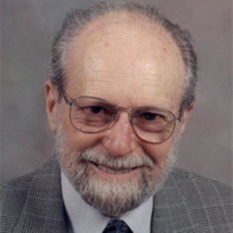 E. Imre Friedmann (1921 – June 11, 2007) was a biologist, Robert O. Lawton Distinguished Professor of Biology at Florida State University and the NASA Ames Research Center, and Director of the Polar Desert Research Center. He was also a Foreign Member of the Hungarian Academy of Sciences, and a Concurrent Professor at the University of Nanjing, China. His research focused on endolithic microbial communities and astrobiology.

Friedmann made important discoveries of life in extreme environments, particularly cryptoendolithic microbial communities that grow within rocks in deserts, including those of Antarctica and the Negev Desert in Israel. He was also interested in terraforming and wrote several articles about the possibility of terraforming Mars using microbes. In later years he was involved with investigations of martian meteorite ALH84001, which was claimed to contain evidence for early microbial life on Mars.