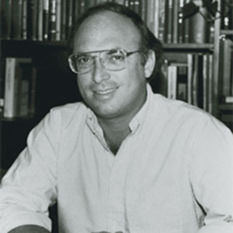 Eugene H. Levy is the Andrew Hays Buchanan Professor of Astrophysics at Rice University. His research focuses on theoretical astrophysics and planetary geophysics, solar and space physics, and magnetohydrodynamics and electrodynamics. He was a faculty member at the University of Arizona's Lunar and Planetary Laboratory (LPL) beginning in 1975, and was department head and LPL director from 1983 until 1994. While at LPL, he was instrumental in developing the course "Humanity and the Universe: Origin and Destiny," which has been taught under various course numbers (PTYS 105, NATS 102, and, currently, PTYS 170B1) for a quarter century. After serving as Dean of Science at the University of Arizona, Gene moved on to become Provost at Rice University.