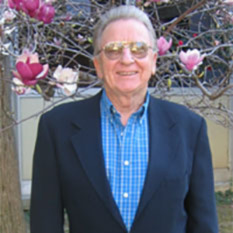 Edward Smith is a Research Group Supervisor in Interstellar and Heliospheric Physics at the Jet Propulsion Laboratory. He is currently involved with the Juno and Cassini missions. Previously he was the Principal Investigator on the magnetic field experiment on the International Cometary Explorer (ICE) mission, and Study Scientist of Outer Planets Grand Tour/Mariner-Jupiter-Saturn (Pre-Voyager missions).