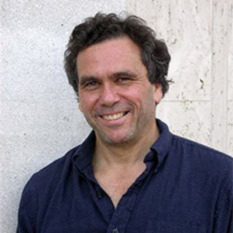 Edward Belbruno is a mathematician whose interests lie in celestial mechanics, dynamical systems, dynamical astronomy, and aerospace engineering. Belbruno received his Associate Degree from Mitchell College, his Bachelor of Science degree in mathematics from New York University and his PhD in mathematics from New York University’s Courant Institute in 1981, where his mentor was mathematician Jürgen Moser. He was employed by the Jet Propulsion Laboratory from 1985 to 1990 as an orbital analyst on such missions as Galileo, Magellan, Cassini, Ulysses, Mars Observer, and others.

During that time, he laid the foundations for the first systematic application of chaos theory to space flight originally called fuzzy boundary theory, which allows for the construction of very low energy paths for spacecraft.

In 1990 Belbruno applied his ideas for low energy transfer orbits to the Japanese lunar probe Hiten, which had been designed only for lunar swing-by and had suffered a failure of the Hagoromo lunar orbiter. The main Hiten probe lacked the fuel to enter lunar orbit using a conventional Hohmann transfer trajectory, but Belbruno was able to devise a ballistic capture trajectory that would put it in lunar orbit using only a negligible amount of fuel. The probe entered lunar orbit in 1991, the first time that Belbruno's ideas had been put to the test.

Belbruno had first proposed using a low-energy transfer orbit for a JPL probe in 1988. However, he faced a great deal of skepticism, and found himself in conflict with engineers. He had also expected to make no progress on Hiten, but the Japanese proved receptive to his ideas and called ballistic capture an "amazing result." He left JPL in fall of 1990 and took a position at Pomona College.

Belbruno is president and founder of the company Innovative Orbital Design, Inc., based in Princeton, New Jersey and holds patents on routes in space. He consulted on the rescue of the Asiasat-3 communications satellite for Hughes, although a different trajectory was ultimately used for the rescue.

Belbruno's books include Fly Me to the Moon and Capture Dynamics and Chaotic Motions in Celestial Mechanics. He is a consultant with NASA, and has made appearances on NBC's Today Show.

He is also an oil painter and has had many international exhibitions of his works, including in Paris, Rome, Los Angeles, Washington DC, New York, Minneapolis, and a painting of his is in NASA’s executive collection in Washington, DC.