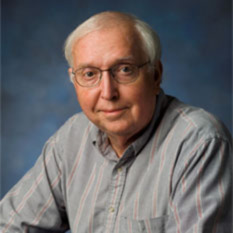 David Stewart McKay (September 25, 1936 – February 20, 2013) was Chief Scientist for astrobiology at the Johnson Space Center. During the Apollo program, McKay trained the first men to walk on the Moon in geology. McKay was the first author of a scientific paper postulating past life on Mars on the basis of evidence in Martian meteorite ALH 84001, which had been found in Antarctica. This paper has become one of the most heavily cited papers in planetary science. The NASA Astrobiology Institute was founded partially as a result of community interest in this paper and related topics.

The Planetary Society's Bruce Betts' memoriam to Dr. McKay can be found here.