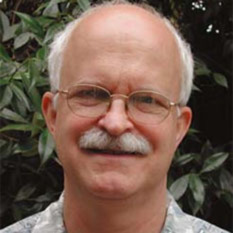 David Des Marais received a Ph.D. in Geochemistry from Indiana University in 1974. His long-term research interests have been the biogeochemical carbon cycle and the early evolution of Earth and its biosphere. His areas of specialization have included the stable isotope geochemistry of carbon in lunar samples, meteorites and oceanic basalts, the biogeochemistry of microbial communities in hypersaline environments, and the biogeochemistry of ancient (Precambrian) carbonates and organic matter. He serves on the editorial boards of the two journals Astrobiology and Geobiology. He is the principal investigator of the Ames Research Center team of the NASA Astrobiology Institute. Des Marais is an interdisciplinary scientist for astrobiology on both the Mars Exploration Rover 2003 science operations working group and the Mars 2005 CRISM infrared spectrometer.