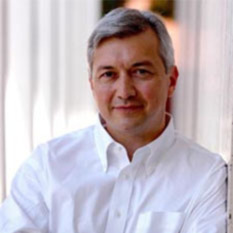 Christopher Chyba is professor of astrophysical sciences and international affairs at Princeton University, where he directs the Program on Science and Global Security at the Woodrow Wilson School. His security-related research emphasizes nuclear and biological weapons policy, arms control, and nonproliferation. His scientific research focuses on solar system exploration and the search for life elsewhere. Prior to coming to Princeton, Chyba co-directed Stanford University's Center for International Security and Cooperation (CISAC). He was also associate professor of geological and environmental sciences at Stanford, and held the Carl Sagan Chair at the SETI Institute. Chyba served on the White House staff from 1993-1995, entering as a White House Fellow, serving on the National Security Council staff, and then in the National Security Division of the Office of Science and Technology Policy. In 1996, Chyba received the Presidential Early Career Award for Scientists and Engineers, "for demonstrating exceptional potential for leadership at the frontiers of science and technology during the 21st century." In 2001, he was named a MacArthur Fellow for his work in both international security and planetary science. Chyba has served on the National Academy of Sciences' Committee for International Security and Arms Control, is past chair of the National Research Council (NRC) of the National Academies' Committee on Preventing the Forward Contamination of Mars, and past member of the National Academy’s Committee on Advances in Technology and the Prevention of Their Application to Next Generation Biowarfare Threats. He served on the executive committee of NASA's Space Science Advisory Committee, for which he chaired the Solar System Exploration Subcommittee, and chaired the Science Definition Team for NASA’s Europa Orbiter mission. In summer 2009, Chyba served on the Review of U.S. Human Spaceflight Plans Committee and in August 2009, President Obama appointed him a member of the President's Council of Advisors on Science and Technology (PCAST). A physics graduate of Swarthmore College, Chyba holds an MPhil from Cambridge University, where he was a Marshall Scholar, and a PhD in astronomy and space sciences from Cornell University.