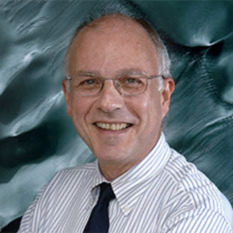 Dr. Carl B. Pilcher has had careers in both academia and NASA management. He came to Ames from NASA Headquarters where he was the Senior Scientist for Astrobiology with overall management responsibility for NASA’s astrobiology program. His career began with bachelors and doctorate degrees in chemistry from the Polytechnic Institute of Brooklyn and the Massachusetts Institute of Technology, respectively. While still a graduate student, he led scientific teams that discovered water ice in Saturn’s rings and on three of Jupiter’s Galilean satellites including Europa, now a high priority astrobiology exploration target because of its subsurface liquid water ocean. Upon receiving his Ph.D., he joined the Institute for Astronomy (and later the Department of Physics and Astronomy) faculty at the University of Hawaii, where he discovered and analyzed “weather” on Neptune and participated in the discovery of methane ice on Pluto. He also conducted research on Jupiter’s plasma torus and served as a member of the imaging team of NASA’s Galileo mission to Jupiter.

Dr. Pilcher made the transition from academia to government through a master’s degree from the Woodrow Wilson School of Public and International Affairs at Princeton University. His NASA management career began as Science Director in the Office of Exploration, established at NASA Headquarters by astronaut Sally Ride following the loss of the space shuttle Challenger. When President George H.W. Bush announced plans to return humans to the Moon and then go on to Mars, he moved to NASA’s Office of Space Science and Applications to lead scientific development for the new program. He subsequently assumed management responsibility for developing new solar system exploration robotic missions. In this capacity, he organized the science team for the Clementine lunar mission, NASA’s contribution to this Department of Defense/Ballistic Missile Defense Organization project. He also led the development of the competitive Discovery Program of small solar system exploration missions and played a pivotal role in one of the first Discovery missions, Mars Pathfinder, by developing the science-technology partnership that led to the inclusion of the Sojourner rover.

His transition to astrobiology was inspired by announcements, in 1995-96, of the first discoveries of planets around other stars and possible evidence of biological activity in the Martian meteorite ALH 84001. With training in microbiology from the Marine Biological Laboratory at Woods Hole, Massachusetts, he assumed responsibility for astronomy-related astrobiology programs, including serving as Program Scientist for NASA’s Kepler mission to discover Earth-size planets around other stars and NASA’s participation in the Keck Observatory on Mauna Kea. He moved from these responsibilities to overall management responsibility for the astrobiology program in early 2005.

Dr. Pilcher became the NAI Director in September 2006. During his tenure he facilitated numerous multi-disciplinary collaborations—within the Origins of Life research portfolio in particular, steered the Institute toward a more directly supportive role in spaceflight missions, and in general provided superb executive leadership. In addition to leading and coordinating a scientific community of ~1000 members, he deftly managed the administrative team at NAI “Central” at NASA Ames Research Center. He retired in early 2013. Dr. Pilcher returned to the NAI as Interim Director on August 11, 2014, and is serving on a half-time basis for approximately one year as the selection of a permanent director is completed.