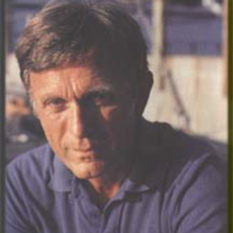 His current research focuses on: 1) testing reconstructed Polynesian voyaging canoes and methods of navigation on long ocean crossings to resolve issues concerning island discovery, settlement and subsequent inter-island voyaging, and also chronicling the cultural renaissance which has sprung from this initiative; 2) applying anthropological perspectives to the origin, conduct and impact on humankind of exploring, utilizing and expanding into space, as well as of the radio astronomy search for extra-terrestrial intelligence.