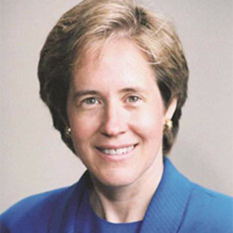 Ann Florini is Professor of Public Policy in the School of Social Sciences at Singapore Management University, where she is Academic Director of the Masters of Tri-Sector Collaboration, and Non-resident Senior Fellow at the Brookings Institution in Washington, D.C. Florini's academic training was at Syracuse University (B.A., 1980), Princeton (Master’s in Public Affairs, 1983) and at UCLA (Ph.D. in Political Science 1995). She was the founding director of the Centre on Asia and Globalisation at the National University of Singapore from 2006 to 2011. Prior to joining Brookings as a Senior Fellow in 2002, Florini was a senior associate at the Carnegie Endowment for International Peace, and from 1996 to 1997 she served as research director of the Rockefeller Brothers Fund Project on World Security. She was a senior researcher with the Center for International and Strategic Affairs at UCLA from 1987 to 1992, and from 1983 to 1987 she worked for the United Nations Association of the USA, where she created and directed the Project on Multilateral Issues and Institutions.

Florini has spearheaded numerous international projects, including the Global Governance Initiative on behalf of the World Economic Forum (2000-2005) and the International Task Force on Transparency, Initiative for Policy Dialogue, Columbia University (2000-2005).