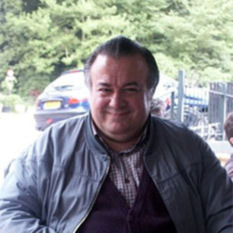 Agustin Chicarro was born in Madrid, Spain. He studied Geology, Geochemistry and Geophysics at the University of Paris XI at Orsay, France, where he obtained his PhD in 1983 in Planetary Geology, with a thesis on compressive structures of the planet Mars. He carried out research on terrestrial planets at the Lunar and Planetary Institute in Houston, USA, for three years and teaching in Taiwan for another two years. Then, he continued research at the Museum of Natural Sciences in Madrid. Finally, he joined the European Space Agency in 1988 at its ESTEC establishment in The Netherlands. He has worked as Study Scientist for more than ten future mission studies to Mars and the Moon and as Project Scientist of the successful Mars Express mission for over 12 years. He was nominated ESA Mars Lead Scientist in 2009, in charge of coordinating the scientific aspects of future ESA missions to Mars within the Mars Robotic Exploration Programme. His main scientific interest is comparative planetary geology of the inner planets, and in particular tectonics, volcanism, impact cratering and astrobiology. He has authored numerous articles and ESA reports on Mars exploration. He was awarded an honorary lifetime membership to the Association of Mars Explorers in 2006. Agustin likes to learn foreign languages and his main hobbies are books, cinema, music and travel.