A.J.S. Rayl is an author, investigative journalist, and creative writer who has contributed to Planetary Society publications since 2002. Currently, she produces The Mars Exploration Rovers Update, a monthly news feature that has garnered an international following.

Her work has also appeared in Air & Space, Astronomy, Discover, OMNI, Reader’s Digest, Rolling Stone, Smithsonian, the Los Angeles Times, The Scientist, USAToday.com, and Wired, among others, as well as in medical and science journals, ranging from Applied Neurology to The Planetary Report.

Salley, as longtime friends and colleagues know her, has also authored and co-authored books, including Beatles ’64: A Hard Day’s Night in America (Doubleday, 1989), a unique collaboration with photojournalist Curt Gunter, deemed by Rolling Stoneas one of the “essential 11 books” on The Beatles, and The Commissioning of USS Minnesota SSN-783, co-author (Lifetouch, 2013). She has also authored special event publications, such as Nobel Conference journals (1996-’99, 2000-’09); Lindbergh, the official international publication celebrating the 75thanniversary of Charles Lindbergh’s pioneering solo Transatlantic flight from New York to Paris (Primarius Promotion, 2002); and contributed to others, including Give Peace A Chance: Music and the Struggle for Peace (Chicago Review Press, 1983); and NASA 50 (2008).

While some of her works are cited at ResearchGate and Wikipedia, as well as in academic books and papers, others have led to appearances on television and radio shows ranging from Todayto the Oliver North Radio Show.

Like many Earthlings, Salley took to Mars since her first ‘visit’ there with Ray Bradbury in The Martian Chronicles. But the rockets that could take her to the Red Planet for real were nowhere near ready when she finished work on her Master’s degree in journalism at the University of Arizona. So, she headed to California to launch her career, sights set on the planet of rock’n roll.

After spending what she calls “the party of my youth” covering the music scene for various rock magazines, producing a nationally syndicated pop music news radio show, working as a writer-editor on staff at Rolling Stone, and west coast correspondent for People magazine, she transitioned to covering familial fields of science and medicine, writing for the venerated OMNI magazine, and other science and medical publications.

Mars orbited back into view in 1991 when she launched from NASA Ames on a virtual cruise around the planet while on assignment for the Los Angeles Times Magazine, and Salley has been “seeing red” ever since. She covered Mars and other missions, as well as news events for planetary.org, and penned features on Galileo, Voyager, ESA’s Mars Express/Beagle, JAXA’s Hayabusa, and MER for The Planetary Report. Then, in 2007 she began focusing her time at the Society on MER exclusively.

Lucky enough to experience Martian gravity along with Buzz Aldrin on the maiden voyages of Zero Gravity Corp’s G-Force One near Los Angeles, a trip she embarked on for Air & Space magazine, she’s ready to suit up. But the rockets still aren’t ready.

Nevertheless, however vicariously, Salley goes to Mars all the time these days with the MER team. In addition to The MER Update, she has also written about Spirit and Opportunity for Discover and Reader’s Digest, and is now working on a book about this legendary mission that will draw from the hundreds of exclusive interviews and stories she has accumulated since 2003. 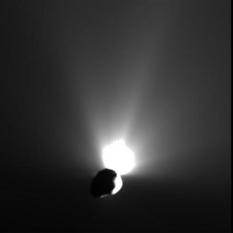 Astronomers have revised the Torino scale, the color-coded advisory system to assess the threat of asteroids and other near-Earth objects (NEOs) to make it easier for the public to understand. 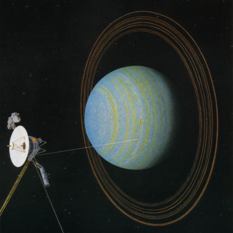 The Stories Behind the Voyager Mission: Ed Stone

Edward C. Stone, an internationally renowned physicist, signed on as Project Scientist of the Voyager mission in 1972, responsible for coordinating the efforts of 11 teams of researchers.