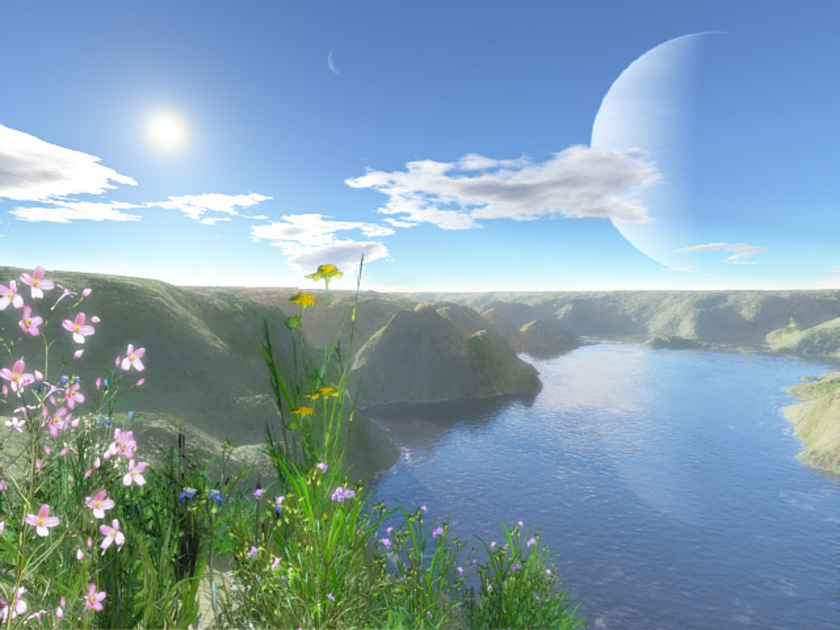 An earth size moon orbiting a gas giant in the habitable zone, could support life. If the moon is what made Earth have life. Then a tidally locked moon of a gas giant may be the more common way a life supporting world happens. Gas giants could possibly have several life supporting moons.... Tidally locked, one face would always be turned to the planet, with the sun lighting half directly, the half facing the gas giant would get light at sunset or sunrise like angles; so the entire planet would get light, some parts much more than others. Depending on distance from the gas giant, plate tectonics, and vulcanism could be very active. The day night cycle could be much longer than Earth's. This would be the orbital period of the moon. 1/2 day and the other 1/2 night. Jupiter moons: Io orbital period 1.769 day, Callisto 16.69 day. Seasonal stability over long time periods, Oceans, sunlight, Volcanoes, Probably a magnetic field like Earth's or stronger, warmth. Life could thrive there... But how do we image such a moon? Perhaps a telescope in space will tell us? Perhaps At the gravitational lens point of earth's star? Perhaps...