Looking Out The Window 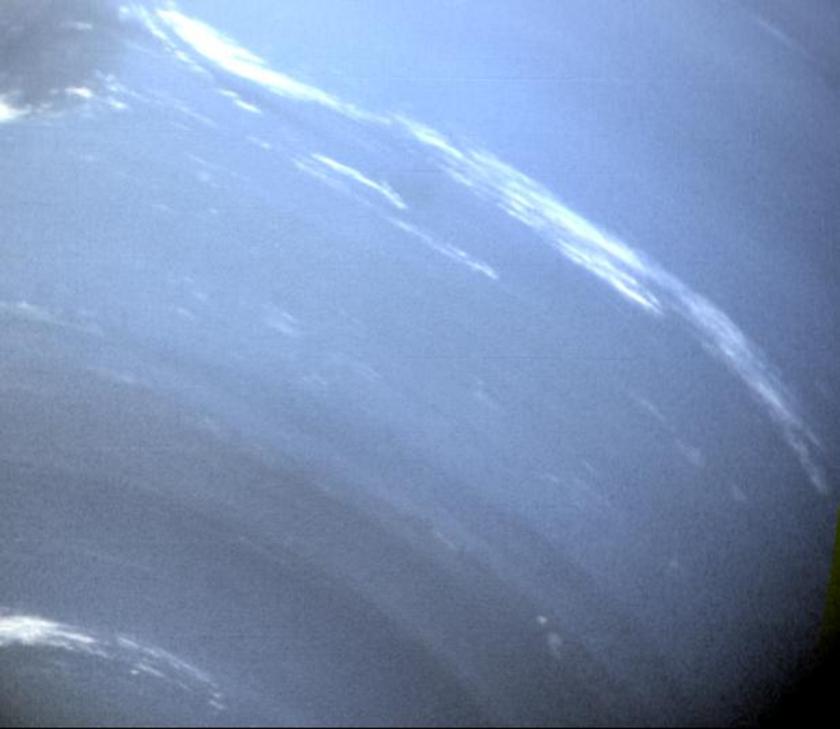 I'd made arrangements with a friend of mine to tape with my VCR from his TV which was hooked to a satellite dish. I got the coordinates for NASA Select from the Planetary Society & was going to host a viewing of the Voyager-Neptune encounter live at the local junior college. I didn't know much about space but had subscriptions to the Planetary Report and Astronomy Magazine. For the first couple hours, there was just a bunch of technical data and scientists speaking. Then some live images began coming through.Just stars I assume for gettting their bearings. Sudddenly, a picture filled the screen of something different, it was blue with clouds and strange features. NEPTUNE!!! Close up! I almost swallowed my tongue. This was Neptune as it is RIGHT NOW!...or 4 hours + some minutes before as the image took that long traveling at the speed of light to get here. I was seeing it for the first time along with the people at JPL, pondering it for myself. I was on the Voyager 2 spacecraft looking out the window at a world below me in real time! It was a feeling that I'd never had before. More amazing pictures kept coming in slowly but the first one truely blew my mind.