What to Expect When Hayabusa2 Blows a Hole in Asteroid Ryugu

If you enjoyed the drama of Hayabusa2's sample collection touchdown, get ready for an even bigger fireworks display. The spacecraft is about to deploy an explosives-filled box that will detonate in space, fire a copper plate into Ryugu, and create a crater up to 10 meters wide. The moment of crater generation is set for 5 April at 02:36 UTC. Here's what to expect. 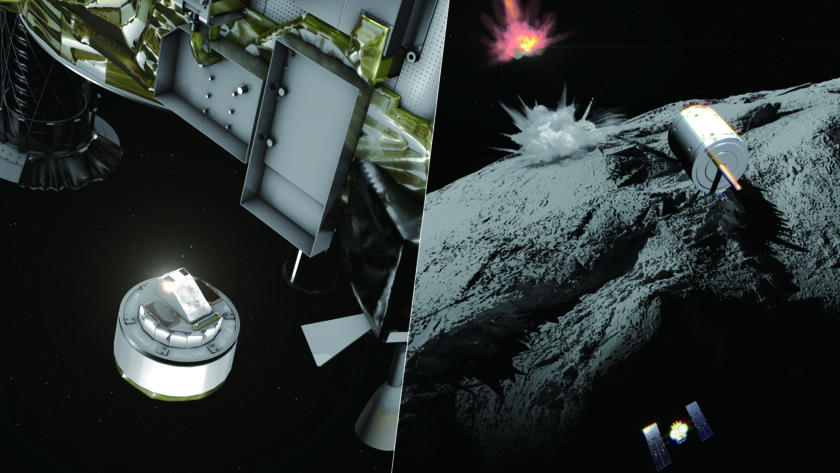 This artist's concept shows Hayabusa2 deploying the Small Carry-on Impactor, SCI (left), and then hiding behind Ryugu (right) as the device explodes, shooting a copper plate into the surface. The DCAM3 camera system watches in the foreground.