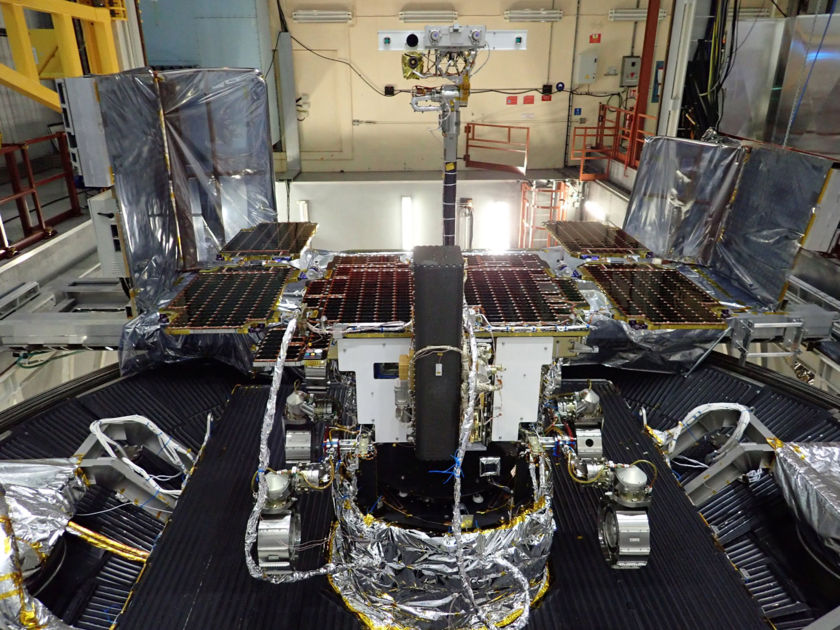 Welcome to issue 10 of The Downlink, a planetary exploration news roundup from The Planetary Society! Here's everything that crossed our radar this week.

The European Space Agency’s ExoMars rover Rosalind Franklin, which is scheduled to launch in July or August next year, is undergoing thermal vacuum testing in Toulouse, France. The rover will be heated and cooled to simulate the environmental conditions of its journey through space and on the Martian surface. Learn about the four missions headed to Mars next year.

The team behind NASA’s OSIRIS-REx mission released a new paper describing how asteroid Bennu may be periodically ejecting small particles from its surface. Scientists cite three explanations: meteoroid impacts, thermal stress fracturing, and the release of water vapor (or some combination of all three). Learn more about the OSIRIS-REx mission here.

The European Space Agency’s CHEOPS exoplanet-studying spacecraft received its supply of hydrazine fuel that it will use for in-space maneuvering. CHEOPS is scheduled to launch on 17 December.

Scientists have proposed a way for the James Webb Space Telescope, which is scheduled to launch in 2021, to determine whether certain rocky exoplanets have atmospheres. The technique involves measuring the planet’s temperature as it passes behind its star.

After departing asteroid Ryugu using conventional thrusters in mid-November, Japan’s Hayabusa2 spacecraft is heading back to Earth using its long-duration ion engines. The spacecraft is carrying two samples from Ryugu’s surface. “People of Earth, we have just shipped a delivery from Ryugu. The delivery will arrive in about a year,” said the project manager. Learn more about the Hayabusa2 mission here.

China’s Chang’e-4 lander and Yutu-2 rover completed their 12th day of operations on the far side of the Moon. The rover has driven more than 345 meters since landing in January. Learn more about the Chang’e-4 mission here.