The LightSail 2 mission team has delayed deployment of the spacecraft’s solar sail until at least 21 July 2019 to conduct additional attitude control system testing and potentially update the spacecraft’s flight software. LightSail 2 remains stable and healthy in orbit, and returned another picture to mission control at Cal Poly San Luis Obispo in California. 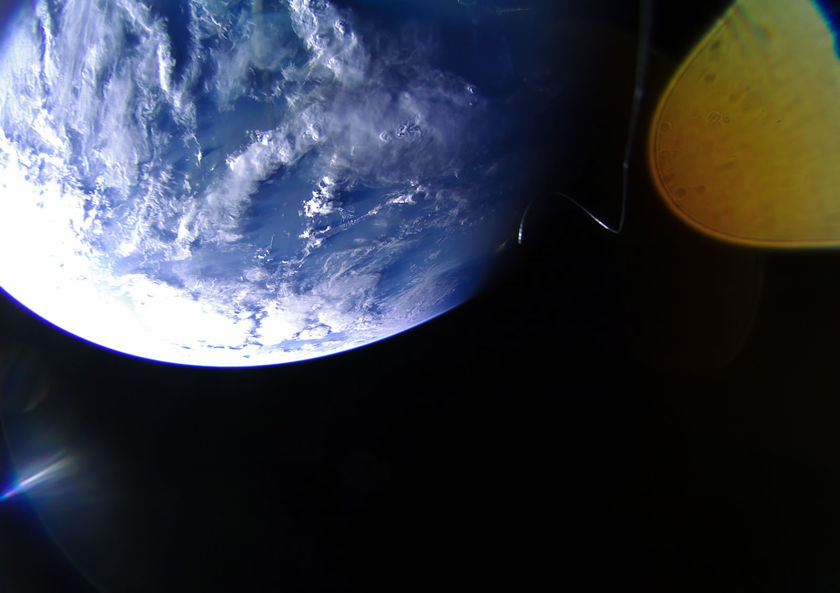 This image of Earth, looking toward the Caribbean Sea oriented with north at the top, was captured by LightSail 2 on 7 July 2019 at 23:32 UTC. Lens flares are visible in the bottom left and upper right. To the left of Earth, a piece of spectraline that was used to hold the spacecraft's solar panels closed is visible.