An early look at Comet ISON

Comet ISON, the much-anticipated "Comet of the Century," has been taking a beating lately. When the Mars Reconnaissance Orbiter HiRISE team snapped photos of the icy visitor last week, the results were a bit disappointing. Many astronomers are beginning to warn that the hype surrounding ISON may be a bit overblown. As comet hunter David Levy once said, "Comets are like cats; they have tails, and they do precisely what they want."

But there's still a fair chance ISON may put on a good show. The comet is visible through ground-based telescopes, and is continuing to brighten as it plunges toward its late November encounter with the Sun. Early this morning, astrophotographer Adam Block pointed the University of Arizona's 32-inch Schulman Telescope at ISON, and got a pretty spectacular result. He writes:

"I am certain more images of this will be coming out shortly as it increases in brightness during its dive towards the Sun. Here is hoping it survives that rendezvous and emerges as something spectacular on the other side!" 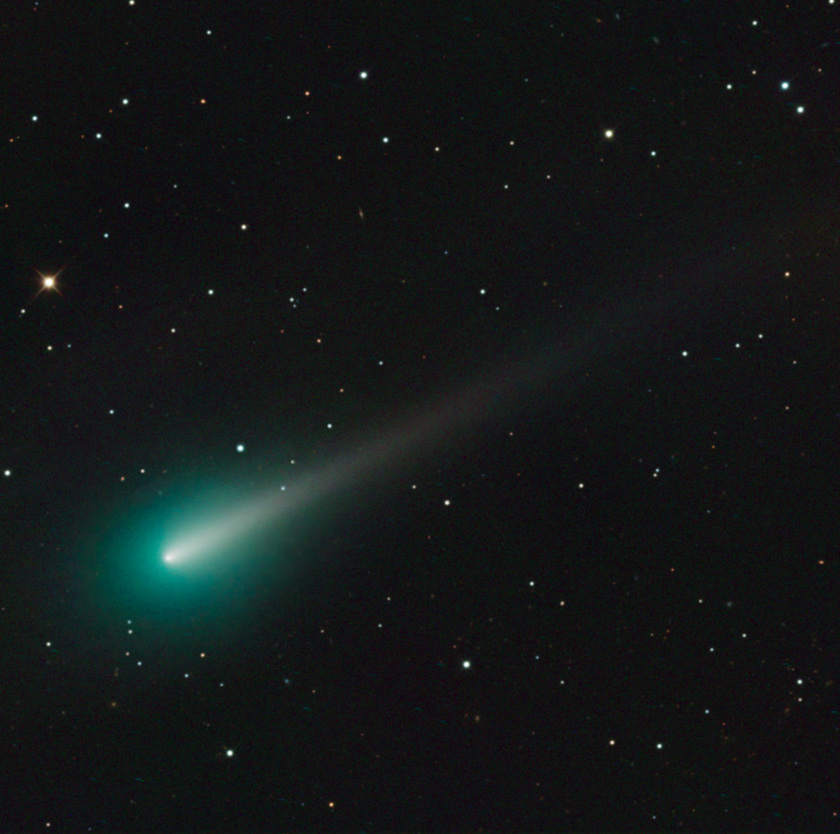 Lets hope for a great show! Is there any spectral data on the tail?