SpaceX's Crew Dragon spacecraft has successfully completed a 6-day mission to the International Space Station and back. The spacecraft undocked from the ISS today at 02:32 EST (07:32 UTC) and splashed down in the Atlantic Ocean almost 6 hours later at 08:45 EST. 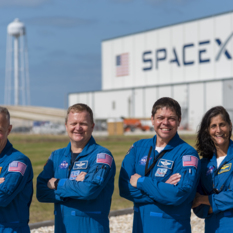 Crew Dragon's return to Earth began yesterday, after astronauts finished packing it with about 150 kilograms of return cargo; some of that includes some cold storage samples, NASA said prior to launch. The hatch was officially closed on 7 March at 12:39 EST.

The @SpaceX #CrewDragon hatch closed at 12:39 p.m. EST! Next up is undocking from @Space_Station which will take place at approximately 2:30 a.m. EST March 8. pic.twitter.com/Z6EzUeAsgC

The undocking process itself started 8 March just before 02:30 EST, when the umbilicals and hooks connecting Dragon to the station retracted. With a tiny thruster burn at 02:32 EST, Dragon physically backed away from the station's forward docking port, as the station passed over Sudan.

Beautiful view of the @SpaceX #CrewDragon as it successfully undocked from the International Space Station pic.twitter.com/ycnkagpJbx

Once again, cameras aboard the International Space Station showed stunning views of Crew Dragon in space. 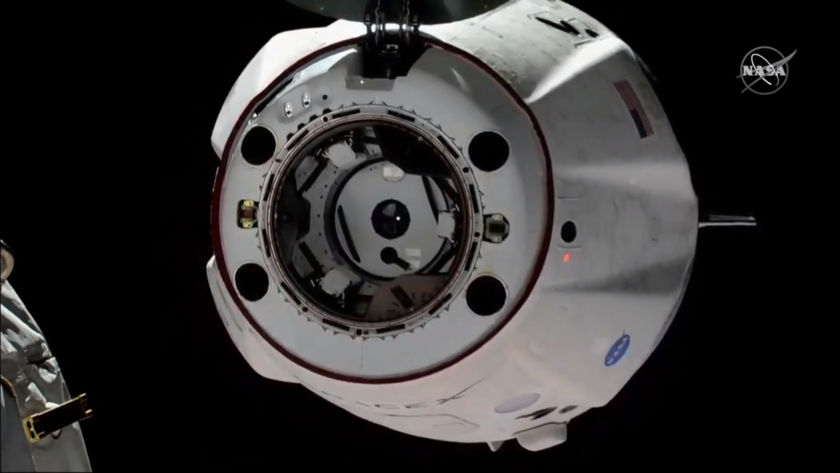 Crew Dragon backs away from the International Space Station during its Demo-1 mission, following undocking on 8 March at 02:32 EST.

Crew Dragon's departure burns quickly moved it outside the station's imaginary 200-meter-wide Keep Out Sphere, and in roughly 20 minutes, it was outside the 4-by-2 kilometer approach ellipsoid. Counterintuitively, Dragon actually moved away and up from the station instead of down; I asked Twitter for an explanation, and aerospace engineer Max Fagin helpfully explained:

To be exact, assuming the undocking push off was exactly 10 cm/s, it means Dragon is actually heading for an apogee 360m above the ISS (though in reality, it will be performing another maneuver before reaching this new apogee)

Five hours later, Dragon had moved into an orbit lower than the ISS. It jettisoned its unpressurized trunk and began a 15-minute de-orbit burn using its Draco thrusters. Thanks to a camera under Crew Dragon's open nosecone, thruster pulses were visible in the darkness—a rare sight to see for a spacecraft returning to Earth.

Whoa, a view from Dragon as it performs the deorbit burn pic.twitter.com/8xN1okqZDp

NASA and SpaceX reported the deorbit burn was nominal, and Dragon closed its nosecone to prepare for reentry. As the spacecraft touched the upper fringes of Earth's atmosphere, live views from a NASA WB-57 chase plane captured its plasma trail:

The live view then switched to color cameras on SpaceX's recovery ship, the Go Searcher, which saw the drogue and main parachutes deploy successfully. 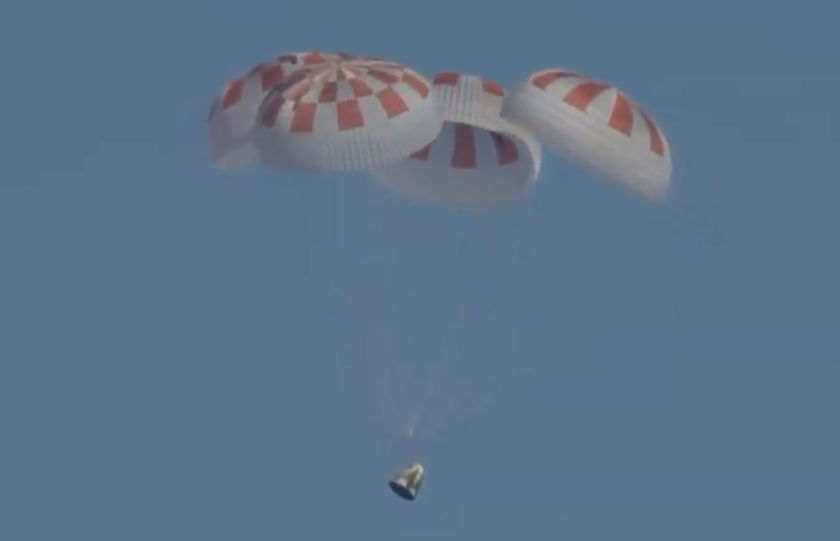 Successful splashdown of the #CrewDragon right on time at 8:45 a.m. ET. pic.twitter.com/0qHhHzD4Js

About an hour later, Dragon was safely aboard the Go Searcher, for the 30-hour trip back to Florida.

The #CrewDragon completed its Demo-1 flight test this morning. The spacecraft successfully splashed down in the Atlantic Ocean at 8:45 a.m. ET. It has been lifted out of the ocean and is now securely seated in @SpaceX's cradle aboard the Go Searcher Recovery ship. pic.twitter.com/w8nuZZBd1Q

Thank you for the nice highlight clips Jason! Congratulations to the teams involved in making this flight test CD-1 a success! You all make it look easy however we know better! CONGRATULATIONS!!!!!!! 03.08.2019

Thanks for the great update, Jason. The reentry ground track apparently passed directly over the central US. With the potential of more reentries over the US, will there be a site providing ground track prediction so we might watch and listen while the vehicle passes overhead. In the days of the shuttle, NASA provided ground track predictions to allow those lucky enough to be under the path to see reentry.