Crew Dragon Safely on the Way to International Space Station

SpaceX's Crew Dragon has successfully launched on its maiden voyage! The spacecraft lifted off as scheduled on 2 March at 02:49 EST (07:49 UTC). It reached orbit 11 minutes later, and is now chasing down the International Space Station ahead of tomorrow's docking at about 06:00 EST (11:00 UTC).

There are no posts matching your search criteria... 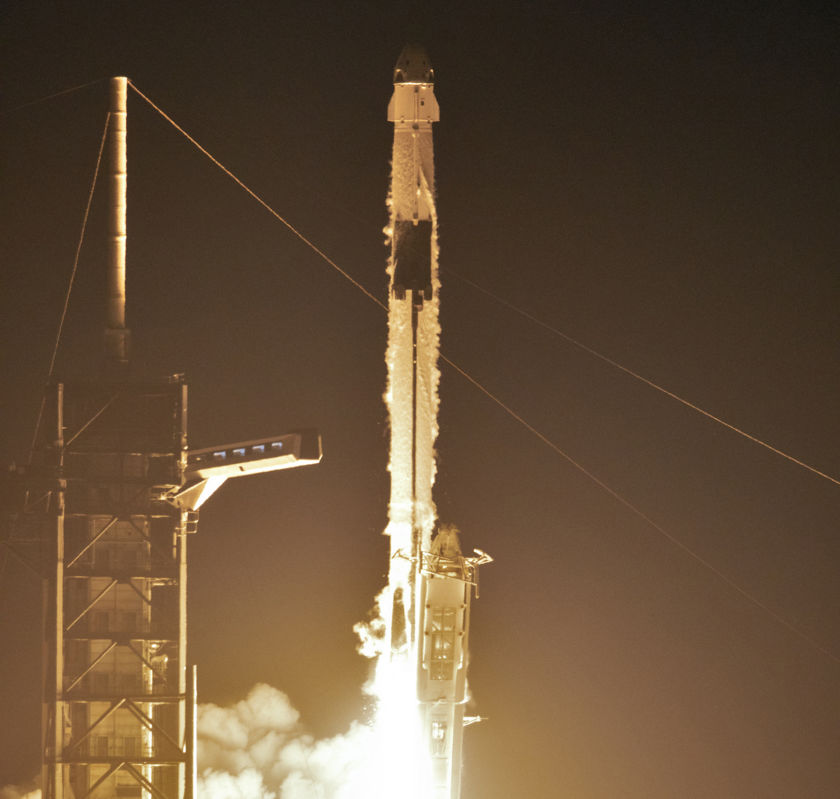 SpaceX's Crew Dragon lifts off on 2 March at 02:49 EST (07:49 UTC), starting its Demo-1 mission to the International Space Station.

A few hours before launch, SpaceX's Elon Musk shared a photo from inside the capsule, showing Ripley, the spacesuit-clad anthropomorphic test device that will measure the forces of launch for future astronauts. Next to Ripley sat an unmoored plushie toy that would float around the cabine once Crew Dragon reached orbit.

For the first time since the space shuttle program, a team controlled the launch from a Kennedy Space Center firing room next to the Vehicle Assembly Building. The liftoff and ascent was very similar to that of a regular Falcon 9 launch, with the first stage landing safely at sea on the drone ship Of Course I Still Love You.

Nine minutes after launch, the second stage engine shut down, and Crew Dragon separated 2 minutes later. A view of the spacecraft and its fins, which are used in the event of a launch abort, could barely be seen from a second stage camera as the spacecraft slipped into darkness.

Crew Dragon successfully separated 11 minutes after launch. A view of the spacecraft and its fins, used for stabilization in the event of a launch abort, could barely be seen in the darkness.

At a press conference after the launch, Musk said Crew Dragon was performing nominally. The nosecone, which protects the spacecraft's docking hardware during launch and reentry, opened successfully, and the vehicle's Draco maneuvering thrusters had already fired. 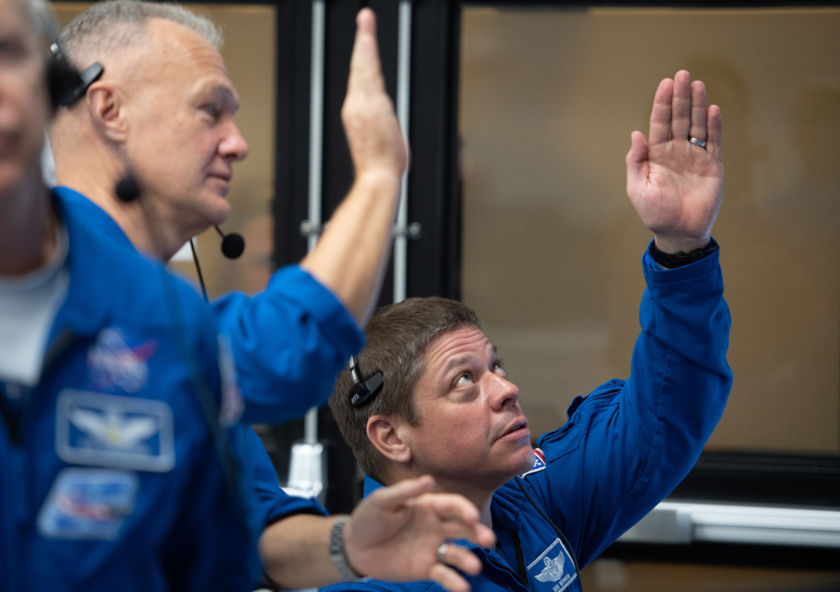 NASA astronauts Doug Hurley, left, and Bob Behnken, right, who are assigned to fly on the crewed Demo-2 mission, watch the launch of a SpaceX Falcon 9 rocket carrying the company's Crew Dragon spacecraft on the Demo-1 mission from firing room four of the Launch Control Center, 2 March 2019 at the Kennedy Space Center in Florida.

Later, Musk shared a video of the Earth plushie floating in zero-G.

For more coverage, don't miss our Crew Dragon What to Expect article!