Chang'e-4 deploys rover on far side of the Moon

Following an historic first landing on the far side of the Moon earlier today, China's Chang'e-4 spacecraft is already hard at work. The lander's first order of business was deploying its rover, which is named Yutu-2, China's space agency announced. The rover rolled down its ramp at 14:22 UTC to begin exploring Von Kármán crater. 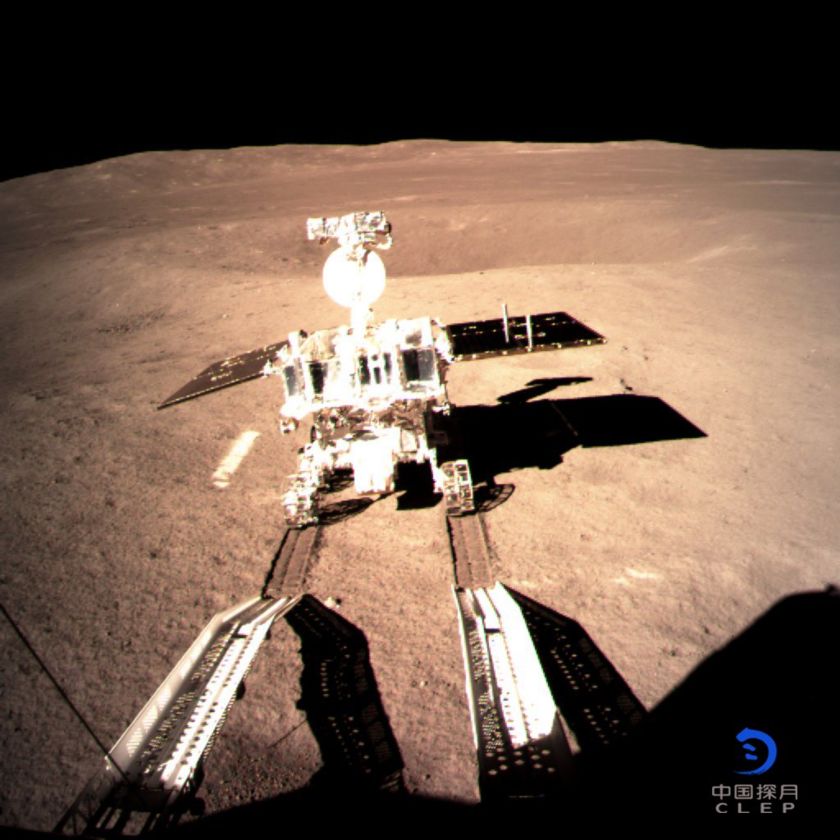 Yutu-2 with six wheels on the Moon!

Here's one of Yutu-2's six wheels on the Chang'e-4 lander prior to deployment: 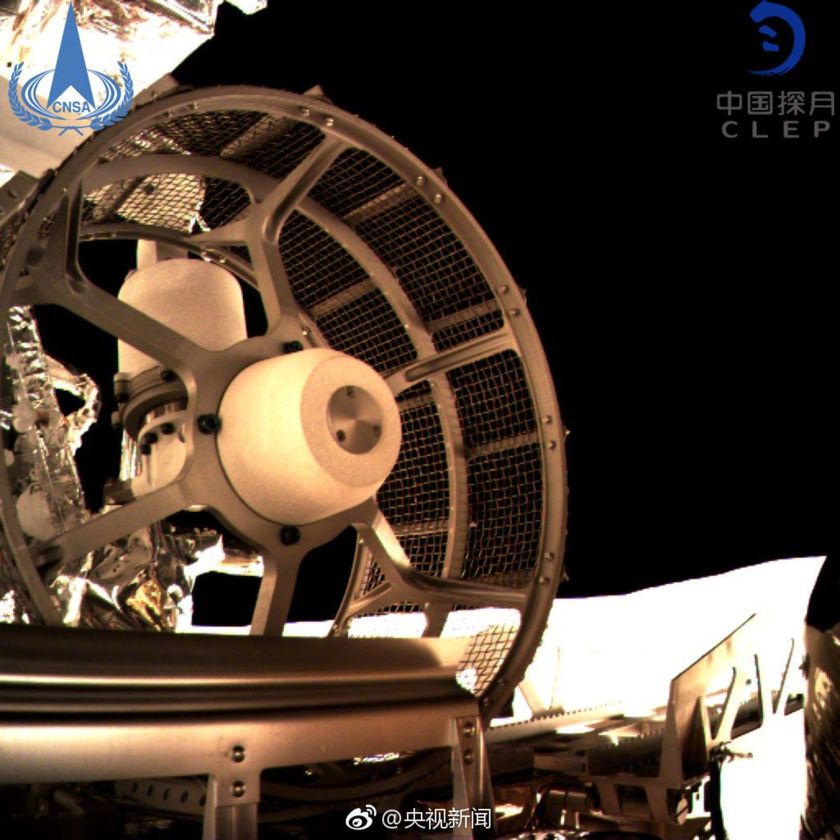 The wheels of Yutu-2 are ready to roll onto the deployment ramp and onto the lunar surface. The rover rolled onto the surface at 14:22 on 3 January 2019.

And an image of the landing site: 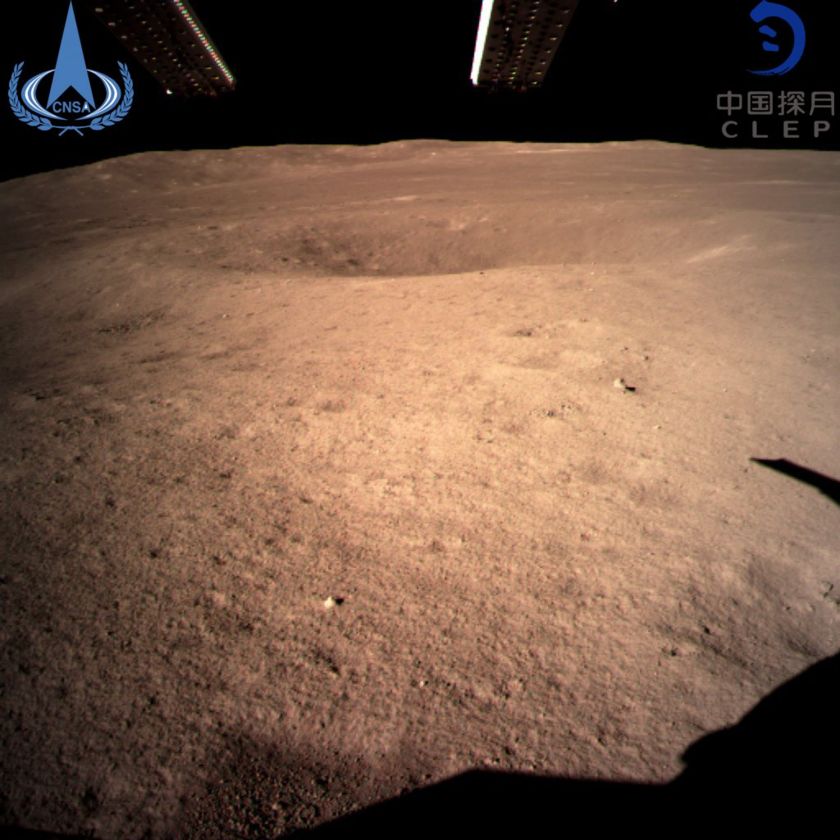 A small color camera intended to monitor rover deployment returned the first photo of Chang'e-4's landing site. At the top of the image are the rover deploy ramps.

A close-up from the descent camera: 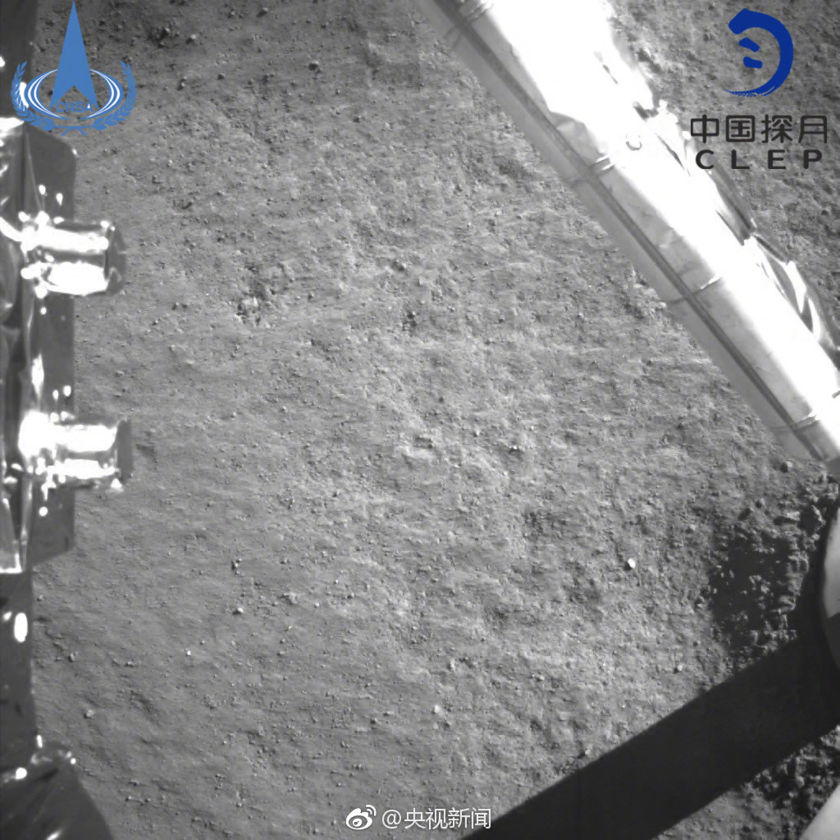 This photo was taken upon touchdown of Chang'e-4 on the far side of the Moon on 3 January 2019 at 02:26 UTC. One footpad has sunk slightly into the dusty regolith at right.

And some very happy technicians: 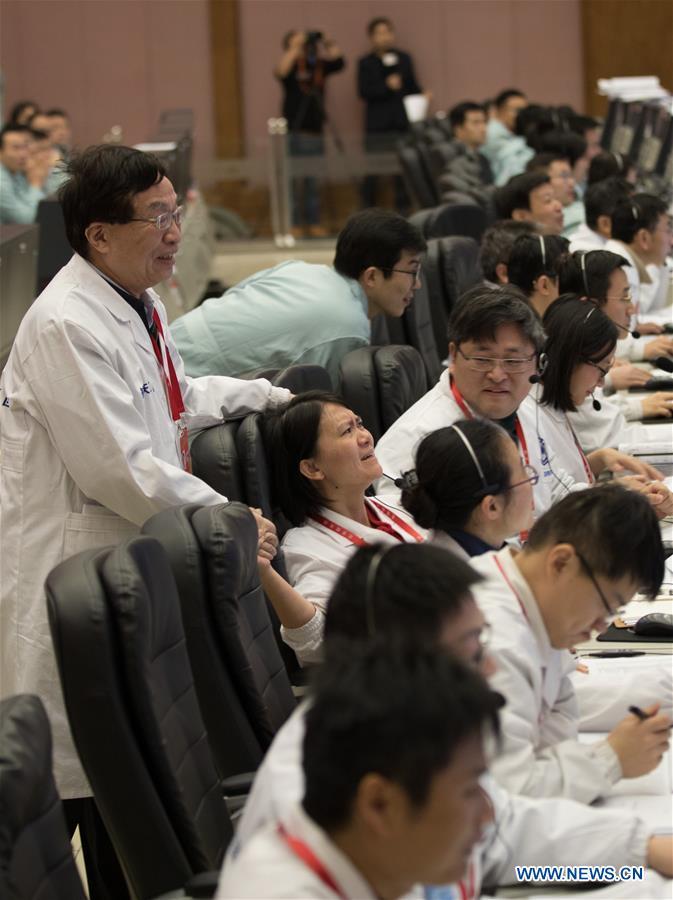 Technicians celebrate after the landing of Chang'e-4 lunar probe at the Beijing Aerospace Control Center (BACC) in Beijing, capital of China, 3 January 2019.

We're also tracking updates on the landing location. Here's a thread at nasaspaceflight.com, and an update from an LRO scientist:

Hi Jason, This is quite an accomplishment! Hooray for the Chinese space program. Understanding realities of global politics, it is a tragic shame we cannot work together. It seems that we fear China will steal our "secrets". It could very well be they don't need our help, they are doing just fine without us. Hoping we can figure out how to come together in the space science and exploration areas.

Congratulations to China entirely and especially the team members who made this mission possible! IMPRESSIVE!

@ David: 2019/01/03 12:00 CST quote: "it is a tragic shame we cannot work together. It seems that we fear China..." see https://www.nasaspaceflight.com/2019/01/china-returning-moon-change-4-mission/ "There are also three international joint collaboration payloads installed on the Chang’e−4 explorer, which are the Lunar Lander Neutrons and Dosimetry (LND) installed on the lander and developed in Germany, the Advanced Small Analyzer for Neutrals (ASAN) installed on the rover for observations of energy-neutral atoms and positive ions in patrol area to investigate the particle radiation environment in the patrol area, and the Netherlands-China Low-Frequency Explorer (NCLE) installed on the relay satellite Queqiao." see also : https://twitter.com/jimbridenstine/status/1080678873422016513?lang=bg "Jim Bridenstine: Congratulations to China’s Chang’e-4 team for what appears to be a successful landing on the far side of the Moon. This is a first for humanity and an impressive accomplishment!" ========================== For US-China cooperation, it remains to convince Congress of course