Chang'e-4 update: Both vehicles healthy, new imagery from the Moon’s far side

Everything is going well 9 days after China's Chang'e-4 mission made a historic landing on the far side of the Moon, the country's space program said today. On 6 January, the Yutu-2 rover started a planned midday nap to avoid overheating while the Sun was directly overhead. Yesterday, it woke up and continued exploring its surroundings. Additionally, a fresh batch of images and video are revealing more about the mission's landing site within Von Kármán crater.

China's lunar and deep space exploration program, CLEP, reports both the Chang'e-4 lander and Yutu-2 rover are healthy, and "Chinese and foreign scientific loads were working normally [Translated]." Here are portraits of each vehicle on the surface; unfortunately, neither of these released by CLEP are full-resolution based on what we know about the camera specs: 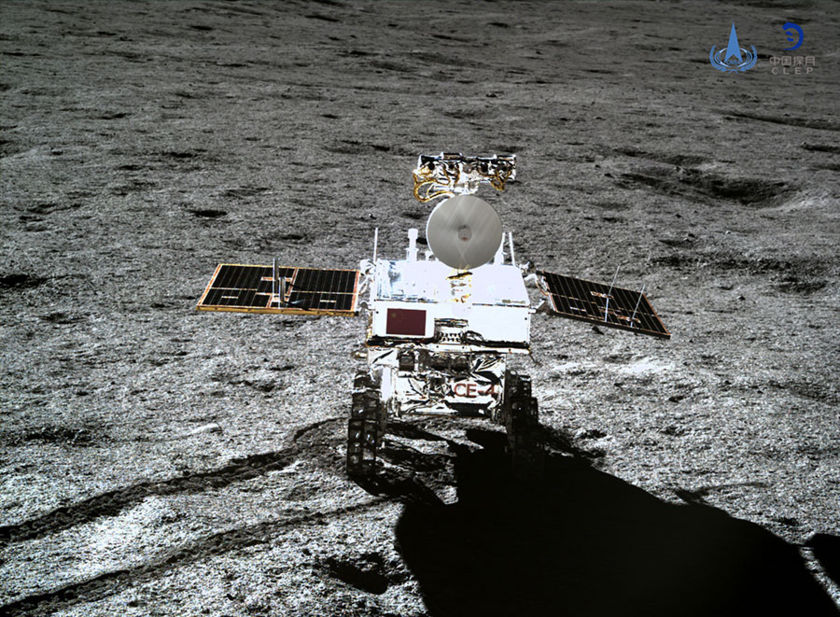 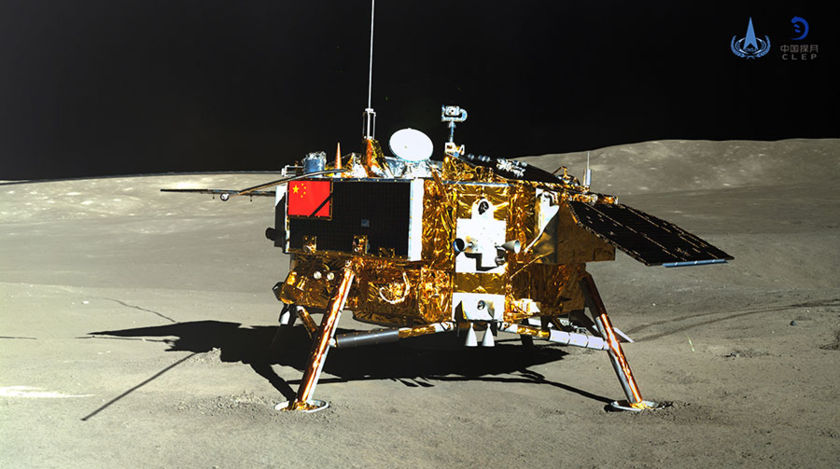 Chang'e-4 lander as seen from Yutu-2

Chang’e 4 views its landing site, including the Yutu-2 rover just to the south, in the first panorama taken after landing, on 10 January 2019.

We're also seeing some more previously unreleased goodies, including this amazing video of the landing:

Here are two videos Yutu-2 being deployed and rolling on the surface. Thanks to China space program reporter Andrew Jones for helping us find the source files for these!

This video shows China's Yutu-2 rover rolling across the lunar surface after its initial deployment from Chang'e-4.

And a screenshot showing where the rover apparently roved thus far:

Here's apparently the current location of the Yutu-2 rover with respect to the lander and the journey is has made so far. pic.twitter.com/gzuSizrjsv

We will update this post with additional images and video, and better-quality versions as we find them!

Great video of the landing. Absolutely no sense of scale, though. What looked like lander-swallowing craters turned out to be nothing more than dimples. It's exciting to see new exploration of the moon. We're living in a second golden age of unmanned space probes and it's every bit as amazing as when the first Mariners and Veneras sent back their findings.

Great stuff! I’ve noticed what looks like an HF dipole antenna (horizontal extended rods) on the Chinese lander. It would be amazing to listen to the HF spectrum on the far side of the Moon while shielded from all of Earth’s emissions and with no blockage by an ionosphere. We could maybe hear things never detectable from Earth. Do you think this may be what it is for? Thanks.