A fresh batch of incredible images from Japan's Hayabusa2 mission have arrived on Earth, revealing asteroid Ryugu's rocky surface in even finer detail.

Last Friday, the Hayabusa2 spacecraft dropped a pair of hopping, drum-shaped rovers onto the surface from a height of about 60 meters. The 18-centimeter-wide probes, collectively called MINERVA-II1, can lift themselves off the surface for several minutes at a time using spinning, internal motors. Both rovers captured images during their descent, and one rover grabbed a picture mid-hop.

Now there are new images. On Thursday, Japan's space agency, JAXA, confirmed both rovers are hopping as designed, and released a treasure trove of pictures from the probes as they tumble around Ryugu. The snapshots show the asteroid's surface as a loose pile of gravel strewn with larger rocks and boulders. 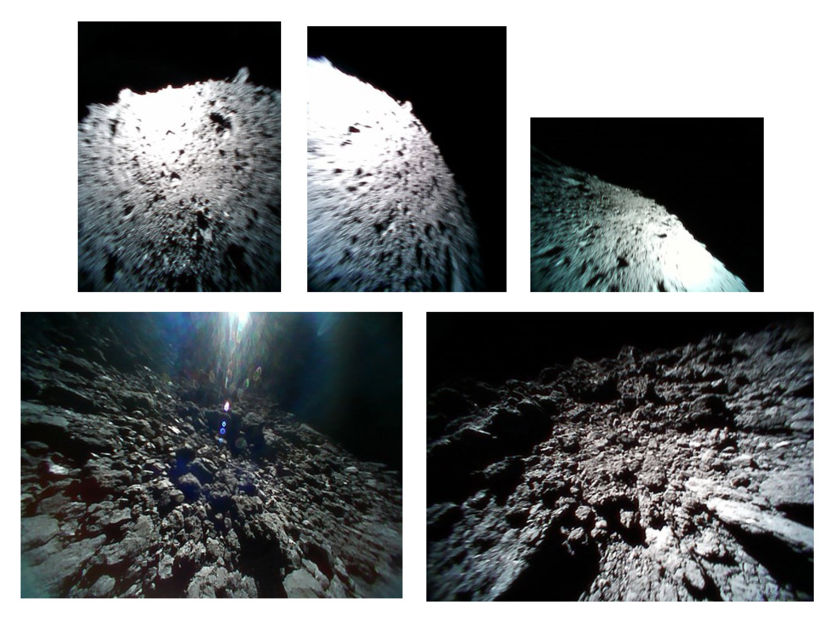 These images of varying sizes, released by JAXA, show MINERVA-II1 Rover-1B before (bottom left), during (top three), and after (bottom right) a hop on Sept. 23, 2018. 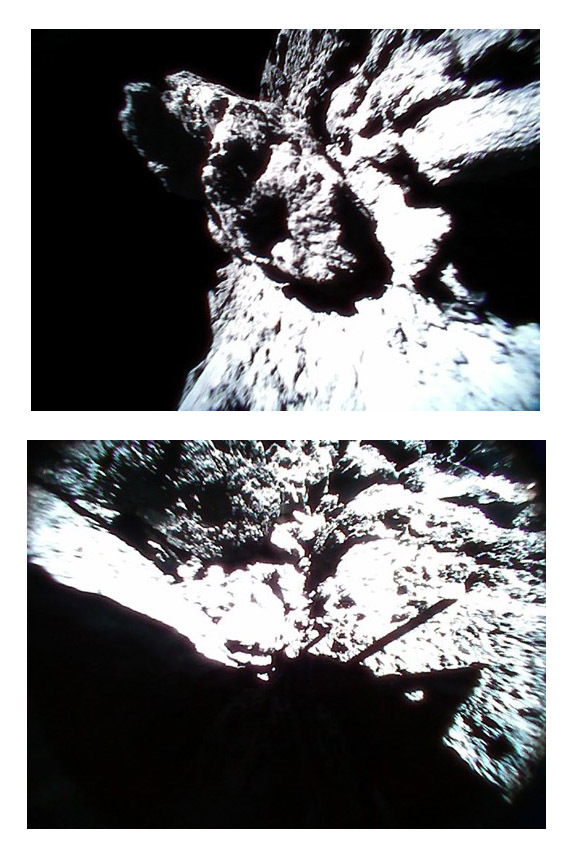 These two images show MINERVA-II1 Rover-1A on the surface of asteroid Ryugu on Sept. 23, 2018. In the bottom image, the shadow of one of the spacecraft's pins and triangular antenna can be seen. The pins increase friction when hopping and protect the solar cells during landings; a few contain temperature sensors.

JAXA also released a high-resolution image from the Hayabusa2 spacecraft itself, hovering above the shadowed edge of a boulder several meters wide. 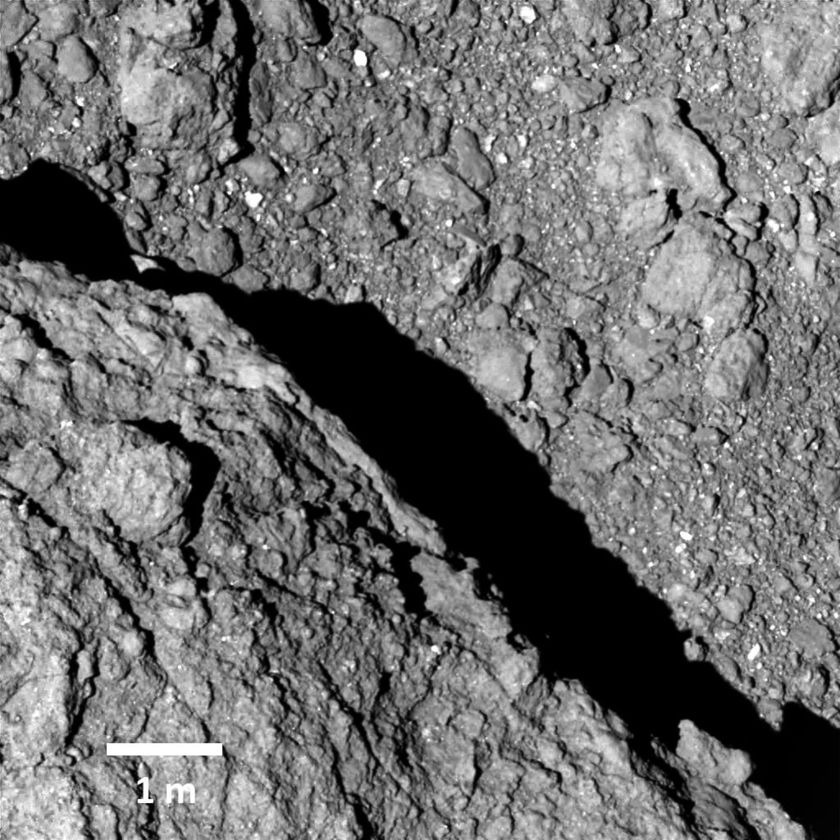 This image of Ryugu was captured from Hayabusa2 during MINERVA-II1 deployment operations from at a height of about 64 meters on September 21, 2018. 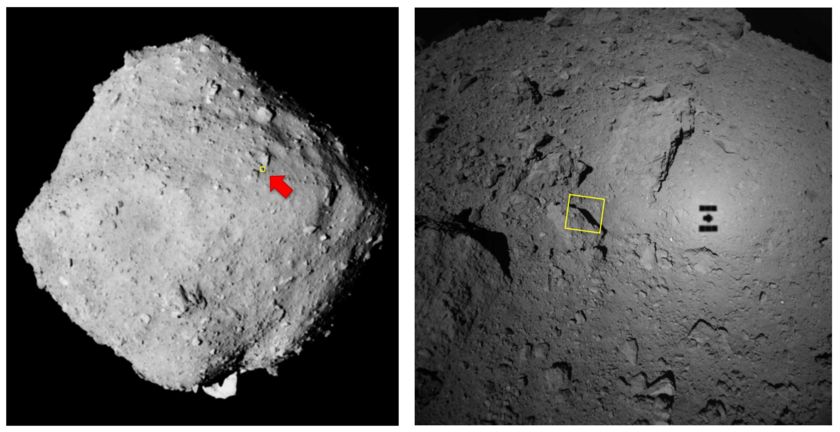 These context images show the location of a high-resolution image of Ryugu captured by Hayabusa2 during MINERVA-II1 deployment operations on Sept. 21, 2018.

Ryugu's surface will prove challenging for the mission's ultimate goal of collecting a sample for return to Earth in 2020. The latest JAXA press release lists that sample attempt happening in late October, with a rehearsal planned in the middle of the month. A similar touchdown rehearsal in mid-September was cancelled after the spacecraft had trouble detecting reflections from Ryugu's dark surface.

Hayabusa2 is also scheduled to release a lander called MASCOT on Wednesday, October 3.

Jason, since the hopper is less than a foot high, the view is similar to that seen when you are crawling. That pin cannot be more than a few centimetres long. So it looks like there is a lot of gravel on the surface.

I don't know enough about asteroid theories. Could weathering ---successive hot and cold temperature over day and night, perhaps seasonal variation--- over Myr account for the creation of the pebble gravel, or is a rubble pile asteroid expected to be like this to start with? Would it be possible, knowing the average density estimate to be 1.26, and making a guess about the porosity from the photographs taken by the hoppers, to estimate the density of the pebble material? They look reasonably solid. I also had a small question about the hopping. It seems the direction of hops is controlled. Is it done so that, for example, the hoppers stay at the same latitude and do not stray into the other landing areas. Or is the likelihood of that so small that one does not bother?

This mission is truly of a 'somewhere above the description' of impressive greatness! Congratulations to Japan!