Funpost! A funny thing happened on the way to the Moon

Today is a very special Funpost!, because it was reader-submitted. Bob Ware, a Planetary Society charter member, told me about a book he read back in 1969 called A Funny Thing Happened on the Way to the Moon. Because I am a connoisseur of FINE SPACE HUMOR I found it online and ordered a yellowed, used copy.

Funny Thing was written by Bob Ward (not to be confused with the above-referenced Bob Ware). It's a collection of anecdotes from the early U.S. space program; most are less than a page long. There is an introduction by Wernher Von Braun, who apparently dished out several ripping yarns of his own back in the day.

Some of the 49-year-old tales have aged better than others. One of the longer stories involves an insanely complicated revenge prank that Gus Grissom played on Wally Schirra, the most prolific Mercury 7 yukster. Schirra loved sports cars, so Grissom told Schirra he was considering buying a Maserati for $1,000—an incredible deal because the average price of a Maserati was $5,000. Schirra urged his friend to buy it, presumably so he could get in on the fun of driving sports cars up and down the Florida coast at unsafe speeds.

Grissom told Schirra he was holding out for a better deal, which drove Schirra crazy. The bit went on for a couple weeks, during which Grissom arranged to have a $7,500 Maserati show up posing as the potential sale car. By then Schirra was pleading with Grissom to buy the car, but Grissom held out, until he fake-lost the deal. He then managed to get Schirra on the phone with the fake seller in order to persuade the seller to reconsider. At that point, the ruse was revealed, and Grissom said, "Gotcha." (Actual quote.) I GUESS YOU HAD TO BE THERE.

Be warned that Funny Thing contains some of the casual sexism ubiquitous at that time. This mostly takes the form of nude picture pranks: magazines in office waiting rooms, pictures in front of the Earth-viewing "periscope" on the Mercury capsule, and posters pasted on Redstone rockets that, in one case, interfered with an automated tracking camera when one fluttered away during ascent. There's even a cartoon in the book of a giant, naked Moon alien. These sections are best left in the dustbin of history, or to be saved as fodder for the argument that we shouldn't use the word manned anymore.

Despite those misses, there are also some hits, especially involving the hilarity of early American rocketry (Things blew up a lot!). During one pre-launch press conference in either 1959 or 1960, a reporter asked a project manager what the mission objective was. "To get it out of sight," was the reply.

During another mission, a rocket ascent was going well until the control room inexplicably lost power. It turned out a mechanic had flipped a circuit breaker to fix a broken Coke machine.

Some of the budgetary wisecracks age quite well! Here are a few, tweaked slightly by me:

What do Alabama politicians think NASA stands for?
The North Alabama Space Agency.

What do you call a mouse built under a cost-plus contract at Marshall?
An elephant.

How is the Saturn V like the government?
They're both big, complex and liable to shift courses.

Why do models of the Saturn V include a tiny figure for scale?
That's the taxpayer.

Did you hear about the latest budget cuts?
They're so severe, NASA tightened the Van Allen radiation belts! (RIMSHOT)

What's the best way to get funding for a Mars trip?
Send the astronauts without a way to get home, and tell Congress we need more money. (That one was from 1965, by Von Braun himself.) 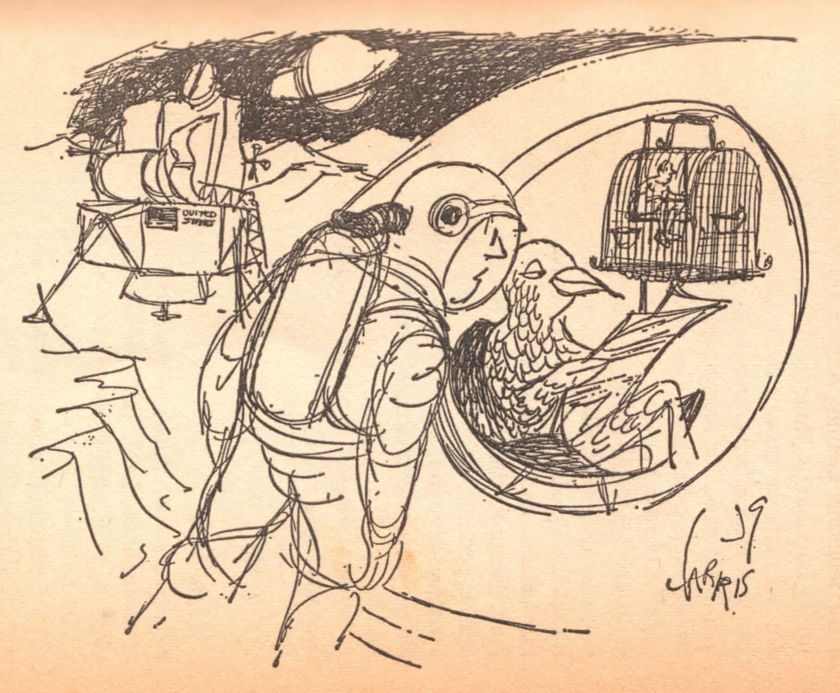 Haha, when we get to the Moon we're going to find alien birds who put humans in bird cages! 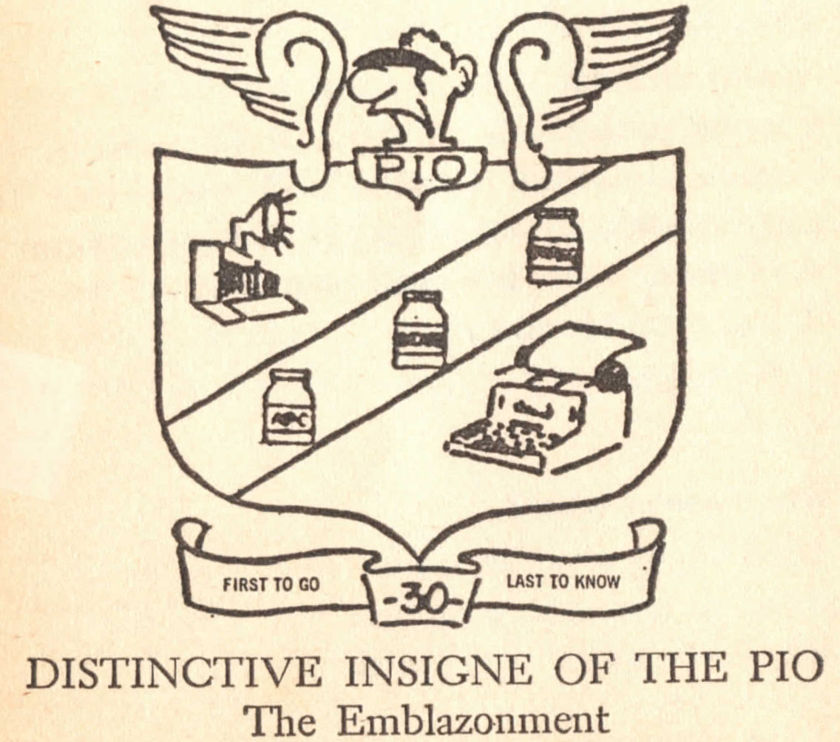 That, folks, is a coat of arms someone created for aerospace public affairs officers. The book notes that "The field is yellow, denoting the Color of the Code of Cowardice." SAVAGE. The typewriter has a blank sheet of paper symbolizing an unwritten press release, and one of those bottles is full of antacid. 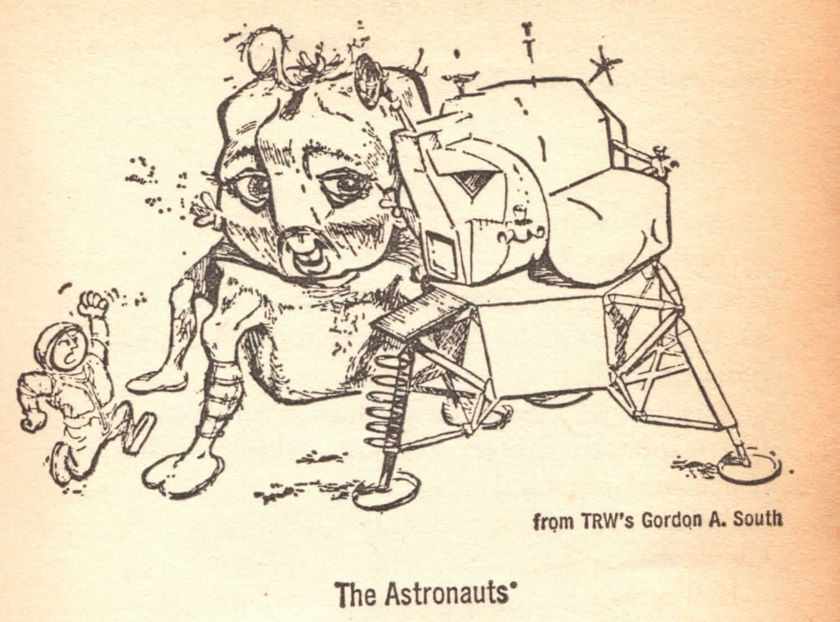 DEAR GOD WHAT IS THAT THING. Is it… a lunar module-shaped creature attracted to an actual lunar module? I HAVE SO MANY QUESTIONS. You know, actually, I think we should rethink this whole back-to-the-Moon thing.

That mechanic with the Coke machine - was his name Arthur?