Have you heard? The ISS might go away in 2025. Yep, that ISS—our big, honking space laboratory in the sky, one of the most successful international partnership stories of all time. Continually staffed since 2000. Off the Earth, for the Earth. One of the most expensive public projects ever, second possibly only to America’s Interstate Highway System.

Unofficially, 2025 has been the station’s retirement year since 2014, when NASA and its international partners agreed to keep it flying through 2024. But there’s always been an assumption that end date could stretch to 2028, a point cited as when degrading hardware might start making life aboard the station a little dicey.

The earlier the ISS goes away, the earlier NASA can shed up to $4 billion in annual operating costs, and apply that toward deep space exploration. But the agency has to be careful: We’re still conducting long-duration human health research there (see: Scott Kelly’s year-long flight) and testing technologies needed for deep space. Plus, America's commercial space industry could suffer severely should the ISS suddenly disappear. The going assumption is that we’ll need some kind of replacement station; likely, a commercial one.

That’s the impetus behind the White House’s proposal to stop paying for the ISS in 2025 and allocating $900 million from fiscal years 2019 through 2023 to "enabling, developing, and deploying commercial orbital platforms”—in other words, working on a commercial ISS replacement.

You have to give the White House credit; they started a very difficult conversation. Getting rid of the ISS is fightin’ words to politicians in space districts where jobs depend on the program. In fact, there’s already bipartisan support against the idea, from Florida Senator Bill Nelson, Texas Senator Ted Cruz, and Texas Representative John Culberson. This means there’s a good chance we could see the 2025 date pushed later, possibly all the way to 2028. It might be like the end of the shuttle program, when there was a big debate over whether to fund the final missions and make one last Hubble servicing run.

No matter what happens, between now and the end of the program, everyone who depends on the ISS has to determine what they’ll need in terms of a commercial station, and decide whether or not to transfer any existing equipment—and possibly even modules—to a new station. That’s a huge task! Think of all the stakeholders involved: NASA, Roscosmos, ESA, JAXA, Old Space, New Space, academics, research groups, and more. This will not be easy. 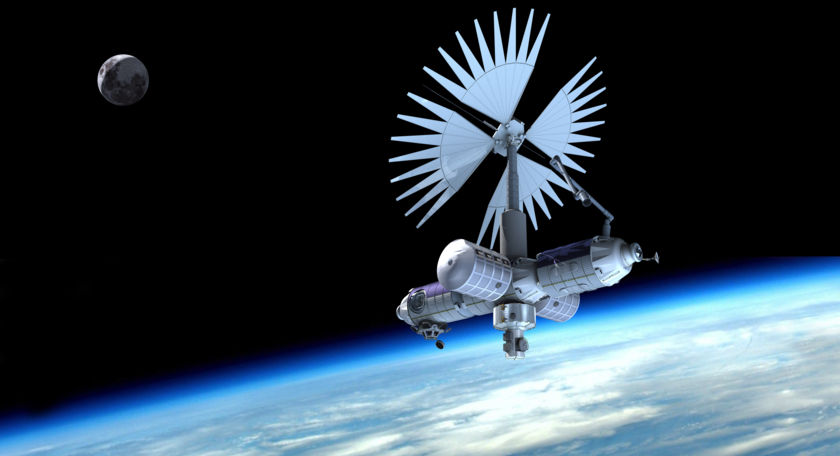 One idea for spending some of that proposed $900 million is to help one or more commercial companies connect new modules to the ISS. Two firms in the running for this are Bigelow Aerospace and Axiom Space. Both have plans for fully autonomous stations, meaning in theory they don’t need the ISS at all. But if NASA lets them spend a few years docked to the ISS, NASA and the companies can share resources, iron out operational kinks, and figure out exactly how this is going to work. Then, later, the modules can depart and become independent. It’s sort of like starting a business in the safe harbor of your garage before going all-in on a lease downtown.

Bigelow wants to do this with a super-sized version of BEAM, the expandable module the company attached to the ISS in 2016. BEAM was so successful, NASA recently decided to keep it attached for at least three more years, and astronauts have outfitted the module as a closet. Bigelow’s proposed followup, called X-BASE, is based on the company’s B-330 station (named for its roomy 330 cubic meters of space; for comparison, the U.S. laboratory module, Destiny, has a volume of 106 cubic meters). When I recently spoke with company founder Robert Bigelow, he said his company will have two B-330 modules ready for flight in 2021.

Axiom, meanwhile, employs a more traditional design, using soda-can-shaped modules like the ones currently making up ISS. Its president and CEO is Michael Suffredini, a former ISS program manager. If anyone knows what it will take to make this public-private space station partnership work, it’s Suffredini. He heads a team stacked deep with former and current ISS contractors. When I wrote a feature on Axiom last year, the company envisioned starting with one large module. Last week, Suffredini told me the design has evolved into two smaller modules, which gives Axiom more flexibility when choosing a carrier rocket. Suffredini said the modules would be ready for launch in 2022.

But that’s a far cry from what’s currently happening aboard the ISS. CASIS, the Center for the Advancement of Science in Space, acts as a go-between for academics, researchers and private companies wanting to fly experiments on the ISS. Since its founding in 2011 through Fall 2017, CASIS awarded $27 million in grants. The grant totals increased each year, but $27 million is still a long way from $37 billion.

Commercial advocates cite a number of reasons for why the market isn’t in full swing—most of which boil down to uncertainty about when different platforms will be available. In a recent conference call, Bigelow said China is courting potential customers for its new Tianhe 1 space station, the core module of which could be launched as soon as 2019. NASA, meanwhile, is making plans for a small space station in lunar orbit, and intends to offer seed money for commercial missions to the surface, which Bigelow said could be inadvertently stealing potential low-Earth orbit customers.

NASA is also still trying to increase research bandwidth on the ISS by getting four astronauts aboard the station at a time—something they can’t do until SpaceX and Boeing are conducting crewed flights. A lot of current crew time goes to operations and maintenance; for some insight on this, read Scott Kelly’s book, Endurance. Kelly spends a large chunk of his time fixing things that break, rather than, say, conducting experiments for pharmaceutical companies.

There’s enough market uncertainty that Suffredini would like to see most of that $900 million spent on increasing demand, rather than paying companies like his to build space stations. (“I guess you’d be surprised to hear me say that,” he said.) Just today, Bigelow’s new spin-off company, Bigelow Space Operations, announced it would partner with CASIS to foster demand, and spend “millions” of dollars this year to quantify the commercial space station market.

Axiom and Bigelow say they have the money, capabilities, and that they’re ready to fly—they just need an ISS port and a green light from NASA. And some demand. The next 10 years of human spaceflight will be interesting! By the end of the 2030s, the bright, orange-white dot that has crossed our skies for decades may be replaced with a commercial outpost. NASA, meanwhile, intends to get on with the business of deep space human exploration, something it hasn’t done since the Apollo era.

How quickly they forget...! "The earlier the ISS goes away, the earlier NASA can shed up to $4 billion in annual operating costs..." Haven't we heard that promise before? Back when the George W Bush administration retired the space shuttle we were told that all the many billions saved would be used to fund the Constellation return to the Moon program. Fast forward a few years to the Obama administration and all of a sudden people discovered (shock! horror!) that there wasn't enough money in NASA's kitty to fund Constellation. Even all that lovely shuttle money wasn't enough. So I'd be careful about counting all those billions until they have actually hatched. I would also point out that the ISS cost about $150 billion to build. Simply giving it away to private interests is surely NOT an option. If Bigelow et al want to make use of what is, after all, public property paid for with US (and foreign) taxpayer dollars then they should surely be required to pay for it, whether in the form of an annual rental fee or an outright purchase of $150 billion (minus depreciation). $150 billion would surely pay for a lot of NASA planetary science missions.

"One idea for spending some of that proposed $900 million is to help one or more commercial companies connect new modules to the ISS." The whole idea is to stop spending money on LEO. 40 years of LEO space stations is enough! It is a dead end. Eventually the idea of LEO and Mars being the places to go in space will be looked back upon as wrong turns and people will wonder (like the Space Shuttle) how such flawed and completely useless projects came to be. Looking out a window while floating around in a can and vomiting will not be a successful business venture. Tourism, like LEO and Mars, yet another dead end. The ISS served the NewSpace flagship company well as a cash cow but it should have been decommissioned by now. Really. What the public is not being told is there is no cheap. Certain individuals and companies have been pursuing the profit motive by promoting the idea a microgravity radiation bath is what humans must endure when undertaking space flight. Nothing could be further from the truth. The solutions are well known: the Super Heavy Lift Vehicle which has stages of sufficient size to serve as Wet Workshops and Tether Generated Artificial Gravity. The Wet Workshop has the structure to contain the minimum kiloton of lunar water cosmic ray shielding.

"NASA, meanwhile, intends to get on with the business of deep space human exploration, something it hasn’t done since the Apollo era." My view is "The Parker/Dyson/Spudis Continuum" which states cosmic ray shielding massing well over a kiloton of water (as detailed by Eugene Parker) is the prerequisite for any long duration human deep space mission (and also artificial gravity). The only practical system to push such a shield around the solar system is Nuclear Pulse Propulsion (bombs) as researched by Freeman Dyson. The only place to acquire water shielding is the Moon (based on the findings of Paul Spudis) and also the only place outside the magnetosphere (to prevent fallout reaching Earth) to assemble, test, and launch a true pulse propelled atomic spaceship is the Moon. So...NASA needs to focus on a path that will work and be up front about it.