There's an old Calvin and Hobbes comic strip in which Calvin wanders off missing at the zoo, and his Dad, searching for him, says "being a parent is wanting to hug and strangle your kid at the same time." I'm not sure why that strip stayed stuck in my brain all these years, but I can definitely sympathize with the concept, as both a parent and a space fan.

Today, NASA and its Commercial Crew partners faced the music on Capitol Hill, testifying about the latest delay for an already delayed program trying to launch astronauts from American soil for the first time since the end of the shuttle program in 2011. To recap the well-known facts: NASA can currently only access the ISS via the Russian Soyuz. The situation is politically unpalatable, expensive (NASA last paid about $82 million per Soyuz seat), and detrimental to the agency’s human research programs, because there aren’t enough astronauts aboard the station to fully utilize its potential.

For NASA, this has always been an annoyance, and today we learned it could escalate into a full-fledged problem. NASA has only purchased Soyuz seats through Fall 2019, and both Boeing and SpaceX won't be ready to carry out their first crewed test flights until the end of this year. Both company’s vehicles must next be certified before starting regular ISS service, and though publicly that's scheduled to happen in early 2019, internal estimates show it may not occur until December 2019 for SpaceX and February 2020 for Boeing.

Even if NASA panics and immediately buys more Soyuz seats, it takes about three years to build a Soyuz spacecraft, meaning there won’t be extra seats available anytime soon. Bill Gerstenmaier, the associate administrator for NASA's human spaceflight program, could only say NASA was "brainstorming" how to fill a potential gap in 2019. 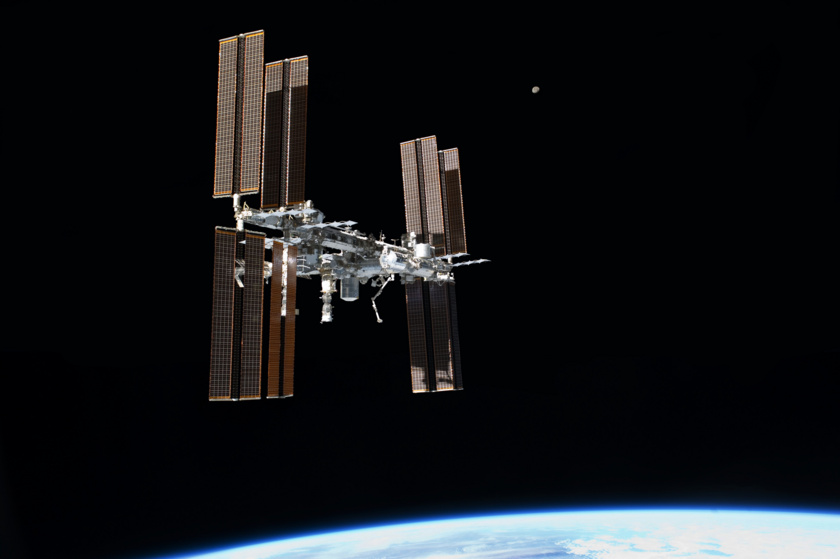 Other than that, the Congressional hearing was not particularly revealing, as lawmakers from different districts peppered the witnesses with critical or laudatory questions based, for the most part, on parochial interests. What's more interesting is a coinciding Government Accountability Office report released simultaneously with the hearing, and the GAO's Cynthia Chaplain was on hand to discuss the findings. As one of my Planetary Society colleagues puts it, these reports are not exactly page-turners. But if you can stand the dull reading, it's possible to come away from the report wanting to both hug and strangle SpaceX, Boeing and NASA at the same time.

Here's one such example, from a part of the report talking about risks currently being addressed by Boeing:

Boeing is also addressing a risk that during re-entry to the Earth’s atmosphere, a portion of the spacecraft’s forward heat shield may reconnect and damage the parachute system. NASA Commercial Crew Program analysis indicates that this may occur if both parachutes that pull the forward heat shield away from the spacecraft deploy as expected. Boeing’s analysis indicates the risk exists only if one of two parachutes does not deploy as expected. If the program determines this risk is unacceptable, Boeing would need to redesign the parachute system, which the program estimates could result in at least a 6-month delay.

Here’s how to parse that, in layperson’s terms: after Boeing's crew capsule finishes plunging through the outer fringes of Earth’s atmosphere, the cover for all the parachute gear pops off. The cover has its own parachutes, which are designed to pull the cover even farther away from the capsule while its main parachutes deploy. (To see this in action on the Orion spacecraft, skip to 5:25 in this video.) There is apparently a risk that the cover could fall back down on the main parachutes, which could tangle or rip them.

I had never, until reading this report, considered this could be a problem. Space is hard! It's a trope, but it's true. So many things have to go right, and it's easy to see how even a minor detail can suddenly cause a six-month delay.

On the other hand: seriously?  We've been bringing people back to Earth on parachutes since 1961, and we haven't figured this out? And NASA and Boeing apparently can't agree on how serious of a problem this is?

SpaceX must close several of the program’s top risks related to its upgraded launch vehicle design, the Falcon 9 Block 5, before it can be certified for human spaceflight. Included in this Block 5 design is SpaceX’s redesign of the composite overwrap pressure vessel. SpaceX officials stated the new design aims to eliminate risks identified in the older design, which was involved in an anomaly that caused a mishap in September 2016. Separately, SpaceX officials told us that the Block 5 design also includes design changes to address cracks in the turbine of its engine identified during development testing.

SpaceX downplayed those turbine cracks in early 2017, after NASA raised concerns. Nevertheless, the company went ahead and modified its turbines to stop the cracks altogether. That seems like a prudent move. Furthermore, by redesigning the Falcon 9's composite overwrap pressure vessels (in layperson’s terms: helium tanks), the company is taking steps  to avoid another on-pad explosion beyond merely changing its propellant loading procedures.

On the other hand, SpaceX's "everything all at once" approach (with apologies to my boss) can be maddening. The Falcon 9 Block 5 upgrade includes more than just those two fixes; there are a lot of performance and reliability improvements, including higher engine thrust and improved landing legs. As a result, SpaceX has to demonstrate to NASA the Falcon 9 Block 5 is reliable before humans climb aboard. At the same time, the company is getting ready to launch Falcon Heavy, designing a next-generation launcher and crew vehicle, and planning to colonize Mars. Any other company might reconsider doing so much at once, but not SpaceX.

Both companies say they're on track to conduct their first crewed test flights later this year, but the GAO report shows it's going to be awfully tight. The capsule for SpaceX's flight is still under construction, as is its trunk (service module). Boeing's first crew vehicle is built and integrated, but not the service module. It may be unrealistic to expect both companies to finish and test their crew vehicles, conduct uncrewed test flights, and finally send astronauts into space all in the same year.

Setbacks like this have a tendency to feed the New Space-versus-Old Space narrative; NASA’s Space Launch System was similarly put through the wringer yet again last year. But the only fundamental truth I see here is that space is hard. There are always delays, and the best thing armchair rocket scientists can do is simply enjoy the pageantry and wait for what happens next.

The unmanned Space X test flight is supposed to launch in early April, less than three months from now. The hardware is at Cape Canaveral already. So what's the deal? They should have had the minishuttle.....

quoting sbates. SB: "SpaceX demo mission dates slipped to August/December". The slippage rate seems to be similar for both SpX and Boeing. From Jason Davis's conclusion (and thanks for the article of course) JD: "Setbacks like this have a tendency to feed the New Space-versus-Old Space narrative". What Narrative? ;) That narrative will soon be becoming irrelevant (eg ULA's ACES stage does have a NewSpace look. Conversely, Dragon 2's required change to sea landing has an OldSpace look in relation to CST-100's land landing. JD: "But the only fundamental truth I see here is that space is hard..." Well yes, but Nasa seems to be coming in rather late with mid-course corrections on two programs that it has followed from the start. Nasa must have been missing something somewhere early on. I'd like to see the LOC requirement initially set at that of Soyuz whatever figure it is. Then they could work towards the 1:270 which is easier done with a vehicle that is in use for crew. Using the Soyuz basis would mean that there is no supplementary risk for crew. BTW If any point leads to any extended debate, there's https://www.reddit.com/r/planetarysociety.

"SpaceX downplayed those turbine cracks in early 2017, after NASA raised concerns. Nevertheless, the company went ahead and modified its turbines to stop the cracks altogether. That seems like a prudent move." Cracks in high speed turbines seems to be unavoidable, especially in the brittle metal creating hydrogen fuel environment that NASA prefers: [NASA 1988:] "The analytical results from two-dimensional (2D) and three-dimensional (3D) finite element model investigations into the cracking of Space Shuttle Main Engine (SSME) High Pressure Fuel Turbopump (HPFTP) first- and second-stage turbine blades are presented. Specifically, the initiation causes for transverse cracks on the pressure side of the firststage blade fir tree lobes and face/corner cracks on the downstream fir tree face of the second-state blade are evaluated. Because the blade material, MAR-M-246 Hf (DS), is highly susceptible to hydrogen embrittlement in the -100 F to 400 F thermal environment, a steady-state condition (full power level = 109 percent) rather than a start-up or shut-down transient was considered to be the most likely candidate for generating a high-strain state in the fir tree areas. Results of the analyses yielded strain levels on both first- and second-stage blade fir tree regions that are of a magnitude to cause hydrogen assisted low cycle fatigue cracking. Also evident from the analysis is that a positive margin against fir tree cracking exists for the planned design modifications, which include shot peening for both first- and second-stage blade fir tree areas." [ https://ntrs.nasa.gov/search.jsp?R=19890015064 ] Cracks are natural in SMMEs. [ https://archive.org/details/NASA_NTRS_Archive_19930013936 ] SMMEs are used in SLS. SpaceX propellant has less free hydrogen. It is prudent to verify that there is margin, but eliminating them is either (voluntary) overkill or SLS@NASA uses a double standard.

Commercial Crew has one practical use but it is not taking crews to the soon-to-die-of-old-age-space-station-to-nowhere. Commercial Crew vehicles should be used to transport astronauts to and from Lunar Cyclers. A number of shielded Lunar Cyclers traveling between the Earth and the Moon, utilizing SLS wet workshops and lunar water as shielding, are the logical next step. Abandoning LEO as the dead end it is as soon as possible and redirecting funding is the prerequisite.

Forgive my comments as I’m sure they will seem trite to the learned comments above . Seems to me Boeing have their fingers in both commercial and government pies. Yet both programs continue to delay on delay . They’ve been doin this since the 60’s - right? and I know the ‘Space is hard ‘ quote , but one program is using legacy tech, and the laws of physics haven’t changed for capsule design as far as I know . To be honest I don’t know , that’s why I’m not a rocket engineer!