Earth tilts on its north-south axis with respect to the plane of its orbit by 23.4 degrees. Over the course of one year, each hemisphere gets a turn in more direct sunlight, which causes our seasons.

When either the North or South Pole is pointed most directly toward the Sun, it's called a solstice. Today at 11:28 a.m. EST (16:28 UTC), it's the South Pole's turn. From a northerner's perspective, the Sun is as far south as it will be for an entire year. That's why our days have been getting shorter—the Sun doesn't stay above the horizon as long.

If you're the type of person that needs pictures to visualize this, fear not: We have an army of Earth-observing satellites at our disposal to help.

Himawari-8 is a Japanese weather satellite. It's in geostationary orbit, where satellites match the rotational speed of Earth, allowing them to hover over the same spot. Here are two pictures of Earth by Himawari-8. The image on the left was taken on northern solstice (June 20), and the image on the right was taken December 19, two days before southern solstice. Can you visualize the Sun's position in each image? 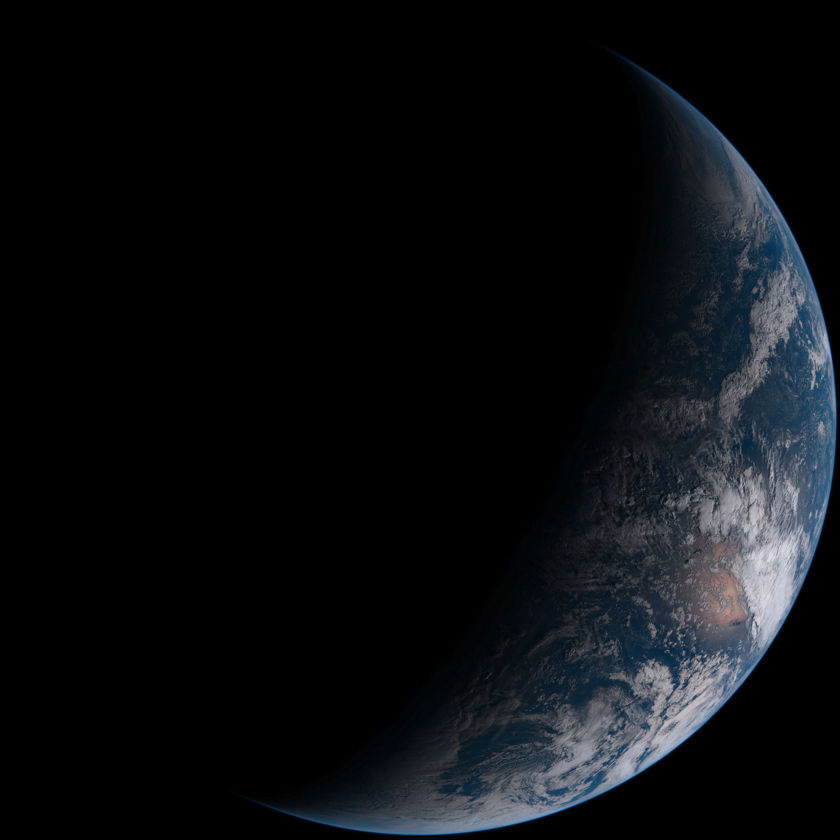 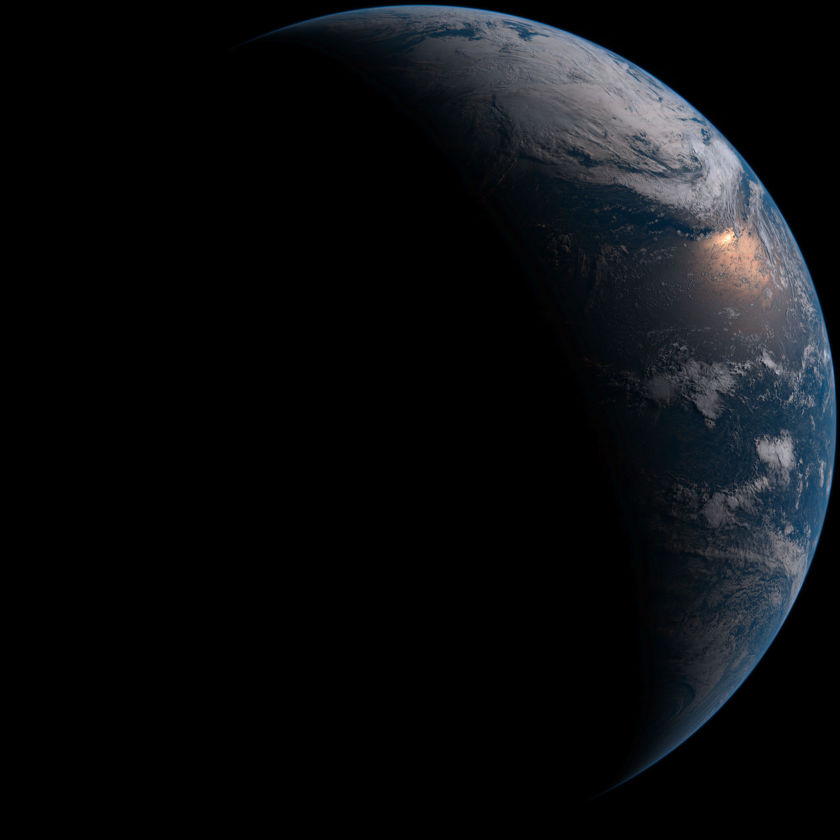 Here's another example from DSCOVR, a NOAA Earth-observing satellite located between Earth and the Sun. DSCOVR orbits an invisible spot called L1 about 1.5 million kilometers from Earth, where Earth and the Sun's gravity balance each other out. Whereas Himawari-8 sees a full day-night cycle from its vantage point above the Pacific Ocean, DSCOVR always sees the side of Earth bathed in sunlight. The image on the left was taken on northern solstice (June 20), and the image on the right was taken December 14, a week before southern solstice. Notice how the position of Africa changes! 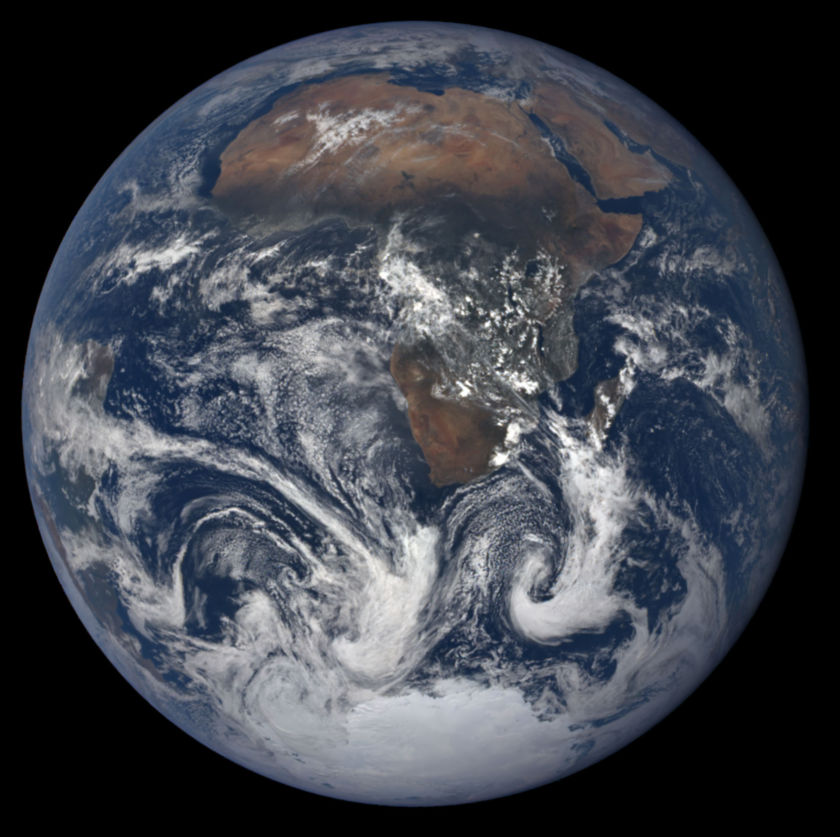 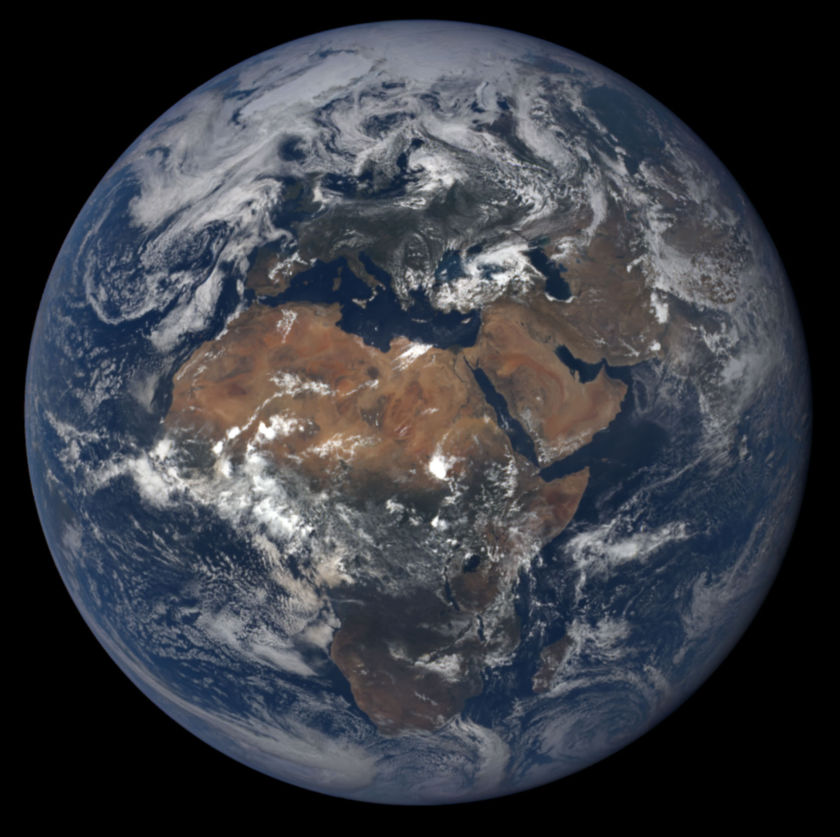 One more example: NOAA's GOES-East satellite, which launched on Nov. 19, 2017, officially became operational Monday. Like Himawari-8, it's in geostationary orbit, but positioned over the Western Hemisphere where it can observe the United States. Here's an animated loop from Tuesday showing the Sun's sweep across the Earth.

The night-day delineation here isn't as drastic as it would be with the naked eye, because GOES-East images the night portions in infrared. But you can clearly see how the Sun is "beneath" the satellite, keeping Earth's north pole in darkness.

Finally, I'd like to offer warm (ha!) solstice wishes to my colleague, Merc Boyan, and his wife, CaLisa Lee. Merc and CaLisa celebrate solstice as an alternative to traditional holidays like Christmas. Among other things, they make a big meal, build a fire, and reminisce about the past year. Merc says it's all about celebrating in the context of the planet's actual rhythms, which makes him feel more connected to the cosmos and the interesting science in play.

As someone who's currently stressed about the holidays, I have to say that sounds pretty appealing. Happy solstice, everyone!