In the early morning hours of January 21, 2017, the dwarf planet Haumea passed in front a star and cast a shadow across Europe. Twelve telescopes at 10 different observatories watched. European scientists hoped the transit would shed new light on a far-flung member of our solar system orbiting farther from the Sun than Pluto.

Two of the telescopes used for Haumea observations—one in Slovenia, and one in Italy—received funding from The Planetary Society's Shoemaker Near Earth Object (NEO) Grant program, which helps amateur astronomers find, track and characterize near-Earth asteroids.

Via a new paper in Nature led by J. L. Ortiz from the Instituto de Astrofísica de Andalucía (CSIC) in Spain, the occultation results are in: Haumea has a ring! It's the first discovery of a ringed world beyond Neptune, and a reminder there are many fascinating worlds at the edge of our solar system yet to be explored. 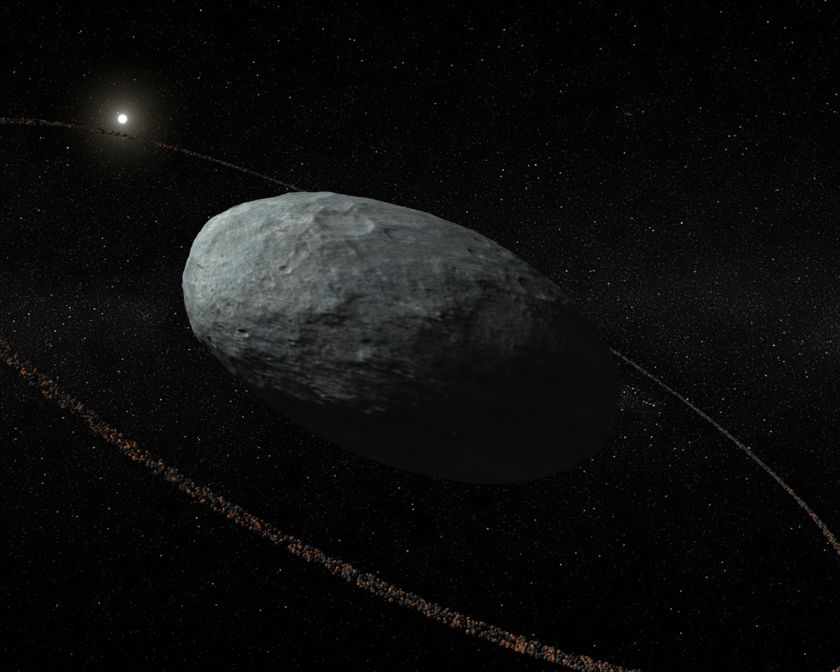 Haumea is one of four known dwarf planets beyond Neptune; the others are Pluto, Eris and Makemake. The frigid world is an ellipsoid about as wide as Pluto, shaped roughly like a flattened egg or river stone. This study found its long axis to be about 1704 km.  It has two known moons: Hiʻiaka and Namaka.

We know giant planets like Jupiter, Saturn, Uranus and Neptune have rings, but thus far, we've only found them around two small worlds. Chariklo is about 250 kilometers wide, and has two rings, while Chiron, about the same size, is also suspected to have a ring. Both Chariklo and Chiron are Centaurs, small worlds orbiting the Sun between the asteroid belt and Kuiper belt, crisscrossing the giant planets' orbits.

With today's announcement, Haumea becomes the first, small, non-Centaur known to have a ring, and the farthest ring world we've found in our solar system.

The European observers discovered Haumea's rings by measuring the amount of light coming from the star the dwarf planet crossed. The light dips were consistent with a ringed world, and the Nature paper describes the rings as being similar to those of Uranus and Neptune. 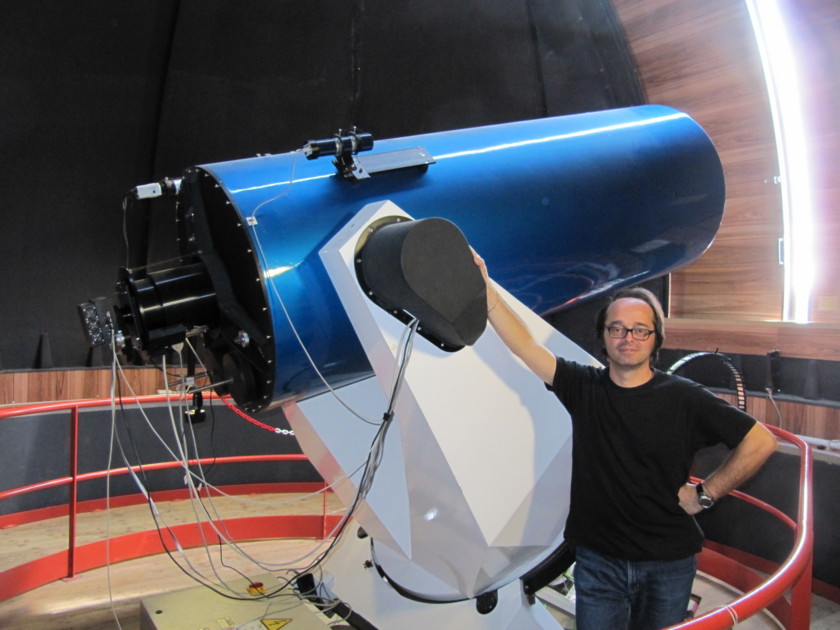 The Planetary Society is recognized in the paper for a 2013 Shoemaker NEO grant to the Astronomical Observatory of the Autonomous Region of the Aosta Valley, located in the Italian Alps. The $9,120 award allowed observers there to re-aluminize a 0.81-meter telescope mirror and install equipment to increase the telescope's field of view. The improved telescope makes many NEO observations, but it's also used for other efforts such as the Haumea transit.

Two Aosta Valley researchers are paper co-authors: Albino Carbognani and Jean Marc Christille. In an email, I asked Carbognani to describe his experience observing the Haumea transit. Here is his response, edited slightly for clarity and brevity:

Watching an occultation is always a bet because these are events that last for just tens of seconds, and there are many things that can go wrong, such as weather conditions or computer failure. The exciting thing is that you never know what you will find.

In the case of Haumea, it was thought there might be other satellites, in addition to the known ones, or a thin atmosphere (like Pluto's). Instead, we found a ring. And this was the first ring discovered beyond Neptune!

During the occultation everything went well. The satisfaction of having participated in the physical characterization of Haumea is difficult to explain, but more or less comparable to my discovery of the asteroid "Valléedaoste" in 2007.

In any case, the contribution of the Planetary Society was important because without the refurbishment of the telescope optics, the performance of the instrument would surely not be so good for the photometric observation of this distant solar system world.

Another Planetary Society-funded contribution came from Herman Mikuz, a paper co-author who operates the Crni Vrh Observatory in Slovenia. Crni Vrh's 0.6-meter telescope was funded partially by a 2000 Shoemaker grant, and averages multiple NEO discoveries each year. In 2010, a second Shoemaker grant of $8,000 helped purchase a new CCD, which was used for the Haumea observations.

The Haumea paper also includes new estimates for size, shape and density. As the dwarf planet itself passed in front of the star, the drop in starlight was abrupt, meaning Haumea probably lacks a global atmosphere like Pluto's.

What the new Nature findings mean for Haumea's classification is the long run is unclear. Is it an entirely new type of world? How many small bodies beyond Neptune have rings? At the moment, we have only a small sample of worlds to draw from for conclusions, and even less of those have been visited by spacecraft.

1,704 kilometers was the long axis of the ellipsoid visible during the occultation; the paper actually says that Haumea's true long axis is at least 2,322 kilometers.

The related discovery of Haumea's dimensions means that Haumea should be demoted from "dwarf planet" status. The dimensions have ruled out hydrostatic equilibrium and like Vesta, that means it becomes a planetoid or a simple KBO. It seems to have escaped people's attention that the results on the nucleus are as unexpected and significant as the rings are. More surprises are possible, and more occultations are needed to narrow down its shape, since this occultation only gives a snapshot of its shadow at this orientation in its very fast rotation.

How do I apply for a grant with the Planetary Defense Fund? 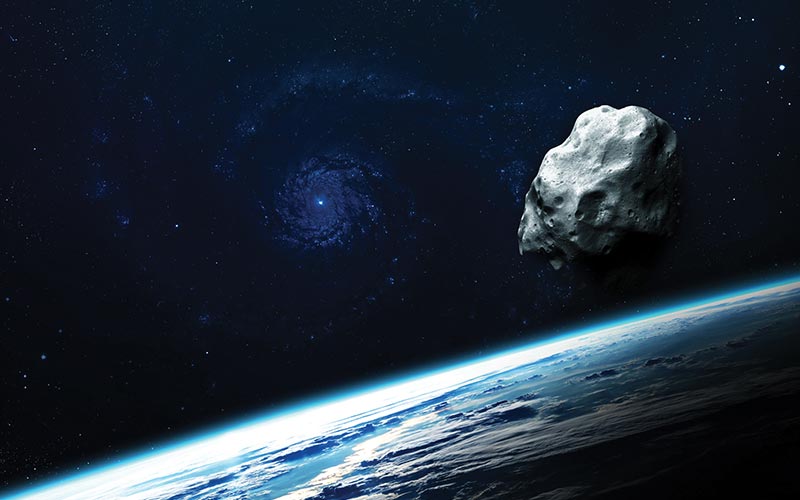