The National Space Council, an advisory group tasked with developing a unified strategy for government space interests, now has an executive secretary.

Scott Pace, the director of The George Washington University Space Policy Institute, will fill the position. He will report to Vice President Mike Pence and work with 13 key White House appointees representing agencies with a stake in space operations, including the Secretary of Defense and the yet-to-be-named administrator of NASA.

Pace, a longtime space policy expert, said in a November 2016 Aviation Week & Space Technology op-ed that a "strange inversion of space policy leadership" occurred during the Obama administration, in which Congress, not the White House, called the shots on how NASA should send humans beyond low-Earth orbit for the first time since 1972.

As the National Space Council's executive secretary, Pace may find himself in a position to alter that trend, developing policies that affect the future of the world's largest space agency. Here's a guide to this influential new member of the Trump administration. 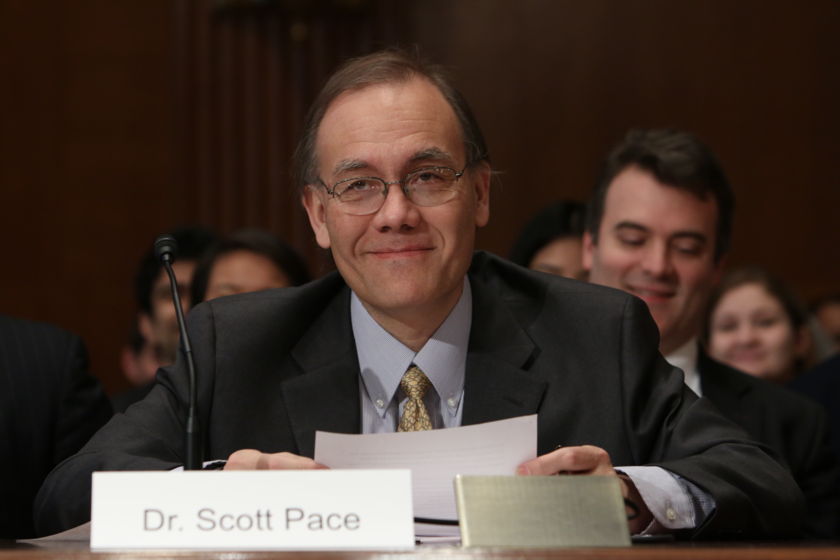 Scott Pace has an academic background in physics, aerospace and space policy. He received his Ph.D. in policy analysis from the RAND Graduate School in 1989.

In the 1990s, Pace served as the deputy, and then the acting director, of the Office of Space Commerce, an agency with a mission to "foster the conditions for the economic growth and technological advancement of the U.S. commercial space industry." During the Clinton presidency, he worked at the RAND corporation, before serving on the George W. Bush transition teams for NASA and the National Science Foundation.

Pace was an assistant director in Bush's Office of Science Technology Policy, and then an associate administrator for program analysis and evaluation at NASA from 2005 to 2008. This gave him a front-row seat for the development of the return-to-the-Moon Constellation program, which took shape under NASA administrators Sean O'Keefe and Michael Griffin (Pace also served as a deputy chief of staff for O'Keefe).

Pace has previously been critical of the Obama administration's space policies. In 2015 testimony to the Senate's space science subcommittee, he called the country's current space strategy "adrift."

In 2010, when Obama canceled Constellation and directed NASA to send humans to an asteroid and Mars, Pace said the international community was "blindsided" because its attention had been shifting to the Moon. In a 2016 paper for the journal Space Policy, he wrote that traditional U.S. space partners in Europe and Japan, as well as emerging partners like India and South Korea, felt alienated by U.S. abandonment of the Moon for human spaceflight. This, he said, "has been exacerbated by the failure to attract significant international interest in human missions to an asteroid or Mars."

The Congressional battle following the cancellation of Constellation, which led to the creation of the Space Launch System, marked a prolonged period of space policy uncertainty—and Pace said this damaged NASA's budget prospects. The Obama administration's five-year projections in 2010 showed the space agency's budget peaking at $21 billion in FY 2015, but in reality, the that top line ended up being $18 billion—with each year marked by disagreements between the White House and Congress over how much SLS, Orion and commercial crew programs should receive.

Pace also noted that NASA's 1992 budget, if adjusted for inflation, would be $24 billion. He also cited a stunning fact: The 2009 stimulus program, in infation-adjusted dollars, was larger than NASA's entire budget from 1958 to 2008.

"To emphasize," he wrote, "The United States sent humans to the Moon, built and operated a Space Shuttle fleet for 30 years, completed the initial robotic exploration of the solar system, built and operated several space telescopes, and contributed its share of the International Space Station for less than the cost of the American Recovery and Reinvestment Act."

Pace's 2015 testimony was focused on human exploration efforts, but he did mention planetary science. He criticized the Obama administration's efforts "to cut programs favored by Congressional stakeholders, like Planetary Science and Aeronautics," and also noted Congress should ensure "programs like Planetary Science and Earth Science receive funding consistent with their scientific merit."

How effective will the National Space Council be at unifying America's civilian, military and commercial space sectors?

In a January article for The Space Review, John Logsdon, a Planetary Society board member and Pace's predecessor at the GWU Space Policy Institute, said it could come down to Vice President Pence, and his ability to use his influence to "overcome the institutional resistance of executive agencies, particularly those in the national security community, to White House direction."

In Pace's view, NASA's exploration plans will fare best if linked to America's larger interests—especially on the international stage. In his paper for Space Policy, he cites the U.S.-Japan International Space Station partnership, arguing it strengthens ties with a key ally in the Asia-Pacific region—an area continuing to gain world influence. Similar partnerships can bolster America's interests abroad, which leads to financial support back home.

Additionally, Pace has said that if the U.S. doesn't continue to lead the world in space exploration, other countries like China will fill the void.

"Leadership in space is vital to protecting our own interests and creating a more stable international order in which the United States continues to be the indispensable nation," he wrote in an article for The Hill earlier this year. "Today, with many more countries in space, leadership is less about what we can do alone—perhaps better than anyone else—and more about what we can get others to join with us in doing." 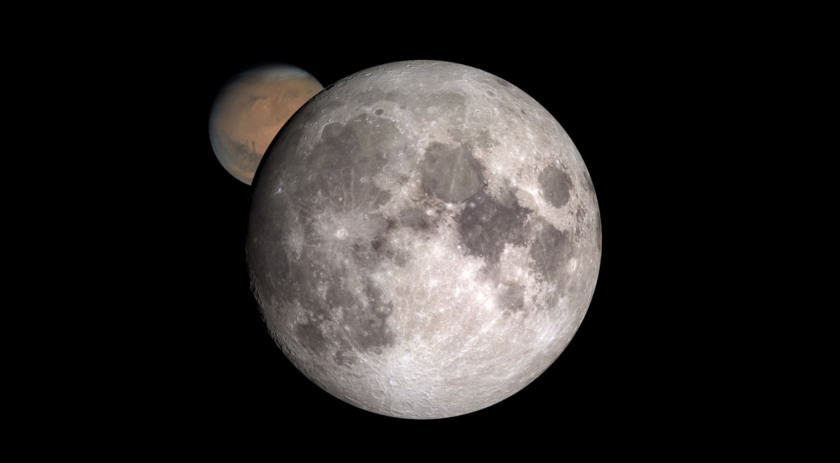 A stepping stone to Mars?

NASA's near-term human spaceflight goal has shifted back to the Moon.

The Moon and commercial partners

The National Space Council will review multiple aspects of U.S. space policy. One key decision is what role the Moon and commercial companies will play in NASA's deep space exploration plans.

Pace's 2015 Congressional testimony indicated support for SLS and Orion and a return to the Moon. He lauded SLS's ability to inject 130 metric tons into low-Earth orbit, and expressed the importance of fully funding the vehicle's Exploration Upper Stage. A Saturn V-class rocket, he said, is "highly beneficial for a human return to the Moon and a necessity for eventual human missions to Mars."

Returning to the Moon with international partners could build a new market for commercial space companies. In his writings, however, he has stopped short of endorsing a full switch to commercial rocket providers over government-owned vehicles. Whether or not the space council would endorse such a move—which could ignite a repeat of the 2010 Congressional fight over the Space Launch System—remains to be seen.

During a recent visit to Kennedy Space Center, Vice President Mike Pence re-iterated that the goal of the National Space Council was to unify American space policy for the benefit of all involved agencies. Judging from Pace's writings, he seems to agree this is important to NASA's future.

"If we are to have an effective American space strategy, we need to align our policies, programs, and budget priorities with enduring national interests," his 2015 congressional testimony reads. "This means looking beyond individual missions and seeking to determine what future humanity might have beyond the Earth, and what values will be part of that future."