Everything you need to know about tomorrow's historic SpaceX launch

This is a pretty big deal, for several reasons: It's SpaceX's first east coast launch since a Falcon 9 exploded at Cape Canaveral last September. It's the first NASA-contracted mission since that accident. And it's the first flight from SpaceX's new launch facility at KSC pad 39A, where Saturn rockets and space shuttles have soared into space since the 1960s.

Here is everything you need to know about the mission.

SpaceX leases pad 39A from NASA.

Two launch pads were built during the Apollo program to host the mighty Saturn V moon rocket: 39A and 39B. The pads were then repurposed for space shuttle flights. After the shuttles retired in 2011, NASA decided they only needed a single pad, since the shuttle's successor vehicle, the Space Launch System, will have a comparatively low flight rate. In 2014, NASA leased 39A to SpaceX on a 20-year agreement. The company is responsible for operating and maintaining the facility at their own expense. 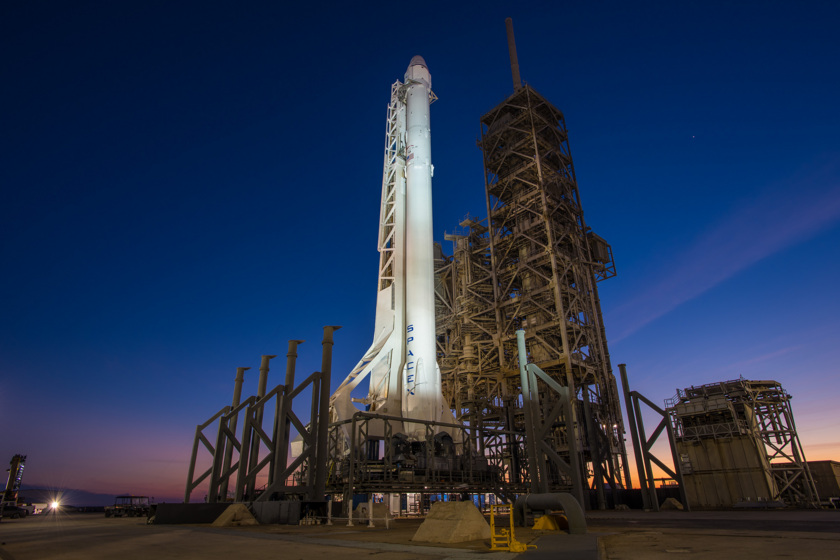 Falcon 9 and Dragon at pad 39A

This mission was originally supposed to fly from SpaceX's other launch pad, Space Launch Complex 40.

Last year's Falcon 9 explosion severely damaged SpaceX's other pad, SLC-40. At the time, pad 39A—which will one day host the Falcon Heavy rocket and Falcon 9 crew flights—wasn't ready for use. SpaceX decided to accelerate work on 39A and shift operations there while repairs are being made to SLC-40. 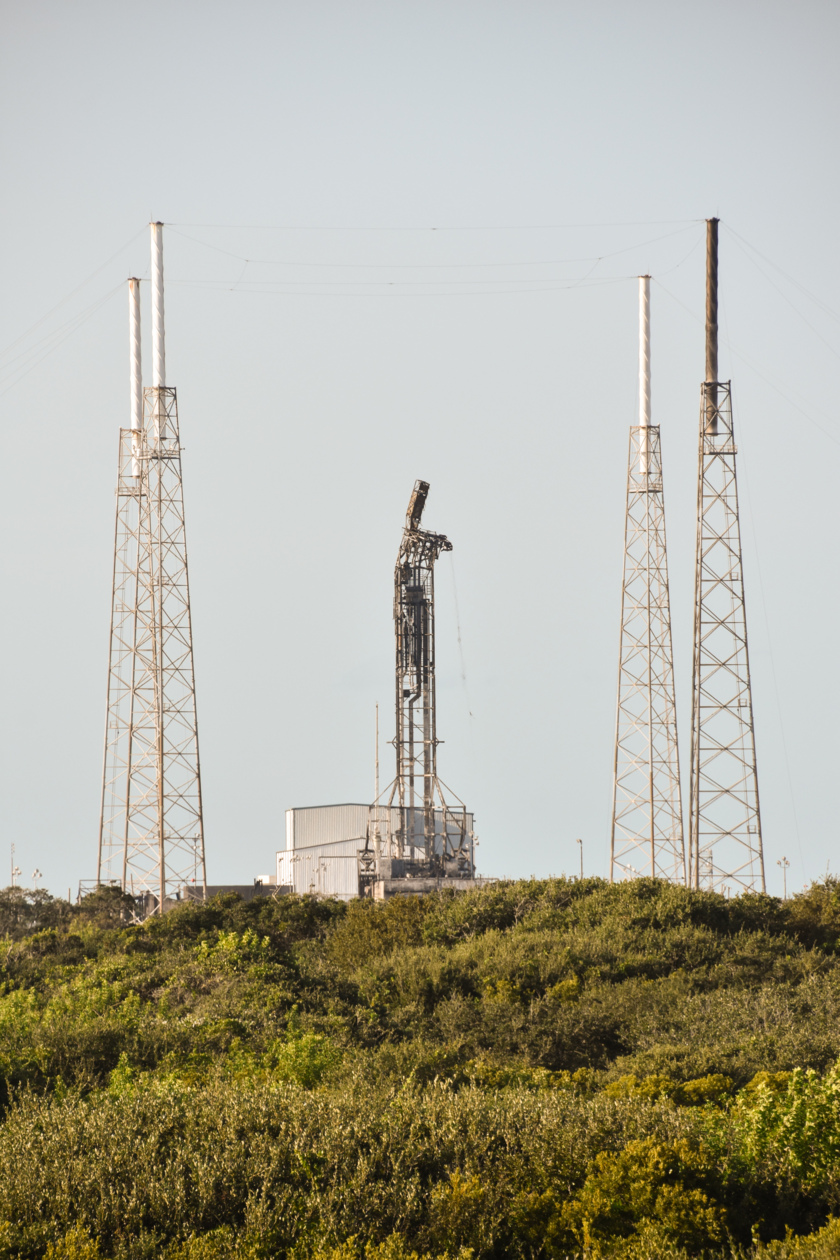 The charred ground equipment at SLC-40, as it looked two weeks after last year's explosion. 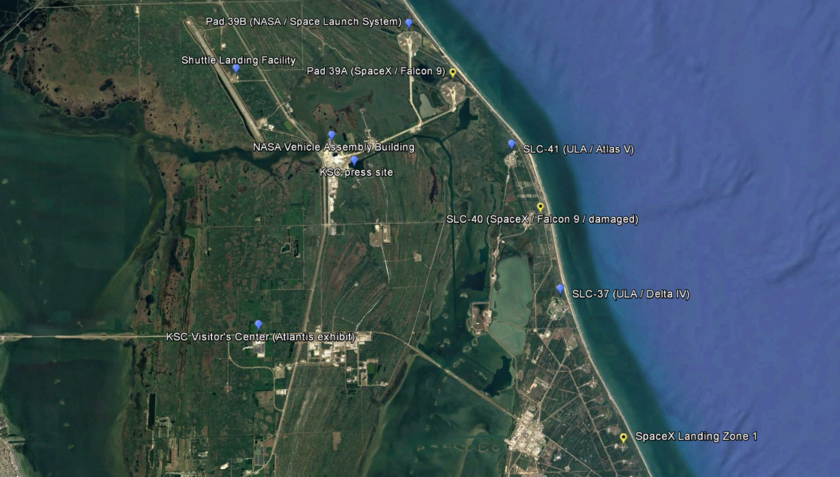 SpaceX facilities are highlighted in yellow.

The SpaceX rocket's payload is a Dragon cargo spacecraft bound for the International Space Station.

An on-time launch Saturday will put Dragon at the ISS on Monday, Feb. 20. NASA TV coverage will start at 7:30 a.m. EST. Dragon will sidle up to the station, where astronauts Shane Kimbrough of NASA and Thomas Pesquet of the European Space Agency will grab it with the facility's robotic arm. The spacecraft will be berthed to the Earth-facing port of the station's Harmony module, and will stay there for about a month. Departure is currently scheduled for March 21.

After launch, the Falcon 9's first stage will fly back to Cape Canaveral.

This will be the third attempt to land the rocket's first stage at Cape Canaveral. SpaceX has had better luck with this method than by using their drone ship; thus far, the company is two-for-two on land landings.

Everyone will be calling the launch "historic." That's because it is.

Pad 39A has a lot of history. It was last used on July 11, 2011, when space shuttle Atlantis blasted off for the program's final flight.

Another very important mission lifted off from 39A, too: 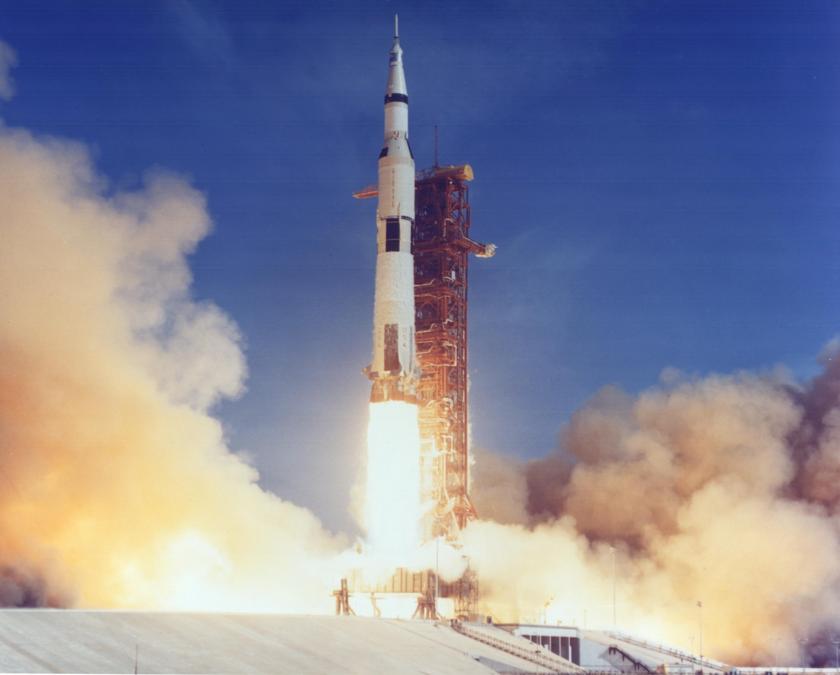 Apollo 11 liftoff from pad 39A

Apollo 11 blasts off to the Moon carrying Neil Armstrong, Buzz Aldrin and Michael Collins on July 16, 1969.

Here are a few final stats.

NASA calls this mission CRS-10; that stands for Cargo Resupply Services. It's the tenth contracted SpaceX flight to the International Space Station. Of those, all but one have been a success (CRS-7 was destroyed en route to orbit in 2015).

We may be sending people back to the Moon NEXT YEAR. http://time.com/4673290/nasa-moon-astronauts/ Wow.

@Messy: To lunar orbit, not to the surface. The latter would have been an absurd claim, as we have no lander. The former is at least plausible, although anything but trivial. But it's good to see some ambition. Perhaps that ambition will get enough motivation in congress to increase NASA's budget.

As we all now know, the *historical* moment happened on Sunday, thank goodness. If that SpaceX launch quickly leads to Mars (or other) as Apollo led to the Moon, then *historical* will be justified, hoping you're right ! Let's hope at least we've crossed a low point on the space odyssey! There was something dystopian in the visual of a takeoff from a sort-of junk yard (unfinished demolition of the "RSS" Shuttle loading structure) into a heavily clouded sky. The stage-one landing https://www.youtube.com/watch?v=glEvogjdEVY was of some beauty but a strange banality, reflected by the rather sparse group of watchers-on at the Hawthorne control center. At the post-launch press conference https://www.youtube.com/watch?v=qfh9-o-6Cso each was in their expected role. Is this the past of a brilliant future? - Let's hope so! @Messy cf 02/18/2017 07:30 CST. "We may be sending people back to the Moon NEXT YEAR". They're flying with dusted-down RS-25 shuttle engines, stretched shuttle boosters and a tinkered-with Apollo command module with an old-technology ablative shield (SLS). Around-the-Moon is just a hoped-for option. But what will an informed and tax-paying public think of that ? As Karen says, it's not to the surface. It's not in 2018 either because "not the same date" has to be later. The likely outcome is that Boeing and SpaceX will have blazed the trail by flying astronauts to orbit first.