What's the matter with Russia's rockets?

Yesterday evening in Kazakhstan, a Russian Soyuz rocket blasted off from the Baikonur Cosmodrome, carrying a cargo-laden Progress spacecraft toward the International Space Station.

For the first six-and-a-half minutes of flight, everything appeared to be going well. But during the third stage engine burn, Russian flight controllers inexplicably lost contact. For reasons yet unknown, the engine apparently cut out, and the Progress never made it to orbit. It reentered Earth's atmosphere over southern Siberia, and broke apart.

By my calculations—which are outlined at the end of this article—this marks the fifteenth failure of a Russian rocket in 6 years. Of those, all but two were related to upper stages. Seven were tied to the Proton's Briz-M, while Soyuz stages have been implicated five times. Three Soyuz failures involved the rocket's native third stage, and the other two were related to the Fregat.

The current version of the Proton has been around since 2001, and it's often associated with the word "workhorse." Soyuz dates back to the dawn of the space age, when an ancestor of the stalwart launcher sent Sputnik into space in 1957. Both rockets have evolved, but in terms of recent history, Russia's core launch fleet has remained relatively unchanged.

So what's the matter with Russia's rockets? 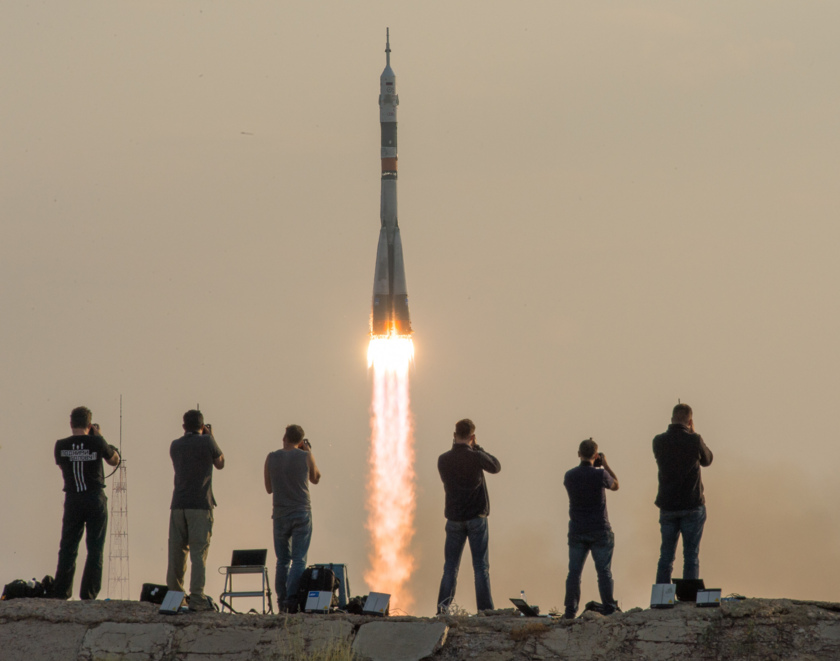 Kate Rubins, Takuya Onishi and Anatoly Ivanishin ride a Soyuz MS-01 spacecraft into orbit after launching from the Baikonur Cosmodrome in Kazakhstan on July 7, 2016.

The three stages implicated above are built by different manufacturers. Proton and the Briz-M are products of the Khrunichev State Research and Production Space Center, Fregat is manufactured by NPO Lavochkin, and the Soyuz—along with its native upper stage—is built by RSC Energia.

During some of the mishaps, upper stages shut down prematurely. This was the case in 2011, when a Soyuz third stage died 325 seconds after liftoff—just one minute sooner than yesterday's incident occurred.

When multiple upper stage burns are required, as is often the case with Briz-M flights, improper firing durations have placed payloads into incorrect orbits. If that happens, a satellite can sometimes crawl its way to the right spot; other times, it tumbles back to Earth after a few days.

But other than the fact that most of the accidents have involved upper stages, there isn't an easily identifiable common thread between the accidents. It turns out the real reason for Russia's rocket woes may be tied to the country's changing economic and demographic landscape.

Earlier this this year, Russia approved a 10-year, $20 billion space budget. That's barely more than NASA receives in a single year, and represented a 64 percent slash from what was originally proposed in 2014.

"The Russian space sector is short of funding, and may be having difficulties maintaining its quality control standards," said John Logsdon, a Planetary Society board member and professor emeritus of political science and international affairs at George Washington University.

Additionally, Russia's workforce is shrinking. Since the 1990s, the country's population has steadily declined, despite an influx of more than 9 million immigrants. Those migrants have filled some of the country's job vacancies, but the overall effect, according to the Brookings Institute, is that Russia faces a sharp decline in labor quality.

"The effect of that is that they have a skills mismatch in certain industrial sectors, that appears to include the launch industry," he told me. "The fact that we've seen several instances of Russian rockets not working as designed the past few years seems to support that thesis." 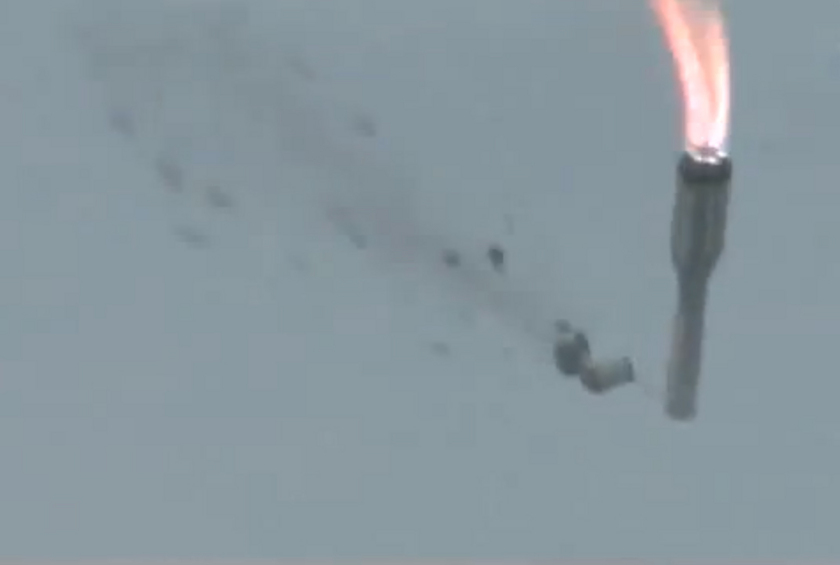 There are signs Russia may be attempting to ward off its financial and quality control difficulties through consolidation. Last year, the country began merging some of its aerospace firms, and in January 2016, the country's space agency, Roscosmos, was folded into a state-run corporation.

In terms of ISS logistics, NASA says Thursday's Progress failure is no cause for concern. The station is stocked with surplus food and supplies, and it has already proved its resiliency to overcome shipping hiccups. In 2014 and 2015, three cargo ships were lost in less than a single year.

But when it comes to astronaut transportation, the Soyuz still represents a single point of failure, said John Logsdon. For NASA, it's urgent that SpaceX and Boeing can start ferrying crews to the station as soon as possible.

"Since the Soyuz booster also is used to lift crew, including U.S. astronauts, to the ISS, its failure underlines the urgency of getting into operation one or both of the U.S. commercial crew systems as alternative means of reaching the space station," he said.

These data were compiled from multiple sources, including RussianSpaceWeb.com, and Gunter's Space Page.

One nitpick: Zenit is an Ukrainian rocket. But yes, what is the matter with Russian upper stages?

The Soyuz rocket (or any of its variants) is not built by RSC Energia, it's built by RKTs Progress in Samara. Also, since 13 of the 15 failures you identify in the past 6 years occurred in upper stages, it might be much more useful to make a list of where these upper stages were manufactured (actual facilities) rather than make generalizations about about Russian "rockets."

Express AM-4R and MexSat-1 were not Briz-M failures. They were (the same) failure in the Proton third stage.

Interesting, indeed. 1. The post doesn't answer the phenomena that most of the mishaps happen to the upper stage, which is surprising, indeed. 2. Oddly enough, nearly all mishaps happened to state-owned payloads, only two seems to be commercial launches. 3. Besides economical/demographical problems, a major possible source of the problems is the Maffia-like organization of the Russian economics. Most of the heads of state-owned companies (obviously including military/space transportation ones) are from the circles of Putin's former colleagues (KGB officers etc.) who are laypeople to the space industry or to lead a big company.

Perhaps it's due to a combination of relevant factors such as these firms being starved of inward investment combined with insufficient testing and quality control.

Your interviewees may hve been quoting from this article of mine published a year go -- http://www.aerospaceamerica.org/Documents/Aerospace%20America%20PDFs%202015/September%202015/AA-Sept2015_Feature1_StuckInDecline.pdf

@Tony Mach "One nitpick: Zenit is an Ukrainian rocket. But yes, what is the matter with Russian upper stages?" What is Ukraine - don't you mean "Novorossiya"? ;) (Kidding!) I imagine the Crimean/Donbas conflicts haven't done anything good for maintaining supply line quality.