Liftoff of the Progress MS-04 spacecraft occurred on time at 9:51 a.m. EST (14:51 UTC). NASA TV reported the first and second stage engine burns of the cargo ship's Soyuz carrier rocket were normal, with no issues reported.

On Twitter, the Russian space agency Roscosmos said that Progress' protective fairing had separated successfully, and the rocket's third stage burn was underway.

Under normal circumstances, the third stage would have burned until almost 9 minutes after liftoff. Instead, an early engine shutdown appears to have sent the cargo ship tumbling back into Earth's atmosphere.

On social media, explosions were reported over the Republic of Tuva, located in one of the southernmost regions of Russia about 2,000 kilometers east of the launch site in Baikonur, Kazakhstan. Roscosmos later reported the vehicle broke apart at an altitude of about 190 kilometers, over a remote, mountainous region. No injuries have been reported due to falling debris.

Progress was scheduled to arrive at the station on Saturday for a docking with the Zvezda module. The spacecraft was carrying 2.5 tons of food, fuel and supplies.

In a statement, NASA said consumables aboard the ISS were stocked at good levels. A Japanese cargo ship is scheduled to launch to the station on December 9. 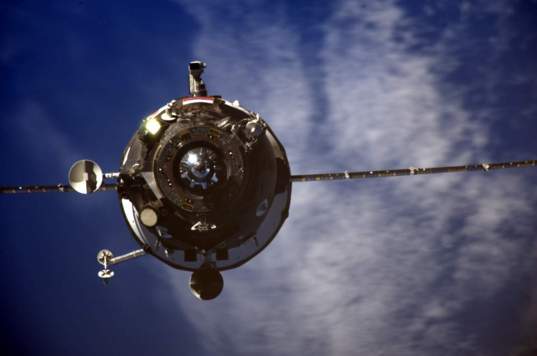