Multimedia recap: Two launches, a landing, a docking, and a berthing

Four days of cargo craft mania came to a close at the International Space Station this morning, as astronauts Kate Rubins and Jeff Williams snagged an approaching SpaceX Dragon vehicle and berthed it to the laboratory's Harmony module.

On Saturday, a Progress supply vehicle blasted off from Baikonur, followed by an early Monday morning launch of SpaceX's Dragon from Cape Canaveral in Florida. For just the second time, SpaceX flew the spent first stage of its Falcon 9 carrier rocket back to Florida for an upright landing. The company has also managed to recover three spent rockets using their autonomous drone ship.

For what may have been the first time ever—according to NASA TV commentator Rob Navias—two cargo spacecraft were briefly en route to the ISS at the same time. Progress arrived first and docked early Tuesday morning, with Dragon completing its journey Wednesday.

Here's a multimedia roundup of two launches, a landing, a docking, and a berthing. 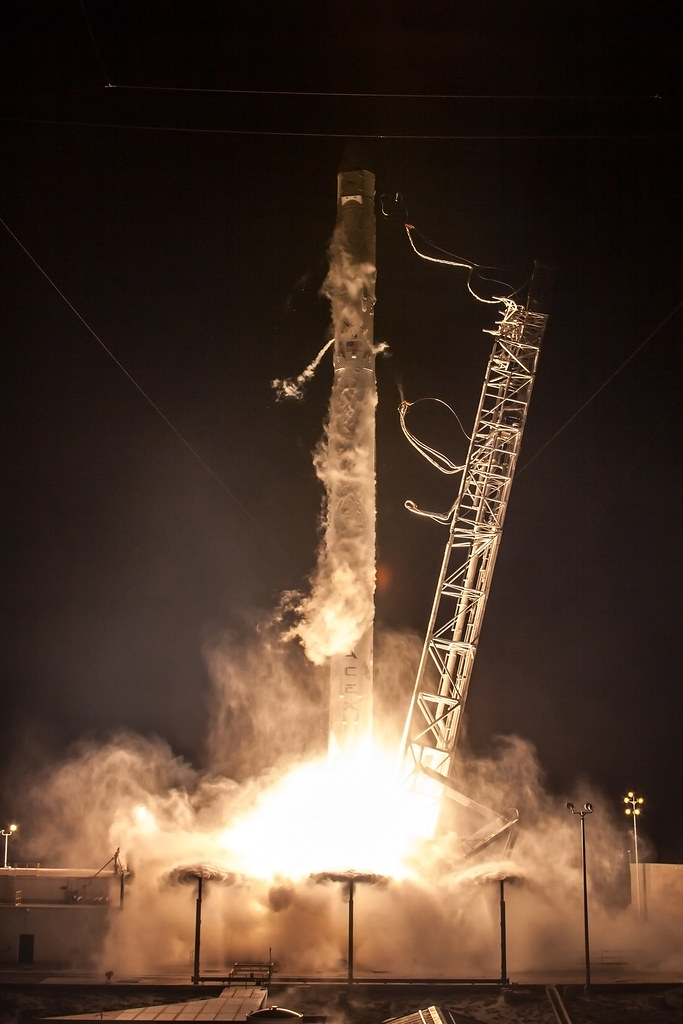 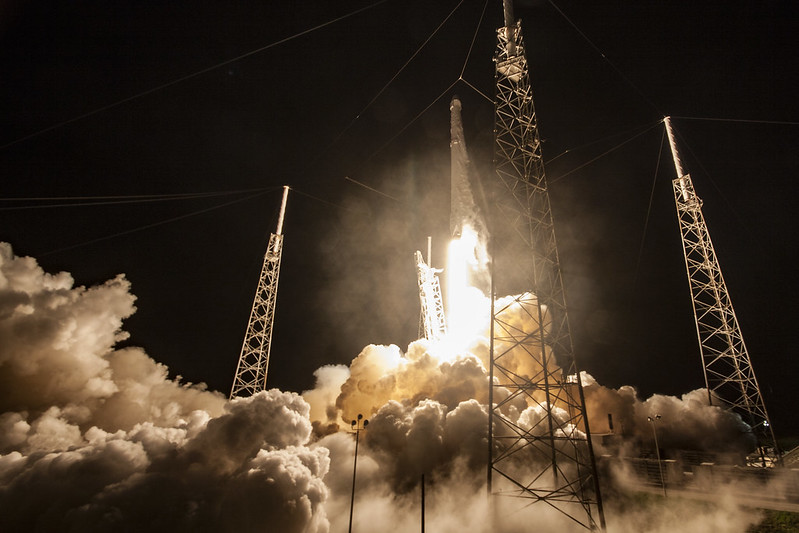 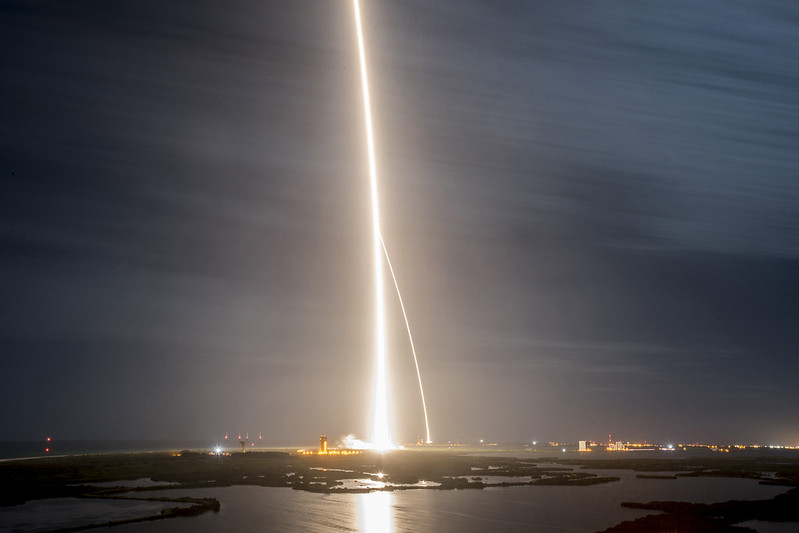 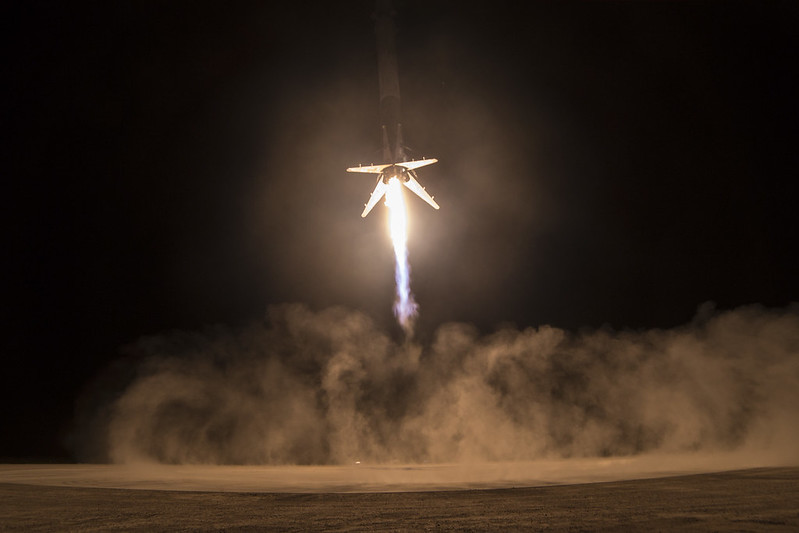 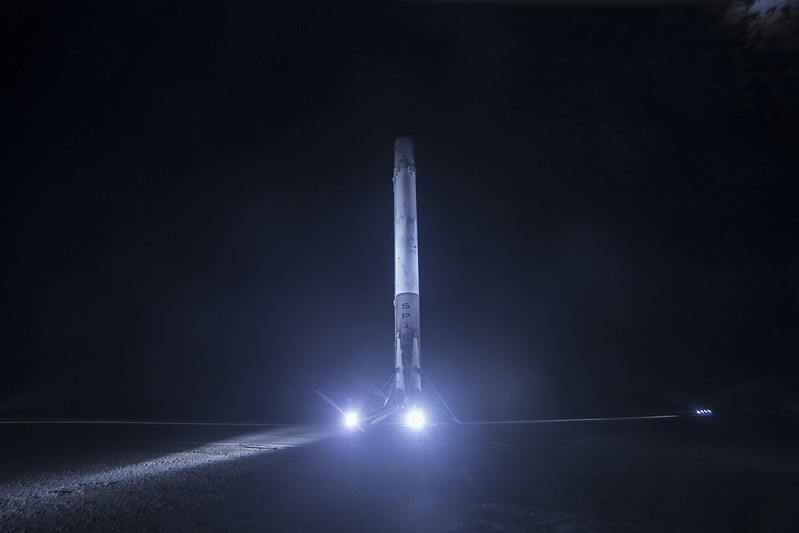 Can you find the Progress approaching us? Zooming back out gives you an idea of scale. pic.twitter.com/GC2xFbCw9n 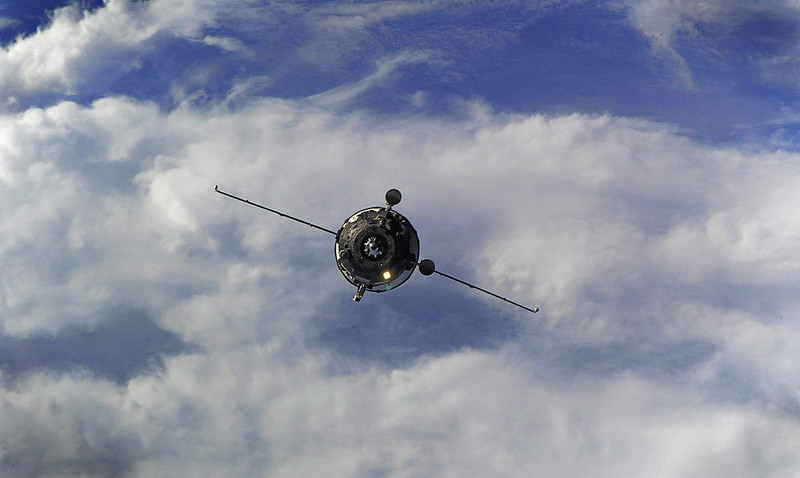 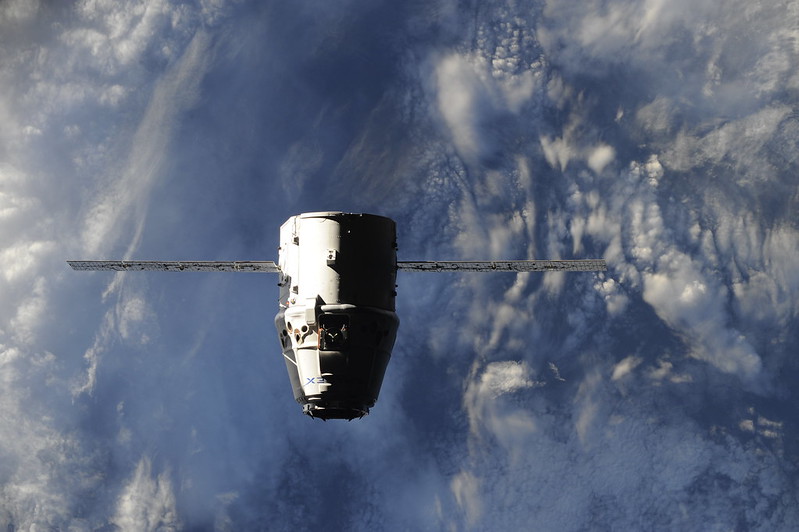 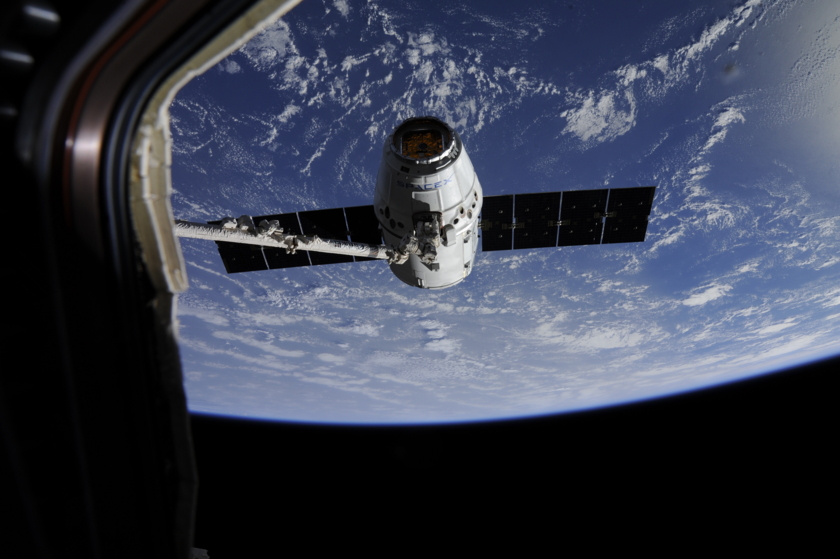 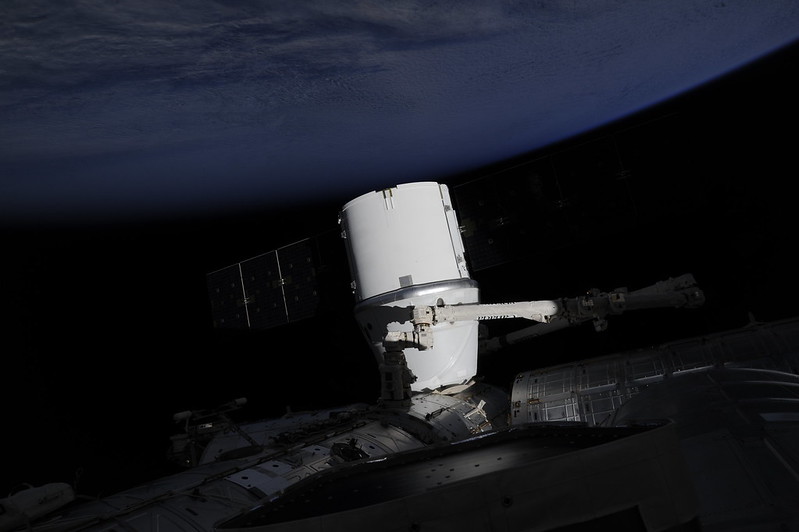 Congrats to the team on capture of @SpaceX #Dragon and Godspeed to the team getting it berthed to @Space_Station! pic.twitter.com/saO8uQcJ4g