The Jason-3 ocean monitoring satellite successfully reached orbit today following a late morning launch from Vandenberg Air Force Base in California. But SpaceX's third attempt to land the first stage of its Falcon 9 rocket on a drone ship came up short. SpaceX CEO Elon Musk said one of the rocket's four deployable landing legs failed to lock in place, causing the rocket to tip over.

Click here to read our launch preview. Here's a recap of the launch and landing attempt:

The rocket was rolled to the pad on Friday, January 15: 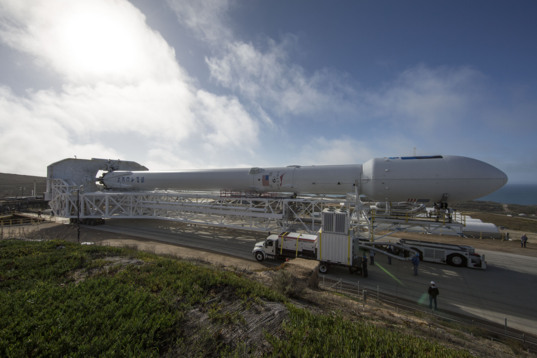 It went vertical on Saturday: 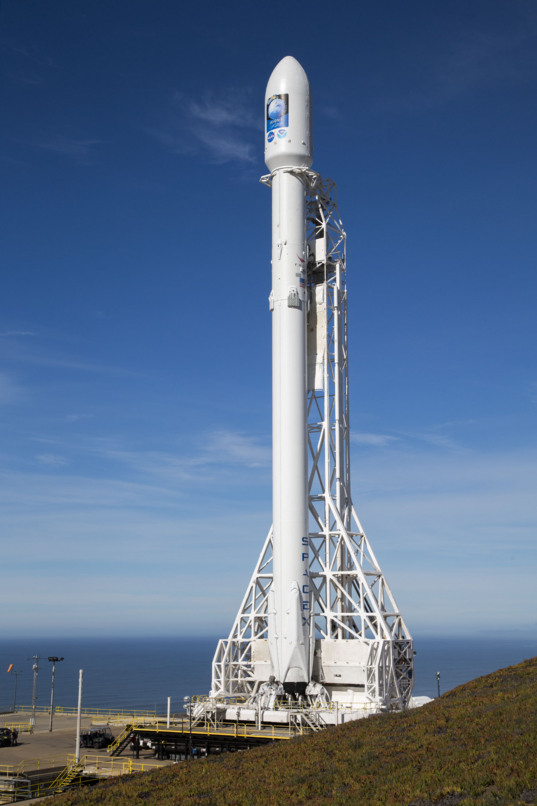 Meanwhile, the drone ship Just Read the Instructions waited in the Pacific Ocean:

Out at sea for tomorrow's launch and landing attempt pic.twitter.com/9LMsj6qryI 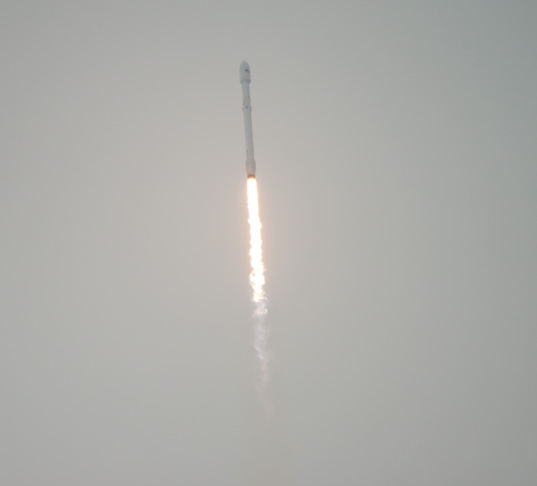 After first stage separation, the Just Read the Instructions waited:

Live video from the drone ship cut out as the second stage and payload entered a coast phase.

Standing by for status of stage one. Second stage and Jason-3 now in nominal coast phase.

But the primary mission of deploying Jason-3 was a success:

SpaceX offered a commentary free version of their webcast. Here it is; spacecraft deployment comes about one hour, 38 minutes into the video:

Further analysis revealed the first stage was right on target. SpaceX appears to have mastered the accuracy portion of their drone ship landings; they just need to perfect the touchdown:

Elon Musk tweeted the aftermath of the rocket's Rapid Unscheduled Disassembly, or RUD:

Well, at least the pieces were bigger this time! Won't be last RUD, but am optimistic about upcoming ship landing. pic.twitter.com/w007TccANJ

He went on to re-iterate a few details about land versus drone ship recovery scenarios:

As mentioned before, ship landings are needed for high velocity missions. Altitude & distance don't mean much for orbit. All about speed.

Ship landings are not needed for flexibility or to save fuel costs. Just not physically possible to return to launch site