A cadre of CubeSats including The Planetary Society’s LightSail spacecraft completed a cross-country journey from California to Florida, where they await installation as a secondary payload aboard an Atlas V rocket. NASA and the U.S. Air Force also released the nomenclature of the rocket’s primary and secondary payloads, and a preliminary launch date has been set for May 6.

LightSail, a 3-unit CubeSat about the size of a loaf of bread, is a part of a flock of spacecraft dubbed ULTRASat. ULTRASat contains an array of Poly-Picosatellite Orbital Deployers, or P-PODS, which are used to spring CubeSats into space. LightSail and its P-POD were integrated to ULTRASat at the Naval Postgraduate School in Monterey, Calif. on Jan. 22. ULTRASat has now shipped to Cape Canaveral, where it will be attached to the Atlas V.

The launch date is currently listed as no earlier than May 6. The rocket’s primary payload is designated AFSPC-5, an acronym that stands for Air Force Space Command. 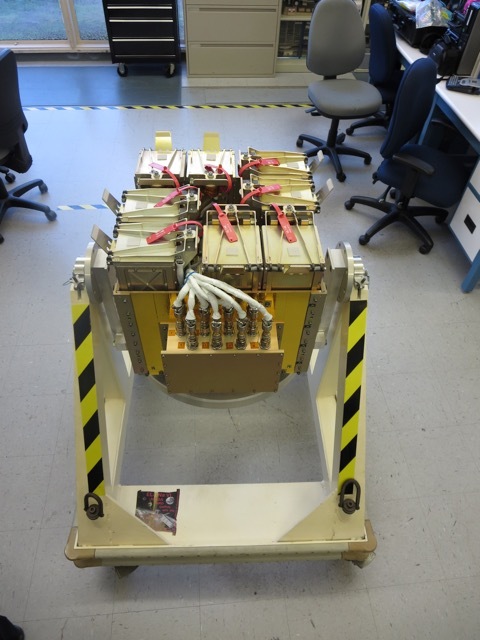 ULTRASat contains of a flock of CubeSats that will hitch a ride to orbit in May 2015 aboard an Atlas V rocket. The Planetary Society's LightSail spacecraft was integrated into ULTRASat on Jan. 22, 2015.

LightSail is flying under the banner of NASA’s Educational Launch of Nanosatellites program—ELaNa. This iteration of the program is ELaNa XI, and LightSail is the only ELaNa member booking a ride aboard ULTRASat. The May flight is a shakedown cruise designed to test LightSail’s systems ahead of a full-fledged solar sailing demonstration in 2016.

The Planetary Society is finalizing a web dashboard that will display LightSail’s ground track and telemetry data. The data will include temperature readings, power levels and rotation rates as LightSail soars around the globe, stabilizing itself using Earth’s magnetic field.

While LightSail will not be visible to the naked eye during its four-week checkout phase, it may be viewable from some locations around dawn and dusk after the sails are deployed. Visitors to the LightSail dashboard will receive predictions on when the spacecraft will be visible from their location. However, due to atmospheric drag, the 2015 test mission is expected to end just two to ten days after sail deployment.

In honor of our May 2015 test flight, we've released a brand new LightSail website. The project's new home includes spacecraft details, a mutli-part history series, and a multimedia gallery.

The lessons learned while preparing for the LightSail test mission are already being applied to LightSail 2. Currently planned improvements include radio upgrades, new stiffener brackets and additional mirrors that will be used for ground-based laser ranging. These upgrades are being performed by Ecliptic Enterprises Corporation, the project’s prime contractor. Additionally, the second LightSail spacecraft will use a momentum wheel and sun sensors to tack like a sailboat, allowing to turn toward and away from the sun’s continual stream of photons. 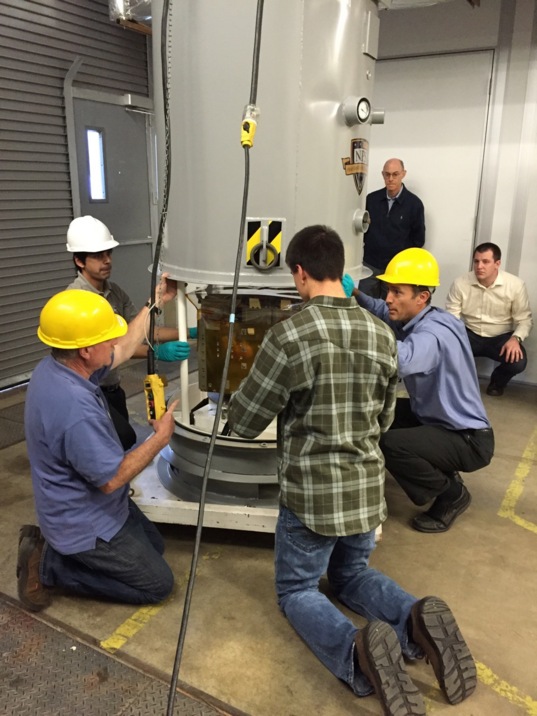 A team of engineers at the Naval Postgraduate School in Monterey, Calif. prepare ULTRASat to be shipped to Cape Canaveral, Fla., where it will be integrated to an Atlas V rocket for launch.

I am going to be giving a lecture on interstellar space travel in a few weeks and the use of solar sail technology is one of my talking points. In the process of doing research Into how big our solar sail will be I came across documentation on something called the Solar Sail Demonstrator mission -- dubbed "Sunjammer" This was supposed to have been launched in 2014. I this the same as the Planetary Society's mission and if not what are the dimensions of our solar sail satellite. Also, sounds like there may be a steering issue relative to solar sail technology is this true?

Hi Phil, Sunjammer was a separate project -- it has since been cancelled: http://spacenews.com/42227nasa-nixes-sunjammer-mission-cites-integration-schedule-risk/ Our sail area is 32 square meters, or 344 square feet. For more info, check out sail.planetary.org. Jason

Really glad to see this. Thanks for keeping us updated Jason!

Amazing birthday present. To launch a light sail is a feat of endurance for all the hard working techs and engineers. It's good to see kick starter going so well for next time. Onwards and upwards.