A second attempt to launch a cargo spacecraft on a trip to the International Space Station was scrubbed today, due to higher-than-acceptable ground winds.

The United Launch Alliance Atlas V rocket, carrying a Cygnus vehicle laden with 3.3 metric tons of ISS crew supplies, was once again ready for liftoff at the start of a 30-minute window at 5:55 p.m. EST. But launch controllers quickly called a hold in the final four minutes of the countdown, opting for a second try 15 minutes later. That attempt, as well as a third at 6:03 p.m., was also stopped when wind gusts exceeded pre-determined limits.

Vern Thorp, United Launch Alliance's NASA mission manager, said the winds posed no danger to the rocket itself, but gusts in certain directions can risk pushing the vehicle into structures at the launch pad.

"Another thing we look at is the effect that those winds would have on drift at launch," Thorp said. "When the vehicle first lifts off, it's moving very slowly—it's subject to quite a bit of drift due to strong ground winds. And depending on what direction the wind is coming from, we have different limits on how high winds we can tolerate, and we were just bumping up against those winds all through the window."

Thick clouds and rain scrubbed the launch of a Cygnus cargo spacecraft bound for the International Space Station this evening, forcing ground controllers to schedule a second attempt Friday at 5:33 p.m. EST (22:33 UTC).

The rocket, a United Launch Alliance Atlas V, was ready for flight when a 30-minute launch window opened at 5:55 p.m. But Air Force forecasters predicted just a 10 percent chance of favorable weather—down from 60 percent at the start of the day—prompting three consecutive delays. The window included four launch opportunities, each spaced 7 minutes, 30 seconds apart.

Rain and thick clouds scrubbed the launch of an Atlas V rocket and Cygnus cargo spacecraft bound for the International Space Station.

The final try was scheduled for 6:25 p.m. Launch teams held the clock at T-minus four minutes and transferred Cygnus to internal power just in case the weather improved.

But ultimately, it didn't. "I'm at the point where I need to drop the hold," said a controller on NASA TV.

"Copy that," said another voice. "Based on the weather, you're not dropping the hold. We have to scrub for today." The call was made at 6:11 p.m.

The next launch attempt is scheduled for tomorrow at 5:33 p.m. EST (22:33 UTC). NASA TV coverage will begin at 4:30 p.m., according to commentator Michael Curie.

Unfortunately, the weather forecast doesn't get much better. Meteorologists predict just a 30 percent chance of favorable conditions, with the main concerns being precipitation, clouds and ground winds. 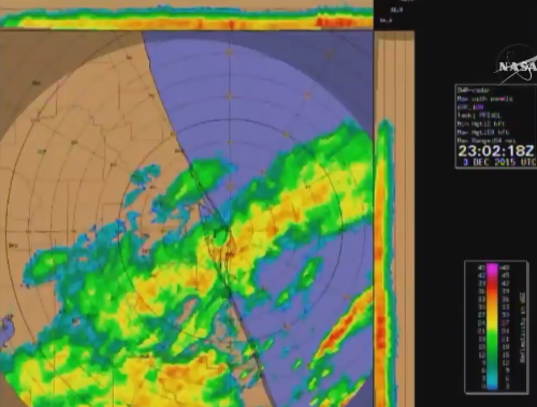 Bad weather for Atlas and Cygnus

An Air Force weather forecast shows precipitation and clouds over Cape Canaveral at the time of launch. 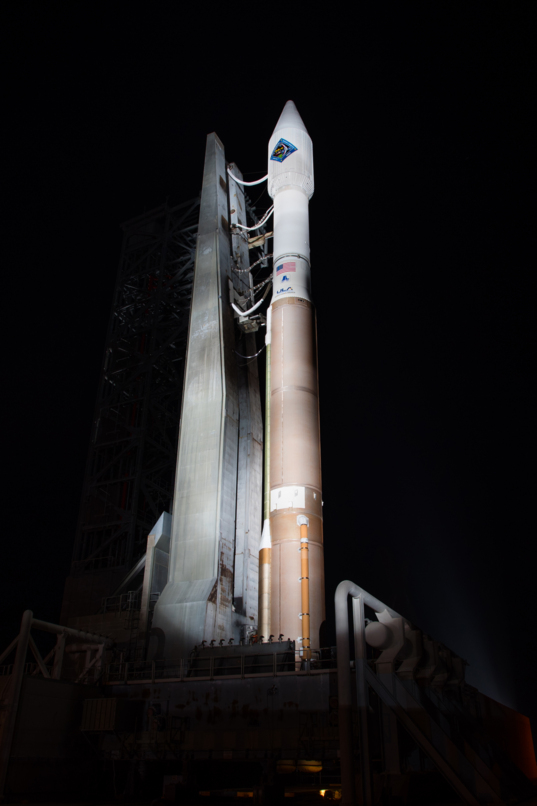 Atlas V and Cygnus on the pad at night