LightSail's flight cameras are being prepped for installation after receiving a software upgrade and checkout from their manufacturer.

At Ecliptic Enterprises Corporation in Pasadena, California, subsystem testing and integration of the solar sailing spacecraft continues. LightSail’s two flight cameras—as well as a third testing unit—were sent back to The Aerospace Corporation to receive a final firmware update and system checkout. The two flight cameras were recently returned to Ecliptic, where engineers are preparing to install them aboard the spacecraft. The third camera made its way north to San Luis Obispo, California, where it was integrated with LightSail's acrylic-mounted engineering clone, BenchSat.

After all component-level hardware testing is complete and LightSail has been re-assembled, the spacecraft will move on to system-level testing. On December 14, a testing readiness review will be held at The Planetary Society. System testing includes boom and sail deployments, along with a day-in-the-life test.

LightSail integration and testing lead Riki Munakata recently snapped some pictures of the spacecraft in Ecliptic's clean room. The series shows engineer Stephanie Wong preparing to mount one of the recently returned flight cameras to a solar array. 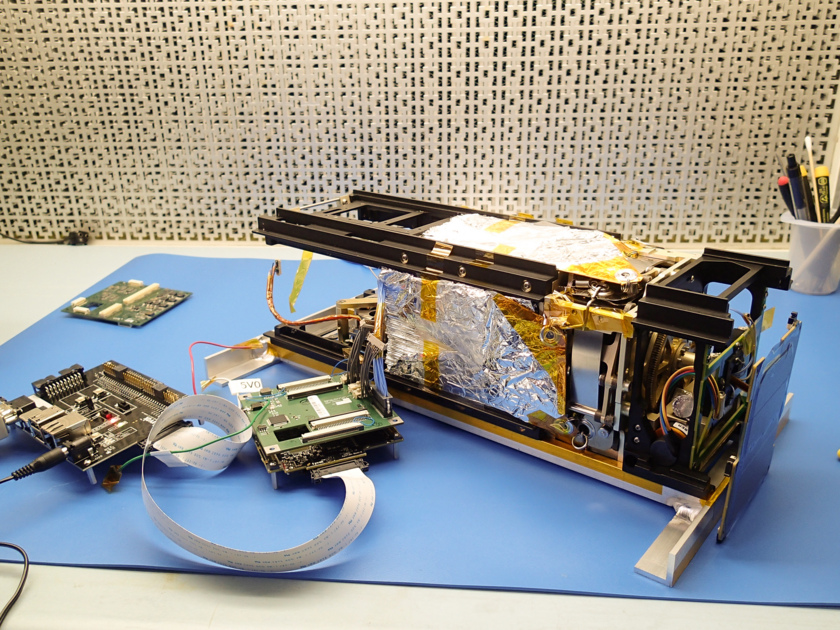 The LightSail 2 spacecraft in the clean room at Ecliptic Enterprises Corporation. 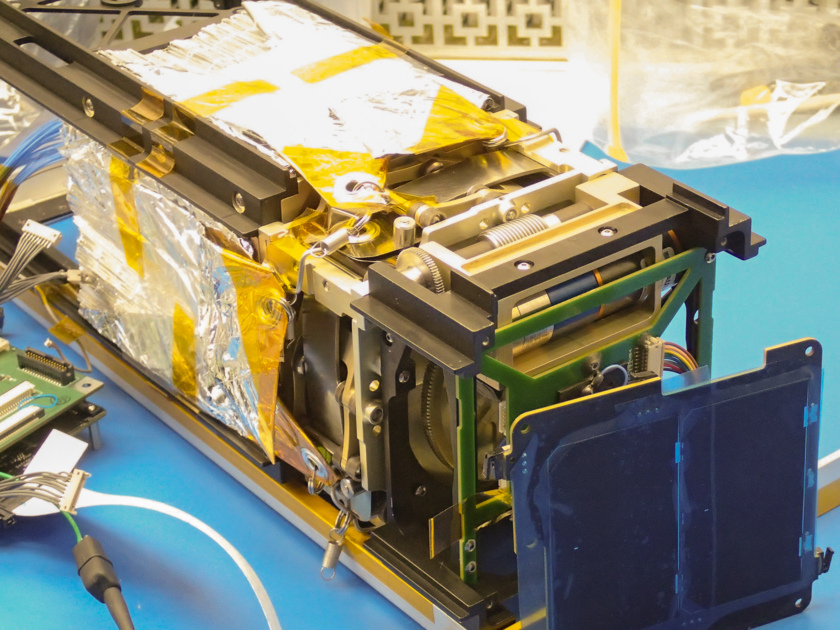 The aft compartment of LightSail contains the sail deployment motor. It is located just beneath the boom storage compartment. 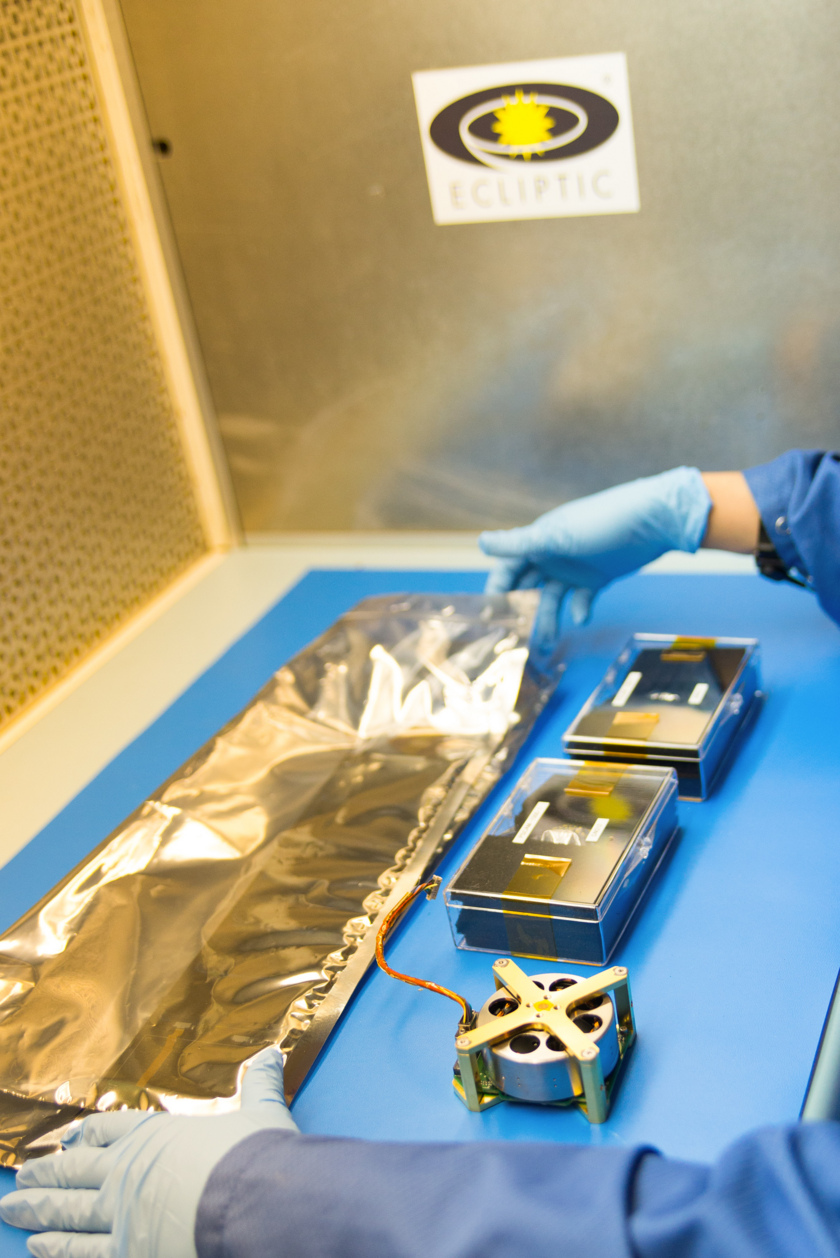 Stephanie Wong unwraps a LightSail solar array from a bag used to protect the array from electrostatic discharge. Sitting on the table is a momentum wheel and the spacecraft's two flight cameras. 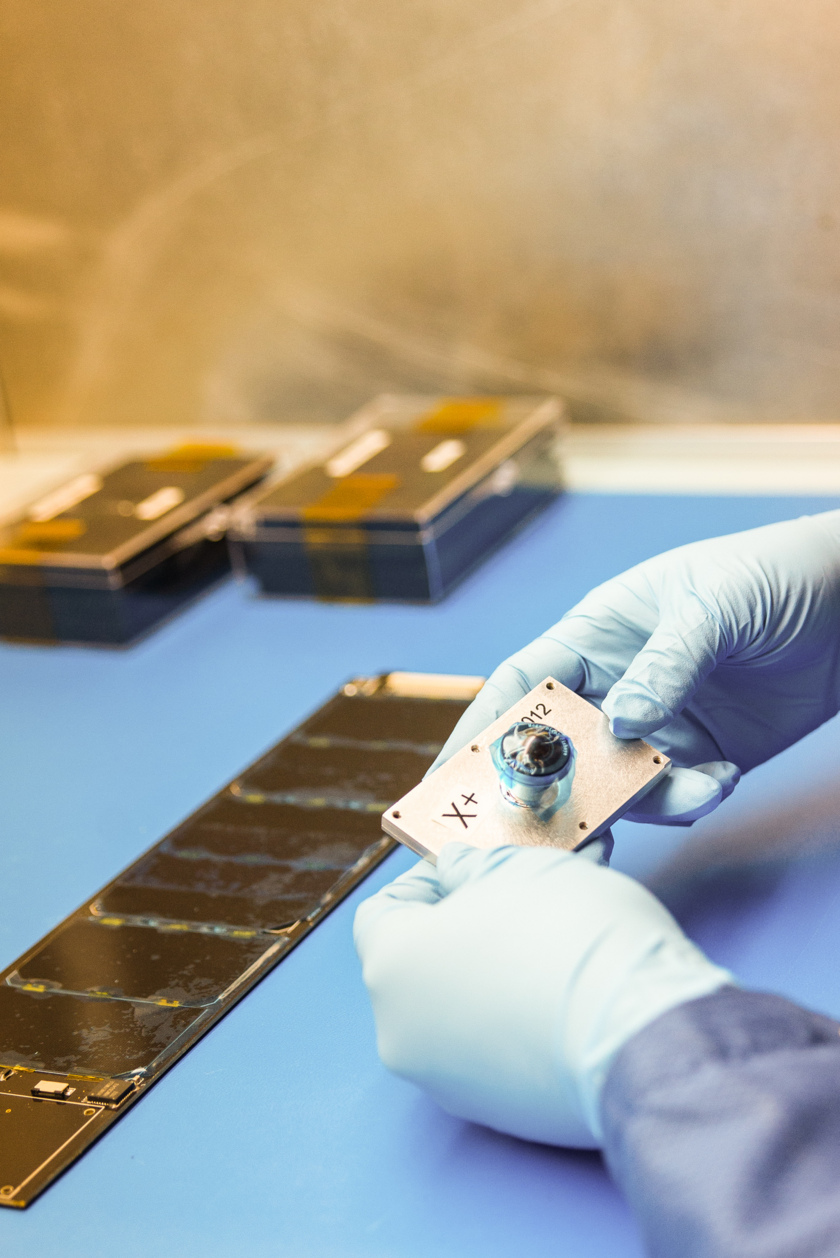 A LightSail 2 PSCAM (Planetary Society Camera) is prepped for installation on the spacecraft's +X axis. 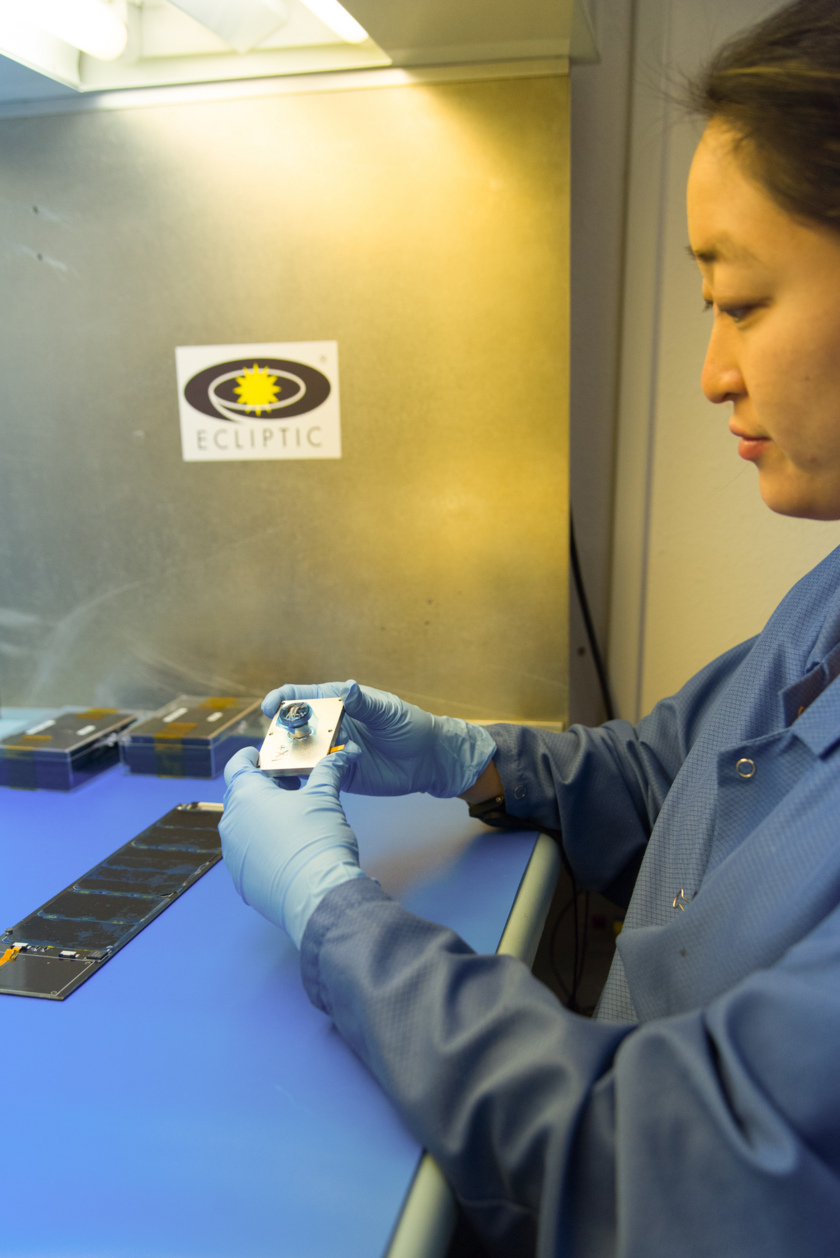 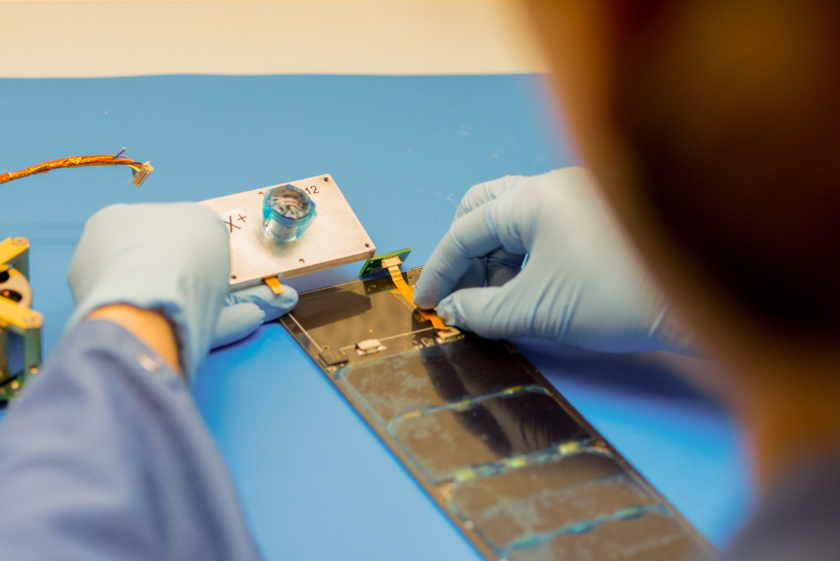 Stephanie Wong prepares to stake a flight camera to LightSail's solar array. The camera will be used to image the spacecraft's solar sails in Earth orbit. 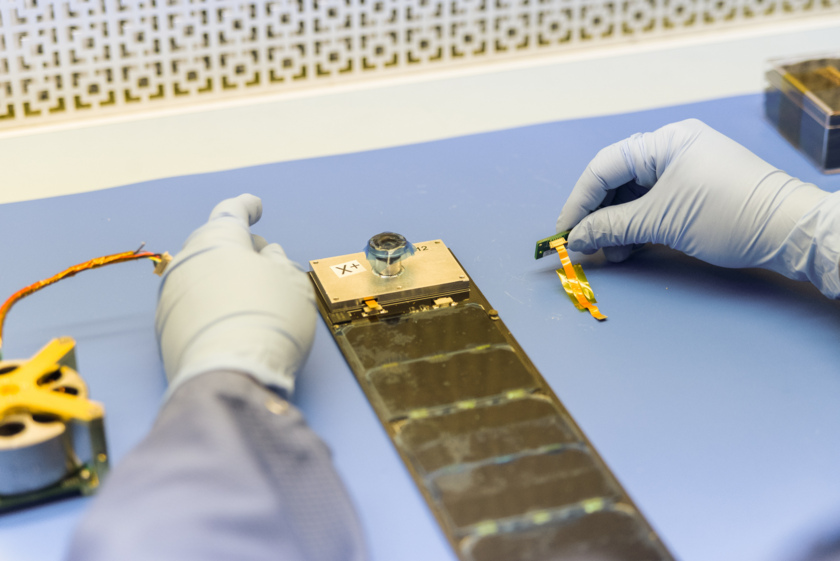 Camera on the solar array

LightSail's camera sits in position at the end of the spacecraft's +X axis solar array.

Oh yes. Steady progress is being made.

I hope SpaceX gets its Falcon 9 Heavy ready in good time in 2016 to launch Light Sail 2, that the launch is successful and we can see the Planetary Society demonstrate solar sailing.