In Pictures: Orion, SLS Hardware on the Move

November is shaping up to be a busy month for Orion and Space Launch System hardware. For the first time since the space shuttle program, a human-rated flight engine was lifted into a test stand at NASA's Stennis Space Center in Mississippi. And in Turin, Italy, a test version of the Orion service module is getting ready to cross the Atlantic.

We begin in Mississippi, where officials at Stennis completed the seventh and final test firing of a development RS-25 engine back in August. Four RS-25s will power the SLS core stage. Now, it's on to flight hardware certification. Engine 2059, slated for the first crewed SLS flight, Exploration Mission 2 (EM-2), was installed in test stand A-1 earlier this week. All four EM-2 engines are scheduled to be individually test-fired over the course of fiscal year 2016. The four engines that will fly on the Space Launch System's first mission, EM-1, will be integrated into the vehicle's core stage and fired simultaneously on another test stand, B-2.

It's an important milestone. You're looking at one of the actual engines that will be used to power humans off the Earth for a trip to the moon: 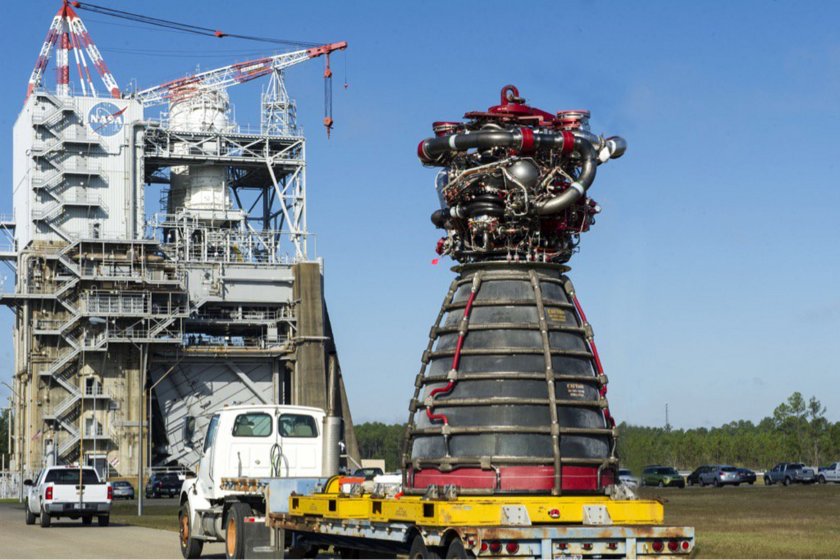 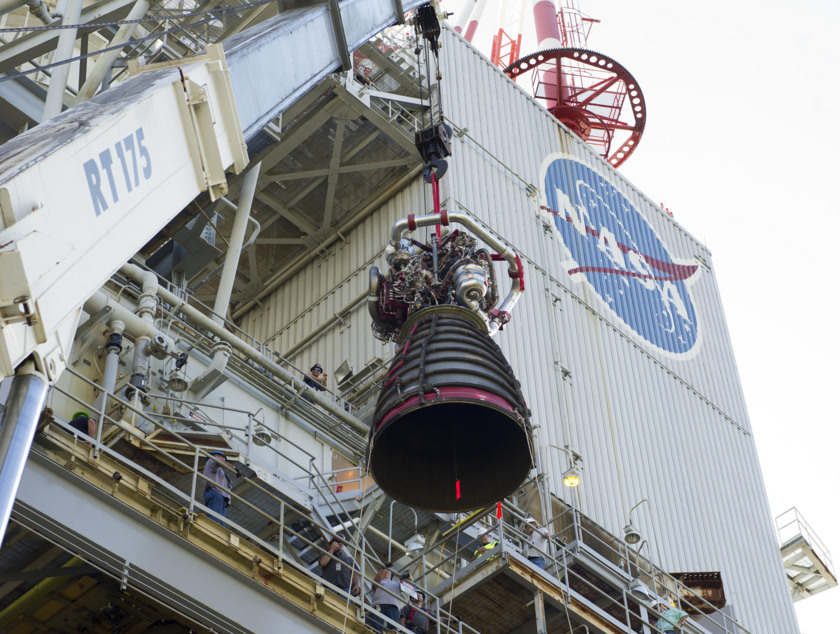 RS-25 engine 2059, which will be used for the first crewed flight of the Space Launch System, is installed on test stand A-1 at NASA's Stennis Space Center.

Meanwhile, employees at one NASA vendor posed for a picture with some other important pieces of SLS hardware. From bottom to top are a mix of structural test articles and flight panels for the liquid hydrogen tank, intertank, liquid oxygen tank, forward skirt, launch vehicle service adapter, and Orion. 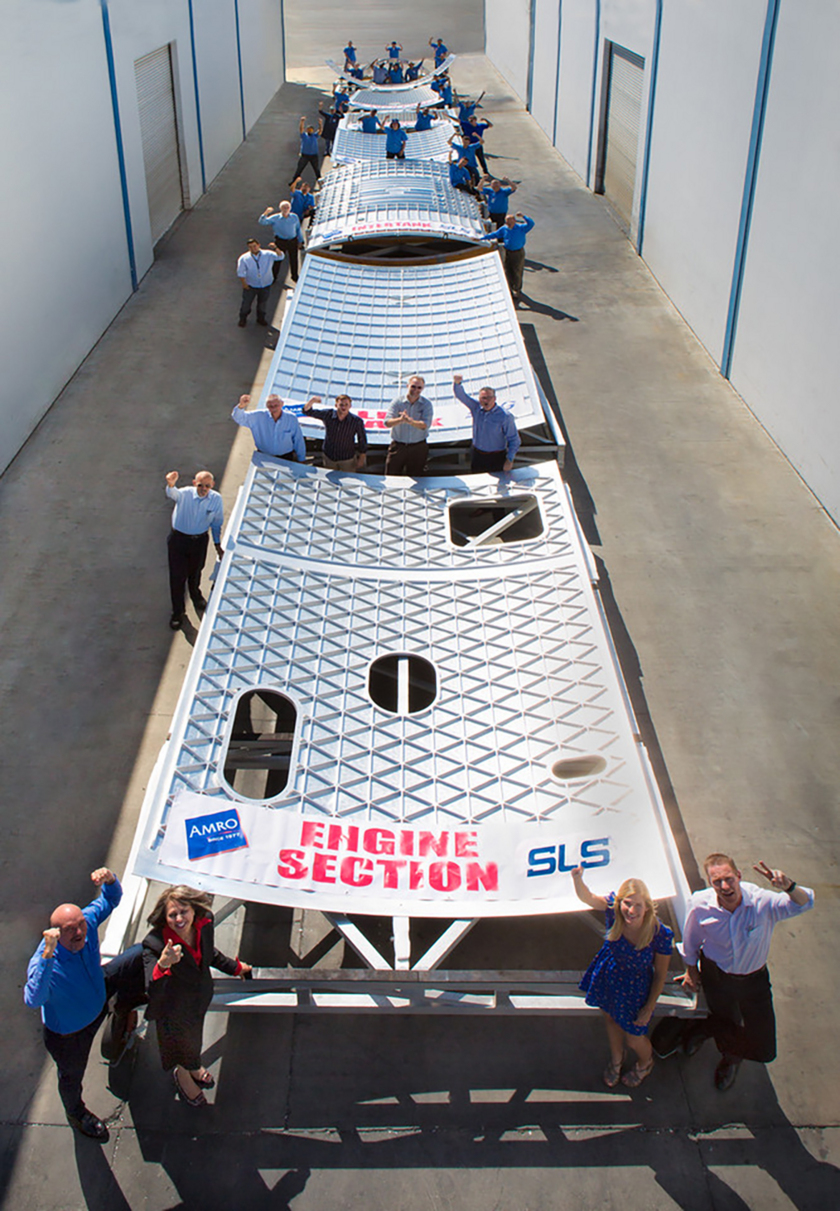 Employees at AMRO Fabricating Corp. in South El Monte, California, show off completed SLS panels. Some of the panels are flight-ready; others are structural test articles.

In Turin, Italy, the European Structural Test Article (eSTA) for Orion’s service module is ready to ship to NASA’s Plum Brook Station in Sandusky, Ohio. NASA is confident enough in the ship date to invite reporters to Sandusky for a media event to view the eSTA in late November. At Plum Brook, the service module will be subjected to a "multi-month test campaign to ensure it can withstand the trip to space." Meanwhile, the flight service module for EM-1 is being constructed in Bremen, Germany, and is scheduled to be finished in mid-2016.

Here are some eSTA integration pictures. You can also also watch some fascinating B-roll of the eSTA coming together. 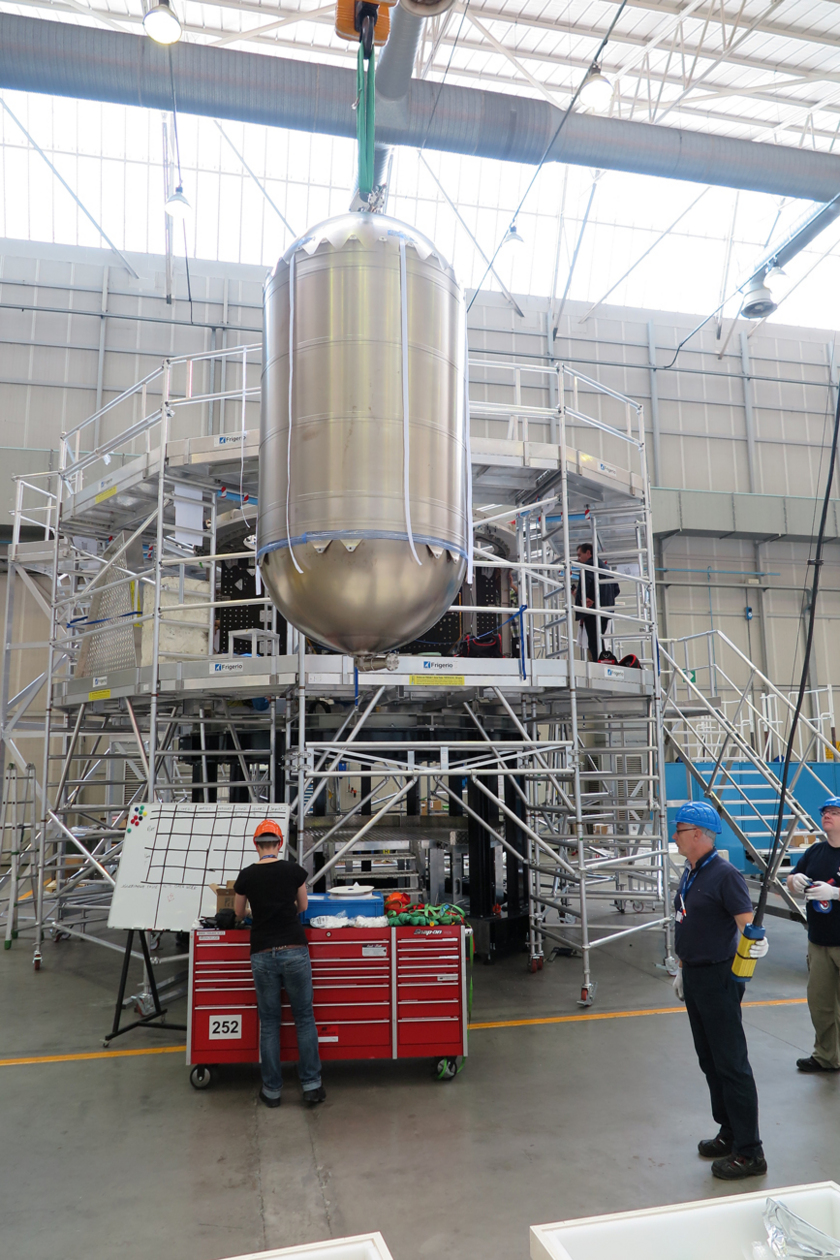 A propellant tank is raised prior to being installed in the Orion European Structural Test Article. 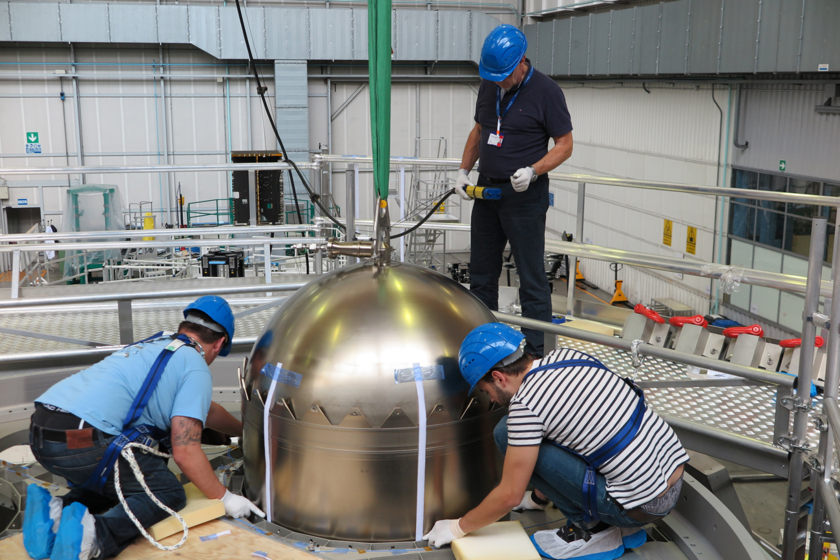 A propellant tank is lowered into the Orion European Structural Test Article. 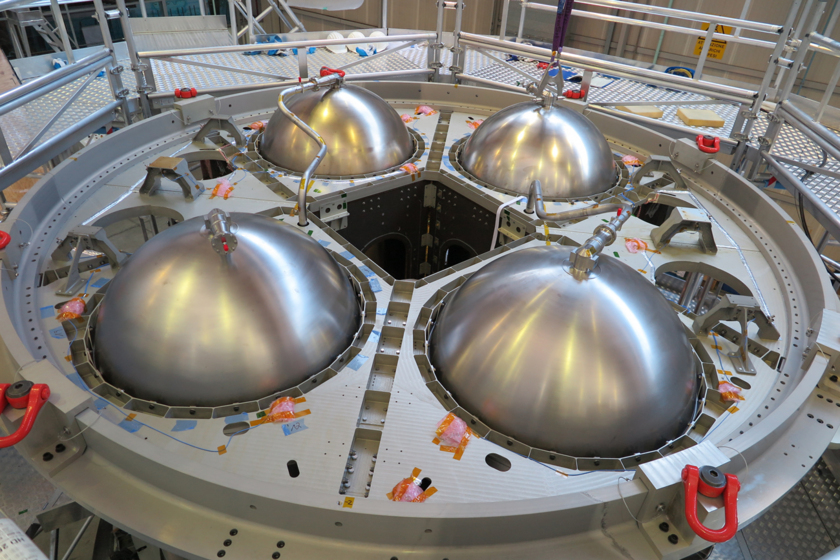 A test version of the crew module adapter, which connects Orion's service module to the spacecraft's main capsule, is already at Plum Brook awaiting testing: 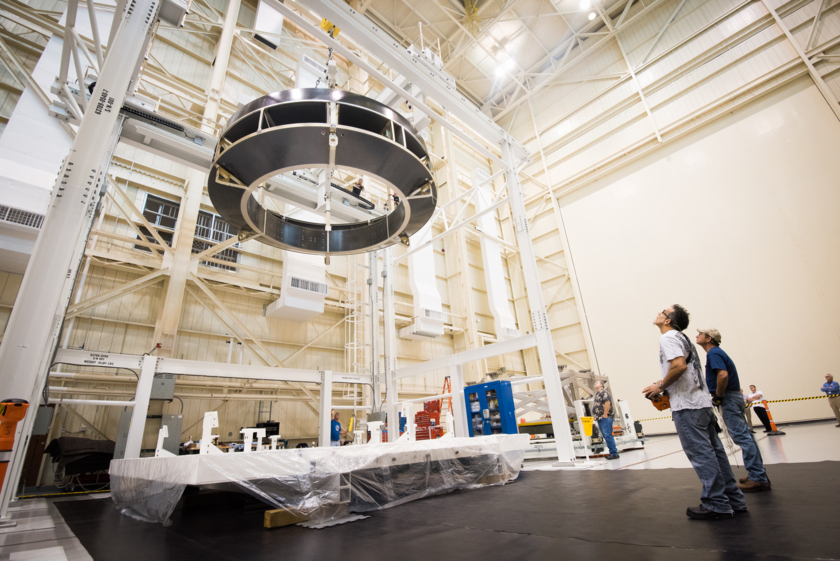 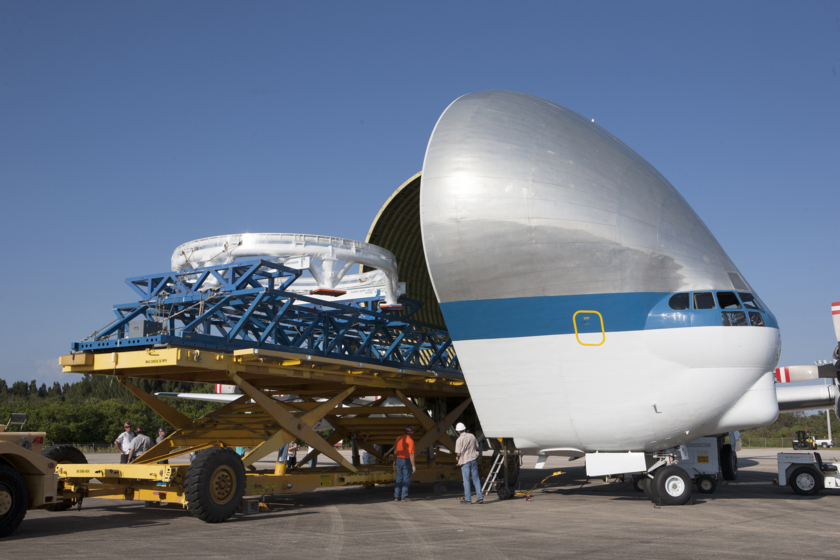