On Station's 15th Anniversary, A Look at Astronaut Utilization

Monday morning, the six humans not currently living on Earth gathered together in the International Space Station for a televised media event. On November 2, 2000—5,478 days earlier—William Shepherd, Sergei Krikalev and Yuri Gidzenko docked their Soyuz spacecraft to the station's Zvezda module, kicking off fifteen years of uninterrupted human presence in low-Earth orbit. The station was a lot cozier back then, with just three modules: Unity, Zarya and Zvezda. It's now as voluminous as a six-bedroom house.

Since 2000, NASA says more than 220 people from 17 countries have visited the station. It's holding up quite well, according to current commander Scott Kelly. "The last time I was here was about four or five years ago," a cross-armed Kelly told a reporter from ABC News. "It doesn't seem like I'm doing any more maintenance than we did then."

Kelly's previous stint aboard the ISS began during Expedition 25 in late 2010. That year, NASA astronauts serving on station Expeditions (excluding visiting crewmembers) logged 19,718 hours aboard the station, according to an analysis by The Planetary Society. It was a high-water mark for U.S. astronaut time aboard the orbiting laboratory. The closest annual total since then was 16,575, in 2013.

Hours spent aboard by Russian Expedition crewmembers, on the other hand, has risen. In 2010, cosmonauts were already spending more time on the ISS than astronauts, logging 22,021 hours. By 2013, that number had risen to 24,670—roughly 33 percent more time than NASA astronauts that same year.

It's a trend that started roughly with the retirement of the space shuttle. From 2011 through 2014, NASA astronauts spent a third less time aboard the station than their Russian counterparts. Prior to that, NASA versus Roscosmos time was almost evenly distributed.

These figures were collected by Planetary Society volunteer Ken Elchert, a retired aerospace engineer who worked for Rockwell International on the space shuttle program from 1974 to 2002. Elchert meticulously logged the ISS dock and undock times for each Expedition crew member and organized the time intervals by space agency ("other" was used for international partners besides NASA and Roscosmos).

Expedition crew arrival and departure events via the space shuttle are marked in blue font. All times come from NASA's past Expeditions page, with the exception of those marked in red. Elchert also converted all times to UTC for consistency. Here's the raw data set:

View the data set in a new window here.

The last NASA Expedition crewmember to launch from American soil was Nicole Stott, who returned home with STS-129 in November 2009. Since then, all ISS Expedition personnel have used the Russian Soyuz spacecraft. 2009 was also the last year NASA spent more time aboard the ISS than any other space agency.

Wednesday morning, NASA announced it will soon begin accepting astronaut applications for its next batch of space explorers. Two American commercially operated spacecraft are expected to be up and running within the next couple years. That will give NASA a capability it has lacked since 2011—the ability to fly its own astronauts to the space station.

"Flights in Boeing’s CST-100 Starliner and SpaceX Crew Dragon will facilitate adding a seventh crew member to each station mission," reads the NASA statement, "effectively doubling the amount of time astronauts will be able to devote to research in space." For NASA, those flights can't come soon enough. The space agency considers the station, which will remain operational through at least 2024, a vital part of its humans-to-Mars strategy. If that's the case, raising the blue line in the above graph will be an important early step. 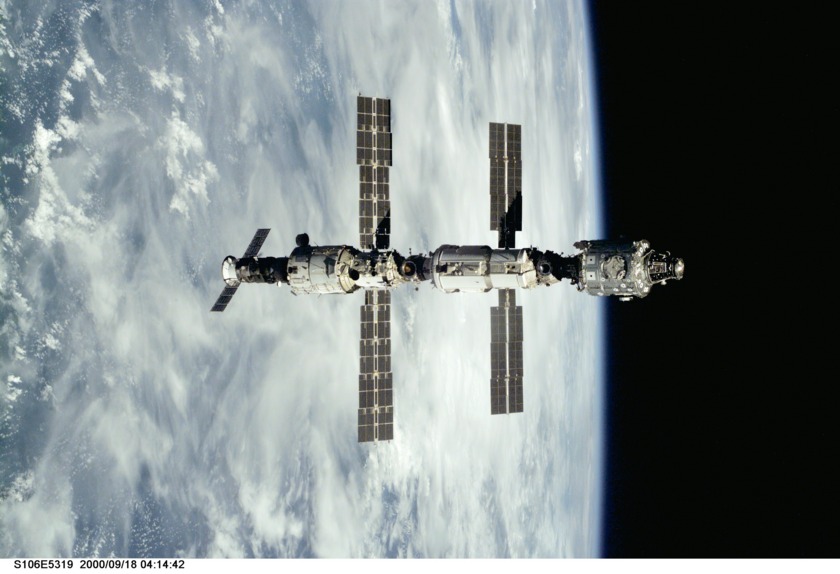