A ten-day International Space Station taxi flight is underway following the liftoff of a three-person crew from Kazahkstan. Sergey Volkov of Roscosmos, Andreas Mogensen of the European Space Agency and Aidyn Aimbetov of KazCosmos, the Kazakh Space Agency, launched into orbit aboard Soyuz TMA-18M Wednesday at 10:37 a.m. local time (12:37 a.m. EDT, 4:37 UTC). The crew will spend two days traveling to the station, pulling into port Friday, September 4. Because the ISS recently moved to avoid some wayward space debris, the new six-hour fast track Soyuz flight was not an option. 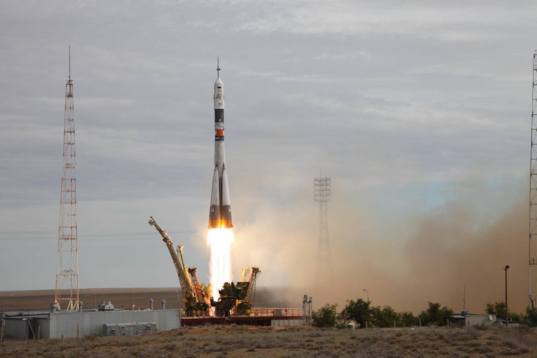 It will be a short stay for Mogensen and Aimbetov. The two rookies will return to Earth Saturday, September 11 with cosmonaut Gennady Padalka, who launched to the station with one-year ISS crew members Scott Kelly and Mikhail Kornienko in March. Kelly and Kornienko's original Soyuz, TMA-16M, must be swapped out due to the spacecraft's half-year orbital lifespan. Sergey Volkov will remain aboard the station with the one-year crew until next year.

Mogensen and Aimbetov are both spaceflight rookies. Mogensen, a European Space Agency astronaut from Denmark, will perform a number of technology demonstrations aboard the ISS, including remote controlling a rover on the ground, and wearing a special body-squeezing garment designed to simulate the effect of Earth's gravity. Aimbetov, according to an article by the Moscow Times, is just Kazakhstan's third cosmonaut. The translation of a statement on the KazCosmos website calls Aimbetov "a true patriot of his country." 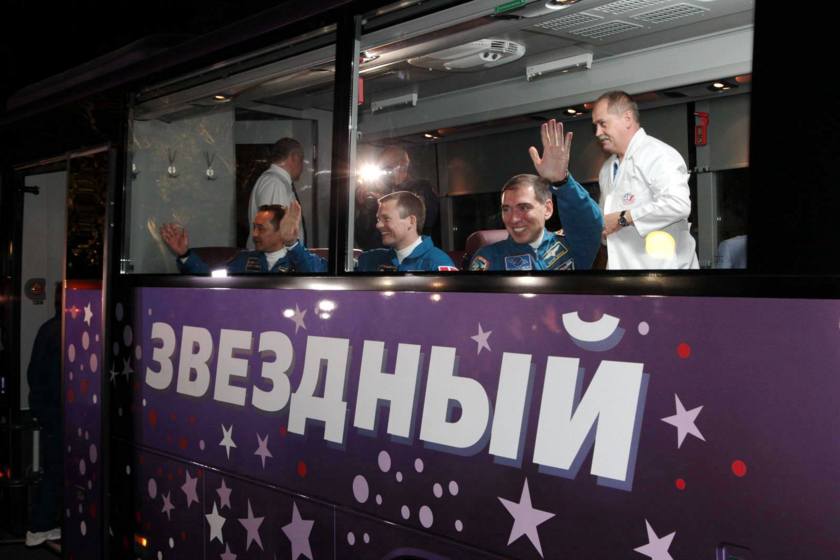 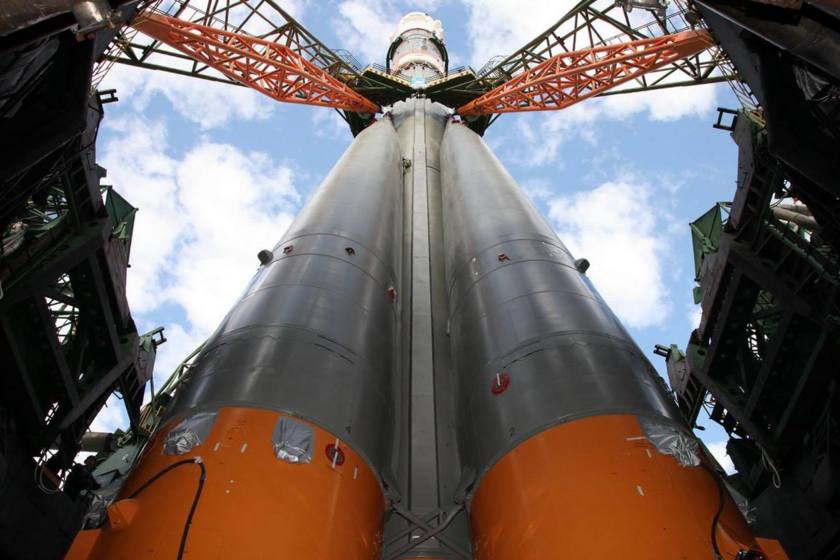