The ensuing six-hour journey to the International Space Station was not without incident. The Soyuz TMA-17M spacecraft's port-side solar panel did not deploy, giving the vehicle an appearance of a one-winged bird as it approached the orbital outpost. Either just before or after the Soyuz made contact with the Rassvet docking module, the panel sprung free, and cosmonaut Gennady Padalka radioed the news to Russian ground controllers.

New #ISSCrew arrival. The other solar array snuck out between my taking this photo and docking. #YearInSpace pic.twitter.com/wNLUz7qa3u 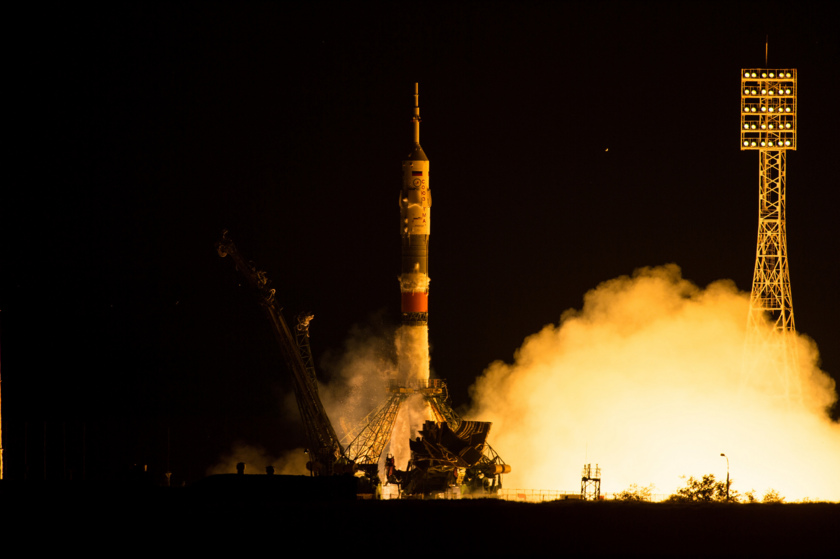 The arrival of the three spacefarers returns the station’s crew complement to six, ending a longer-than-average interim since the last crew departed on June 10. The launch also marks an important milestone for Russia’s Soyuz rocket, which botched a Progress spacecraft deployment in May. Though Russian investigators were confident the issue was isolated to a single Soyuz-Progress variant and would not affect crewed flights, NASA and Roscosmos, the Russian Federal Space Agency, opted to delay the launch schedule while the investigation continued. As a result, European Space Agency astronaut Samantha Cristoforetti racked up the longest-ever stay in space by a female astronaut—199 days.

For the next month, it will be business as usual aboard the ISS, which is hosting one-year crew members Scott Kelly and Mikhail Kornienko. On September 2, a Soyuz piloted by cosmonaut Sergey Volkov will arrive with ESA astronaut Andreas Mogensen. Volkov will trade places with Padalka, who originally launched with Kelly and Kornienko in March, and remain aboard the station until the mission wraps up next year.

Padalka will then return to Earth with Mogensen—a rookie whose first space journey will only last ten days. Padalka joins Samantha Cristoforetti in the record books with another space accomplishment: The Russian is now the record holder for the most cumulative days in space. When he returns home in March, he will have lived off the planet about 878 days—more than four percent of the 57-year-old's life. 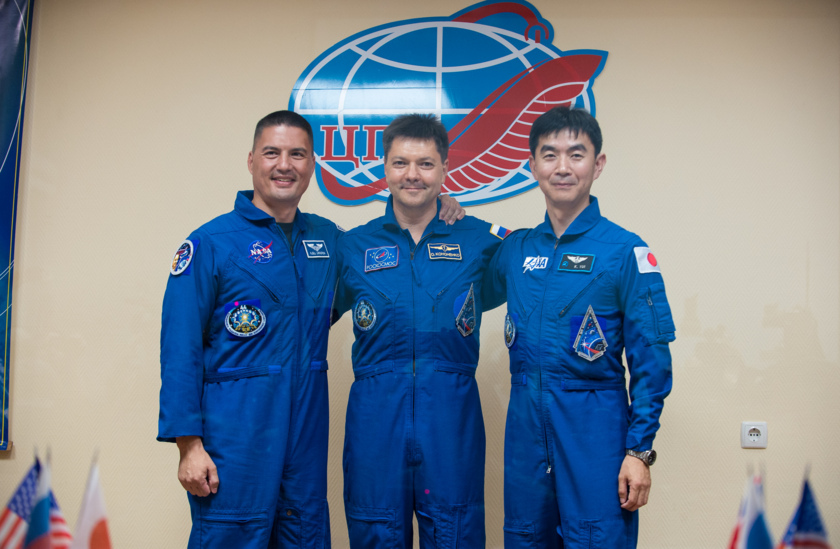