A SpaceX Crew Dragon spacecraft rocketed into overcast skies under its own power at Cape Canaveral this morning, completing a critical milestone necessary to certify the spacecraft for crewed flights in 2017. The spacecraft’s pad abort test showed Dragon can blast its crew to safety if its Falcon rocket has a catastrophic problem before launch.

At 9:00 a.m. EDT (13:00 UTC), Crew Dragon’s eight SuperDraco engines ignited, pushing the spacecraft away from the launch pad. Just five seconds later, the burn was complete, with the vehicle reaching a top speed of 555 kilometers per hour (345 miles per hour). Dragon’s unpressurized trunk section was jettisoned, and two drogue parachutes were released to stabilize the vehicle. Three main parachutes deployed next, bringing the spacecraft in for a gentle splashdown off the Atlantic coast. The entire sequence lasted about one minute, forty seconds.

In a press statement prior to launch, SpaceX cautioned the nature of the test meant the odds of encountering problems were high. On the flight communications loop, the phrase “slightly below nominal” was heard—with Elon Musk confirming later one of the SuperDraco thrusters underperformed. Nonetheless, the test successfully demonstrated an end-to-end pad abort test. If NASA certifies the results, it will net the company $30 million as part of its original Commercial Crew integrated Capability award. SpaceX, along with Boeing, hopes to begin crewed flights to the International Space Station in 2017. 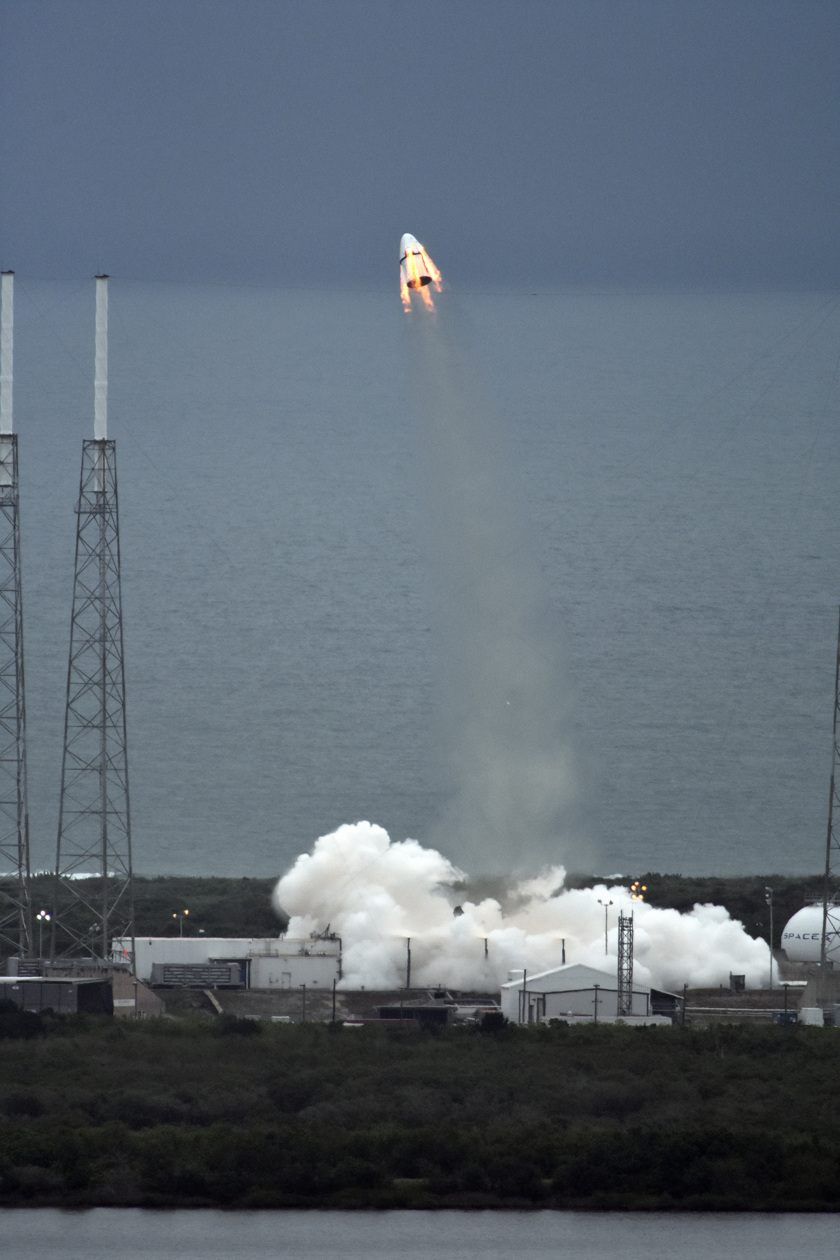 SpaceX's Crew Dragon rockets away from the launch pad during a pad abort test on May 6, 2015. 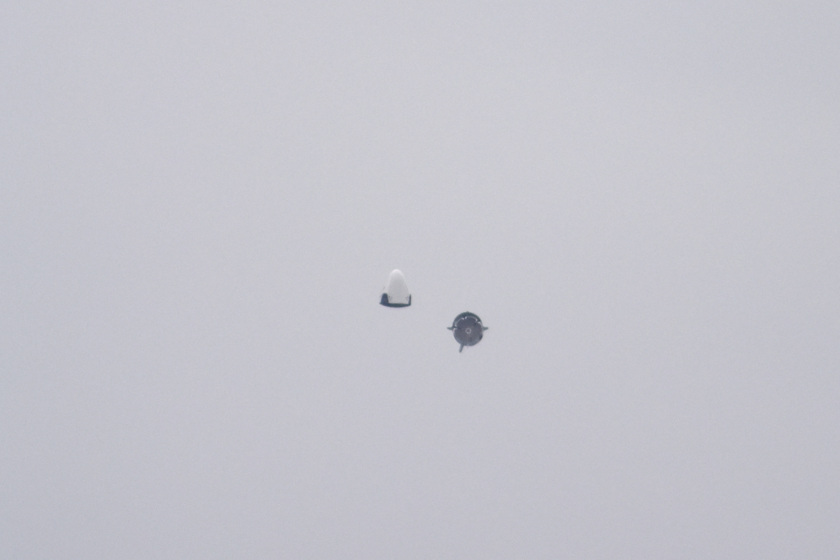 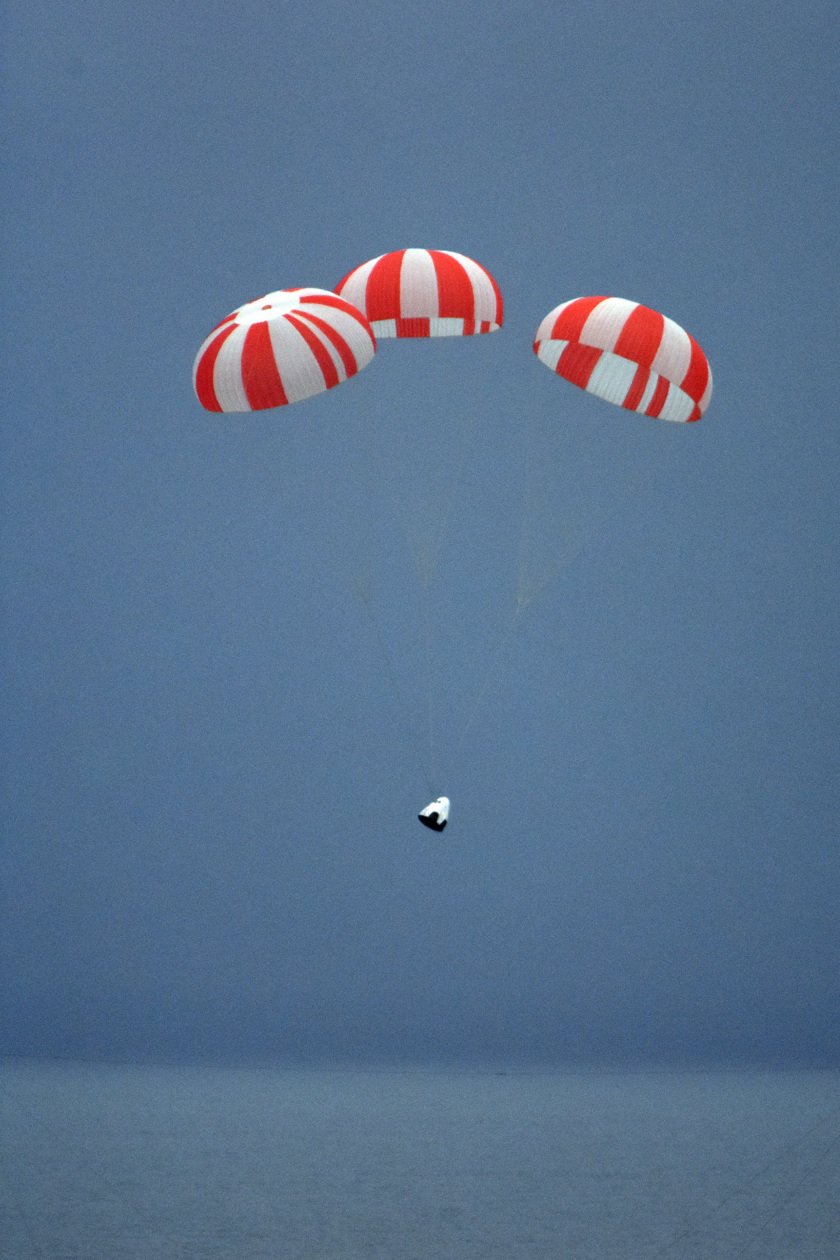 Floating toward the Atlantic

A Crew Dragon floats toward the Atlantic Ocean under its three main parachutes following a pad abort test in 2015.

Much less likely to kill than an explosion on the launch pad, but that parachute deployment sure caused some vicious yanks of the crew module. Ooof!

Good to see some private enterprise at work in the space exploration business. Hope to see many more successes with SpaceX in the near future. Keep up the good work!!!