"Think of the rivers of blood spilled by all those generals and emperors so that, in glory and triumph, they could become the momentary masters of a fraction of a dot."

As the crisis in Ukraine continues, relations between Russia and the West are plummeting. While NASA has committed to operating the International Space Station through 2024, Russia has not signed on beyond 2020. That could certainly change, but for now, future space collaboration between the U.S. and Russia looks bleak. Life aboard the actual station, however, remains relatively unchanged. So far, the only reported conflict among the six humans living above our planet was Alexander Gerst shaving the heads of Reid Wiseman and Steve Swanson after America's 2-1 World Cup loss to Germany.

With that caveat in mind, here's a suggestion: You should really follow Roscosmos on Facebook and Twitter. Their Western social media footprint is modest (4,000 Facebook likes, compared to NASA's 6.4 million), but they post updates daily—especially on Facebook. It's there that you'll find the contributions of cosmonaut Oleg Artemyev, who currently serves as a flight engineer for Expedition 40. Artemyev was born in Latvia within the boundaries of the Soviet Union. He served in the Soviet army, and participated in the Mars-500 long-duration crew experiment.

Both Twitter and Facebook do a pretty good job translating Russian to English, so it's not hard to follow along (assuming you speak English but not Russian). Roscosmos posts gobs of Artemyev's ISS photographs to Facebook. They also show up on Artemyev's blog, Twitter and Instagram accounts. Many are oblique shots, probably taken from the station's Russian segment. To me, they have a pleasant tinge of unfamiliarity. Here are a few of my favorites. 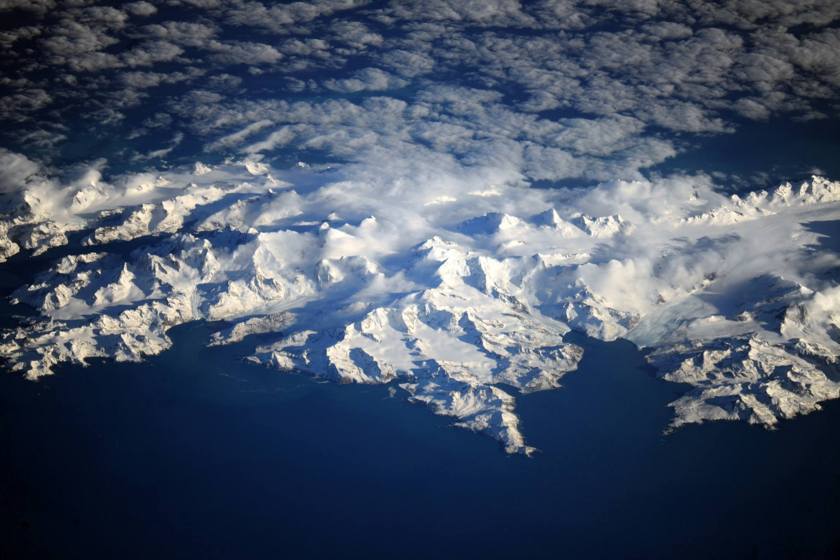 South Georgia is a remote island in the southern Atlantic Ocean. 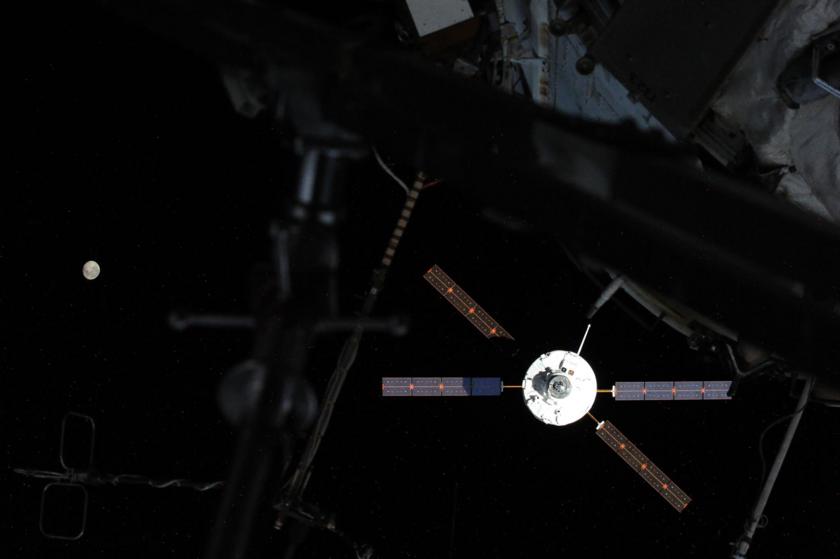 ATV-5 and a waning moon

A waning moon greets the European Space Agency's ATV-5 supply spacecraft as it prepares to dock with the International Space Station. 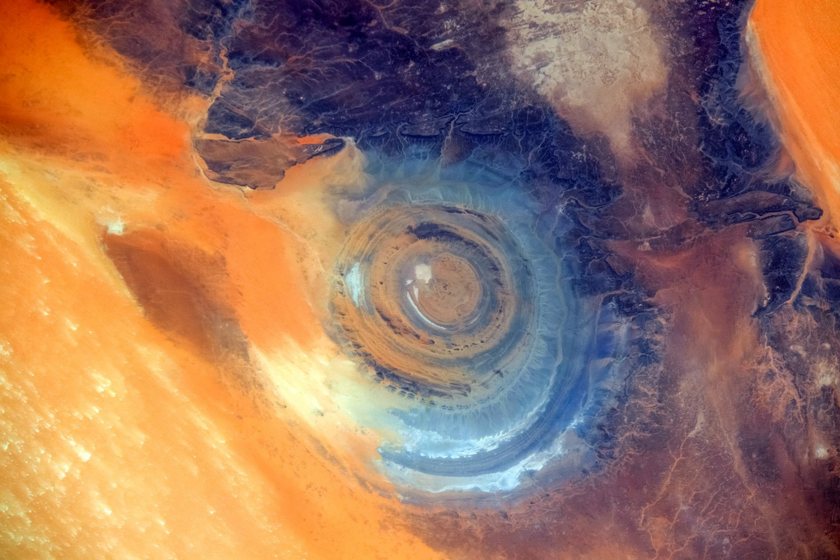 Eye of the Sahara

The Richat Structure, known as the Eye of the Sahara, is a geologic landmark in the North African country of Mauritania. 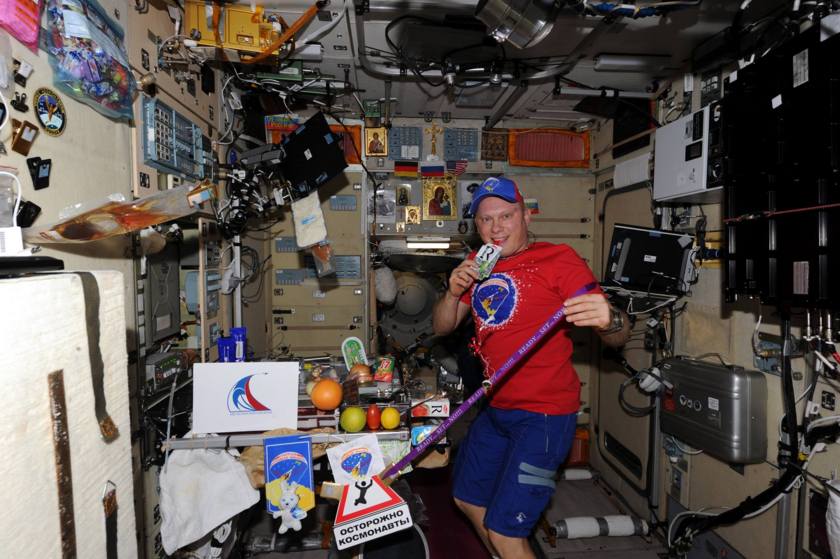 Cosmonaut Oleg Artemyev poses in the Russian segment of the International Space Station. The original Facebook caption congratulates Russian paratroopers on a recent holiday, and prompts viewers to count the number of parachutes in the photograph. Artemyev is quoted in the caption, saying potential cosmonauts undergo parachute training, and that his safe return to Earth is dependent on a parachute. 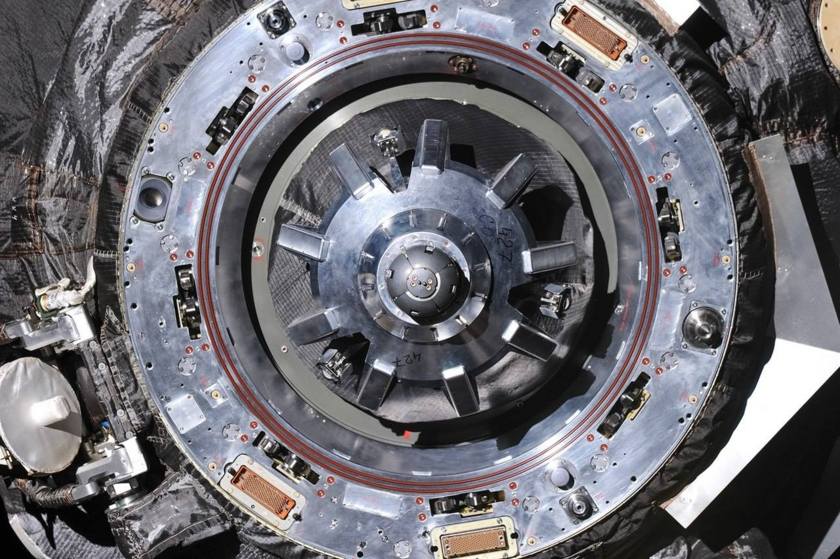 The Progress M-23M spacecraft departs from the ISS on July 22, 2014. The vehicle's serial number, 427, is hand-written on the docking hatch. 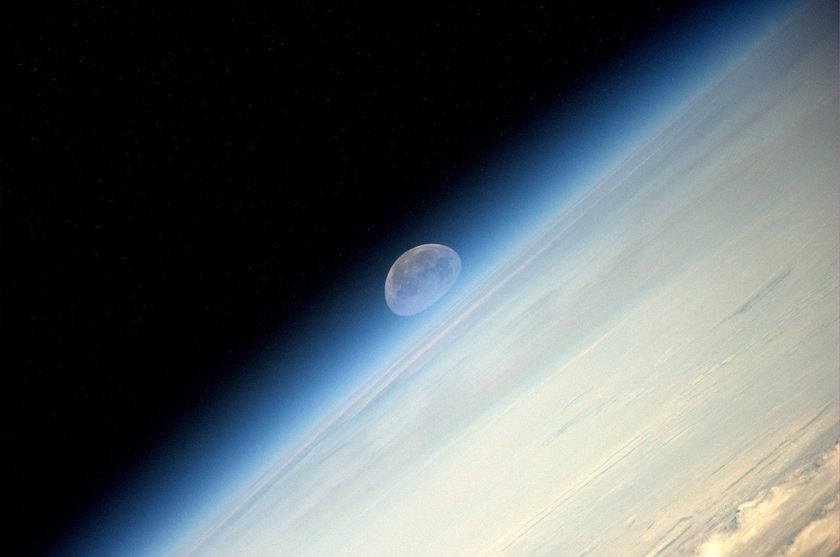 The Earth's atmosphere distorts an image of the moon as it sets on Aug. 10, 2014. The full moon coincided with its closest approach to Earth, resulting in a so-called "supermoon." 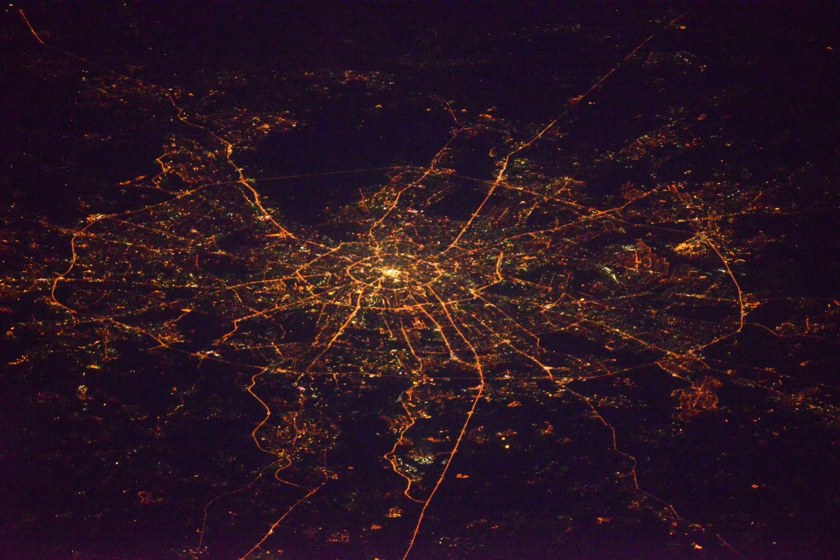